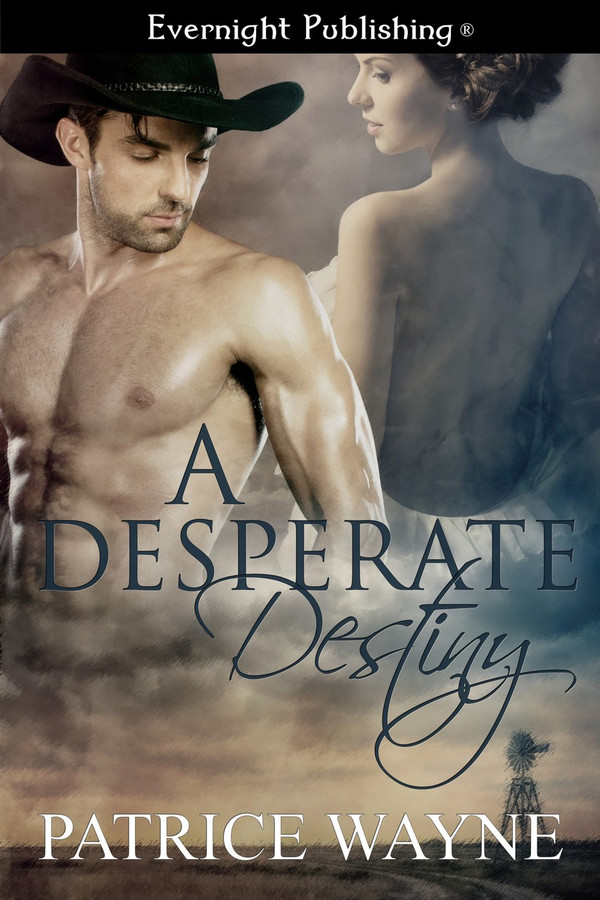 There’s nothing Oklahoma farmer Henry Mink won’t do for his family—even turn to crime out of desperation.  With his daddy dead, Henry’s the man of the house for his mother and four younger siblings. No rain in the summer of 1933 brings more bad news. When the local banker wants the mortgage paid, Henry can’t come up with the money but if he doesn’t, the Minks will be homeless.

Jobs are scarce so he decides to follow Pretty Boy Floyd’s lead and rob a bank but his gal, Mamie Logan, doesn’t think much of the idea.  Neither does Henry’s kid brother, Eddie but there aren’t any other options.  One bank heist isn’t enough and an unexpected near tragedy brings Henry home with a need for more money. Things get trickier and more dangerous by the day but he’s sure one more robbery will put them sitting pretty.

Life, however, seldom goes as planned and his desperate efforts will either fulfill his destiny—or destroy it forever.

The crisp contrast between the cool night and the heat of his increasing passion sent shivers through Henry’s body. Mamie pressed her body against his as he drove the few blocks over to where she boarded. Following her plan, he made a show of walking her to the front door, gave her a chaste good night kiss, and ambled back to his car. He drove off after she entered the house with a jaunty wave and headed back toward the downtown district.

Henry parked along a dark side street and walked down the alley running behind the Stephens’ house. The old gate to the backyard squeaked when he lifted the latch, but he stepped through, minimizing the sound as best he could. On the way to the rear door, he stumbled over a Radio Flyer wagon and swore under his breath. When he fumbled his way to the back porch, the door swung open wide and Mamie ushered him inside. Without any greeting, she linked her hands behind his neck and kissed him, her mouth sweeter than any honey he’d ever tasted.

“Oh, Mamie,” he said as she released him to take hold of his hand.

A narrow flight of steps led straight up from the kitchen to the upstairs hall. If Henry remembered the layout of the house, the broader front staircase ascended from the small entryway. Mamie’s bedroom, smallest of all, lay at the rear of the house and overlooked the house next door. He knew which one belonged to her because he’d often watched the light come on inside after dropping her off, but until now he’d never set foot within it.

Henry watched as she pulled the drapes before switching on a small, white, milk glass hurricane lamp on the bedside table. The soft electrical light illuminated the room and tossed shadows high on the Art Deco wallpaper, a busy pattern featuring red diamonds and black X’s divided by squiggly gray lines. He noted how sparse the room seemed with nothing more than a single maple bed, a simple dresser, a small desk, and a chair. Although he saw a bouquet of dried flowers and the one studio portrait he’d ever had made of himself on the dresser, the room lacked any personal touch. If it wasn’t for the faint scent of Mamie’s sachet powder, a light fragrance with a Frenchified name, Henry couldn’t have guessed she lived here.

Accustomed to coal oil lamps, a candle, and even old-fashioned grease lamps, Henry thought the unfamiliar electric light gave an exotic look to Mamie’s face. Someday, he figured the power company would run lines out to the rural areas, but until they did, his family managed the same way previous generations did. He reached for her and hesitated because suddenly the harsher, brighter light seemed all wrong for intimacy.

“Turn off the lamp and open the curtains,” he said. “It’s too much light with the lamp on.”

Mamie sent him a perplexed look, but she turned off the light and opened the drapes. As soon as his eyes adjusted he could see her silhouette, and he crossed the floor, which creaked beneath his heavier tread, in two strides. He slipped one arm around her shoulder, the other around her slender waist, and pulled her close to him. Henry kissed her with all the hunger built up over recent weeks, his want spilling from him with the force of floodwaters overflowing a river’s banks. Her mouth met his with the same ravenous appetite, the kind born from famine, and Mamie gave him back heat, sweetness, and desire.

Soft light from the rising moon sent silver illumination across her face as he undid her many buttons, one by one, with his work-calloused fingers. When he reached the last one, Mamie stepped out of the garment and it reached the floor, discarded and forgotten. Henry fingered the thin straps of her camisole, then slipped it from her just as Mamie slid and stepped out of her drawers. Faster than a snake shedding away its old skin, Henry shucked out of his clothing until he stood nude before her, his cock proud and erect. Goose pimples rippled across his back as cool air from her unheated room wafted over him, and he watched the same appear on her creamy skin.

Henry couldn’t wait any longer so he backed onto the narrow bed where Mamie sat alone and took her. He nailed her with swift, intense strokes which she seemed to like as much as he did. He gasped aloud with a physical rush of pleasure as her cavity tightened around him. Her legs locked around his torso and held him in place, and he pumped all his pent-up desires into her. She writhed beneath him and her motions fueled his release. In the final moments he saw nothing but an explosion of brilliance behind his closed eyes, and his body discharged his passion into her vessel.  Mamie caught it, held it, and returned it as they hit their peak in unison.

She cried out, wordless and loud with her release, and he made some guttural noise even he didn’t know what to call.  Their shared intimacy left him weak and breathless but feeling finer than he had in weeks.

“I needed it,” he whispered to Mamie as she scooted to lay head to toe in her bed, curled up against his sweaty chest. “I love you, honey.”

“Henry, I love you so much,” she said, nuzzling her chin against his chest. He liked the sensation and his cock twitched as if he might manage a second round.