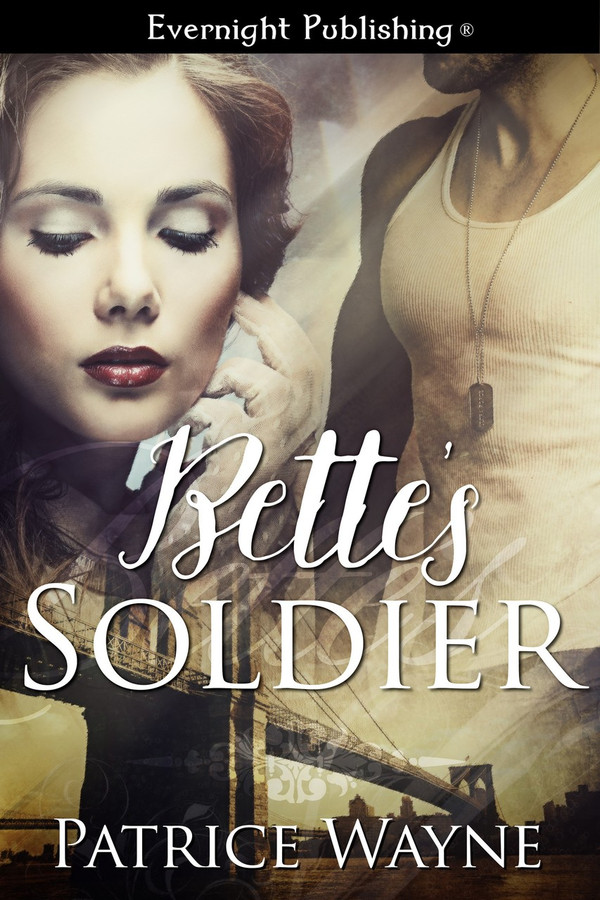 December 7, 1941 changed everything in high school teacher Bette Sullivan’s small town world.  The attack on Pearl Harbor brought war and a new Army base just outside her community.  Soldiers arrived from everywhere including Private Benjamin (Benny) Levy from Brooklyn, New York.  Their chance meeting creates an instant attraction, and soon they’re a couple.  As their families are touched by war and the day draws closer for him to ship out to the front, their intense love spirals to new levels and they can only hope for a happily ever after, someday.

“You look so tired,” Bette said.  He did with dark smudges beneath both eyes. “If you want we can go sit in the porch swing at Aunt Virgie’s or in the front room.”

Benny shook his head. “I’ll catch a nap later this afternoon, if I’m lucky.  I’d like a few more kisses and I doubt your parents would like us spooning out on the porch.”

Another couple beat them to the grotto, so they wandered around the park until they found a vacant bench in the shade.  A few kids played on the teeter-totter and swings, their happy babble setting a bright mood.  Benny put his arm around her and Bette snuggled against him with a contented sigh.  For a few minutes they sat, comfortable with the pose and content with each other.  She’d already come to associate his scent with security and she inhaled it and as they lingered Bette noticed their breath came in tandem, in and out with the same rhythm as if they were one, not two.

Just as she opened her mouth to remark on it Benny took her face and turned it toward him.  With slow deliberation he kissed her, unhurried with such sweetness she forgot to breathe for a few seconds.  His lips caressed her mouth with a fine light touch, as soft as hair blown across her face with a gentle breeze.  Such tenderness evoked the same within and yet triggered desire, too.  Benny cherished her mouth with his, his lips sending shivers through her body despite the hot day, little spirals of chill strong enough to make goose pimples erupt on her flesh.

Bette responded with her mouth, a hankering for something deeper and more intimate rising in her with the force of a rising wind.  She sensed how great it would be to lose her consciousness by drowning in her senses, by molding her body into his.  Bette, virgin as the Mother of God, ached now for the pleasures of the flesh.  Every old wives tale ever heard about sex being dirty or painful or nasty evaporated faster than snow in March and for the first time in her life, she decided sex could be wonderful.

His kisses stirred Bette’s body even as they induced emotion, too sweet to be sinful.  Her body responded to his mouth the way a good corn crop ripened beneath the sun’s warmth.  As her limbs relaxed she leaned into him, one hand holding tight to his arm so she wouldn’t lose balance to tumble from the park bench onto the grass.  The kiss lasted forever, but not quite long enough when Benny paused so they could both breathe again.

His voice trailed off as they burst into laughter, clutching each other in their mirth.  Joy soared as Bette giggled and she didn’t care who heard it.  Happiness at this moment meant being here in the park under a balmy blue sky with Benny’s arm around her, her mouth still tingling from his kiss.