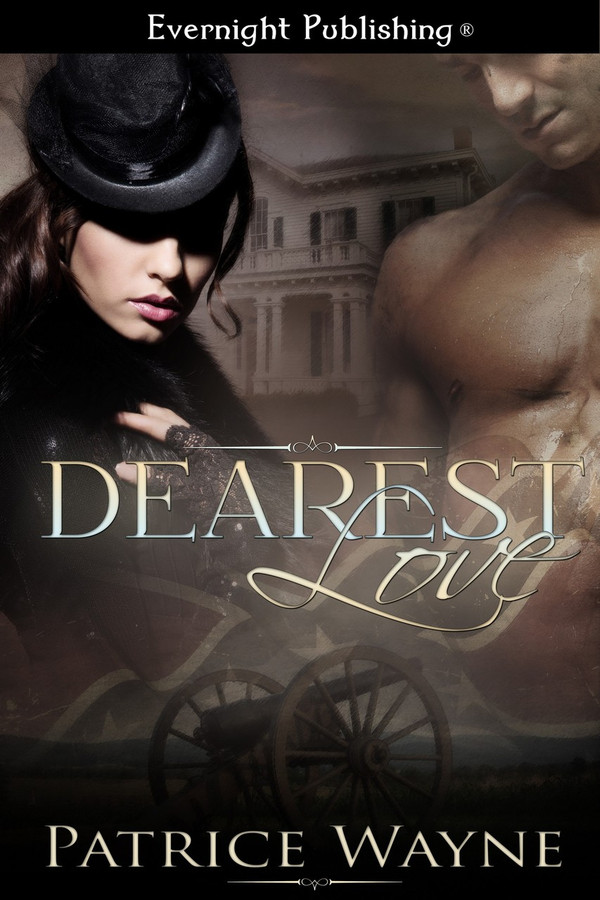 Texan Isaac Barclay thinks the South isn’t all it has been rumored to be. There’s a definite shortage of moonlight and magnolias. He’s yet to meet any Southern Belles, and he’s not sure he’ll survive the Civil War. But, when the Confederate troops fall back into the sleepy town of Vicksburg, Mississippi, he meets a beautiful widow who is as attracted to him as he is to her.

As the Yankees lay siege to the troops and the city, Isaac and Susanna Lambert fall in love. When he suffers from swamp fever, it’s her tender care that keeps him alive but as he weakens, everyone knows he’ll die without quinine. Victory seems unlikely for the Rebel soldiers but Isaac would settle for a happy ending with Susanna back home in Texas—but he has to live before it can be possible.

The fire ignited into a powerful passion strong enough Susanna quivered. His arms went around her and he pulled her tight into an embrace. “If I start, there ain’t no stoppin’.”

“I don’t want you to stop,” she gasped. “But what about Zach? He’ll be back any time now.”

“He’s gone to bed,” Isaac said. “I told him to go on, we needed time. He’s young but he understands well enough.”

In answer she kissed him deeper and he groaned aloud. Isaac lifted her into his arms and swept her from her feet. Susanna placed one arm around his neck, the other she rested against his shoulder. Beneath his shirt, his heartbeat ran fast. “Where?”

Susanna had trouble forming words. “My room,” she moaned.

He carried her down the hallway in a rush as her head spun. She wanted to remind him to blow out the lamp, to shut the door, and most of all urge him to hurry but she couldn’t speak. Isaac pushed open the half-closed bedroom door with his foot, then slammed it shut behind him with the other. When he deposited her on the floor, Susanna reached up and pulled the pins from her hair one at a time. Her braids tumbled down and she used her fingers to unweave them. Isaac undid his shirt and stripped it off. The garment gleamed white on the floor, bright in the darkness. He pulled her close and when her hands touched his bare skin, warm in the heat, she shivered. Isaac undid the buttons on her dress and she stepped out of it. He jerked the strings holding her petticoats in place and they tumbled down. Susanna unlaced the ribbons on her chemise and removed her knee-length drawers as he removed his pants. Beneath them he wore nothing at all.

For the first time in her life, Susanna stood naked before a man and had no shame. She admired his lean body, noted the scars, and marked how his ribs stood out in stark contrast to his shoulders. He’s thin, too thin, but strong, she decided as his biceps rippled and he opened his arms to her. Susanna walked into them and placed her hands against his chest for support. Her legs trembled and shook as she tilted her face upward for a kiss.

Skin to skin, the fine tremors in his body transferred to hers. If she didn’t know better, Susanna would think him cold but despite the rain outside the room was close. He bent with slow, deliberate motions and put his mouth over hers. On impact a wild hunger struck and she used her lips to devour his mouth. His lips overlapped hers and his tongue strayed into her mouth. The unfamiliar sensation pleased her and she ground her mouth tighter for more. Isaac robbed her of breath and then removed his mouth, leaving her wanting.

His lips scorched a path down her throat, tickling and kissing in deliberate torture. Her fingers plunged into his hair and tightened as Isaac’s mouth reached the cleft between her breasts. He kissed each one with such slow, lingering heat, she thought she’d die from it, burned to death. Then his hands caressed each one, stroking the round globes and tweaking the nipples with a light touch. “You’re beautiful,” he told her in a husky whisper. Her knees became rubber and she wobbled, almost falling until he backed her to the bed. Without turning down the covers, Susanna lay on her back and he hovered above her.

Isaac used his lips to blaze a trail down to her honey spot, his tongue sometimes adding an extra fillip to the slow procedure. When he neared her slit, Susanna spread her legs wide to accommodate him. She tensed, expecting him to slam into her with force but instead, he used his fingers to stroke her with easy, gentle motions. His touch sent delightful spirals through her pussy and outward into a wide arc. Sensation consumed Susanna as she yielded to Isaac and let down all her defenses.

He took his time and never hurried. As he pleasured her with his hands, his mouth, and his body, he whispered things to her, sweet and wonderful things. He called her honey, darling, and said how he loved her. Isaac called her name, said it with such affection he made it an endearment, too. Susanna responded with touch. Her hands roamed over his body, stroking, loving. She fondled, she scratched, Susanna rubbed and loved every moment. She gave as well as received

When he rose up to enter her, her body was as charged as the lightning which still forked the sky outside. Everything tingled, her nipples blossomed proud and tight, her body ached with a growing tension which sought release. Her honeypot thrummed with power and heat. Need consumed her and Susanna wanted Isaac with such desire she longed to scream. Isaac thrust into her and fit like a hand to a glove, Susanna thought, or a sword to the scabbard. Her body bucked with the intense physical joy and she met him. He hammered her hard but with enough finesse his actions brought pleasure not pain. She gloried in it and her hands roamed over his body, clutching, clawing, and caressing.

Each wave of pleasure brought her higher and closer to a release. Susanna stopped thinking and forgot to breathe, consumed by the ardent power of his body linked with hers. Near the end, he moved within her and she thrust her fist in her mouth to stop a scream. Isaac moved again and they rode the flood of sensation together, a blur of heat and pleasure. She shut her eyes and savored every second of it.

Ms. Wayne is definitely one of my most favorite authors. Her vivid descriptions and dialogue make you feel as though you were living in the time period of the Civil War. The fact that she researched thoroughly the Battle at Vicksburg was evident in her writing. I felt the desperation of war, the joy of new love, and feared for the characters as though they were my own relatives. I saw and felt the lay of the land, and shared the love between the hero and heroine. The characters were real, with real fears and emotions. The story was beautifully spun and held me on the edge of my seat until the final page. Job well done, Ms. Wayne. I will definitely read more of your work.