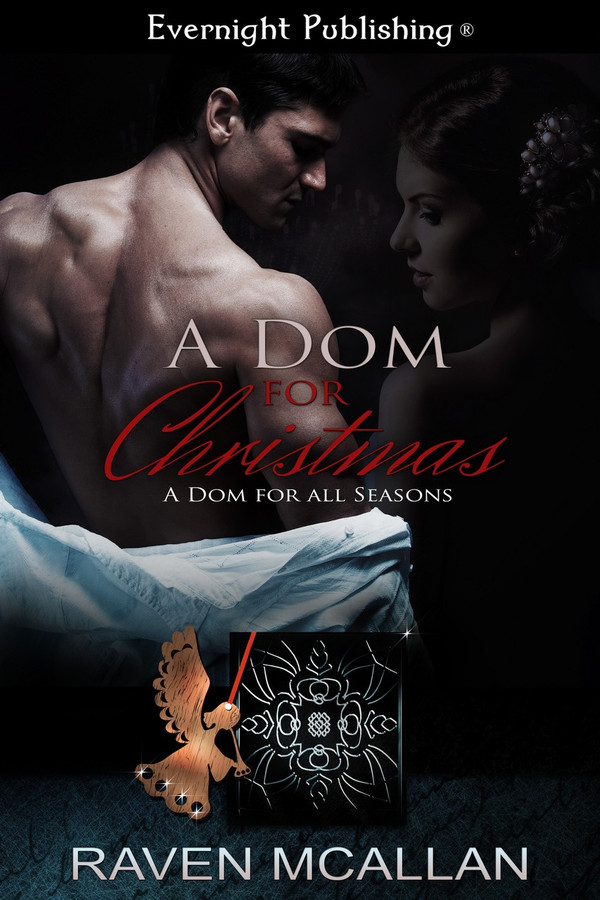 A Dom for All Seasons, 1

Christmas is a time for dreams and miracles—or is it kink? Dreams and reality merge for Angie this season, and life may change forever.

When Angie falls in a struggle over her beloved Christmas tree angel, she wakes up in 1818.

The Earl of Camberley’s relief at finding his beloved wife finally awake is only surpassed by his anger at the ruffian who dared to attack her on his doorstep. His lady seems rather confused and he can only hope that she remembers who he is and what they share in private.

Theirs is not a conventional marriage. As they work to piece together the mystery surrounding her angel, passion flares and Angie realizes that she loves this Regency Dom as much her Dom back home. Where is home however, and where will she end up? 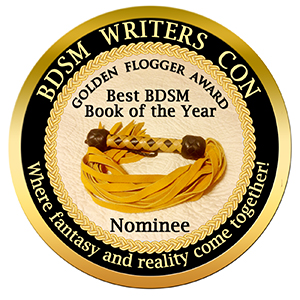 “If you try to make yourself climax, I’ll tie you,” Cam warned her.

Did he really think that was a deterrent? Angie sighed, and he chuckled as he continued his exploration of the contours of her leg.

“Good things come to those who wait.”

“And waiting is not a good thing when you want to come,” Angie said. “Ah, for fuck’s sake, please.” His hand had reached her damp thighs, and she shivered in a good way. Did he realize what he was doing to her? Of course he did. She’d guess this Cam was aware of everything he did, in the same way as the other one was.

“You bet. Begging, pleading, ah yes, so fucking good.” She writhed on the cover as yet again he used his fingers to bring her to the edge of a climax and then stopped. It was enough to bring tears to her eyes.

“I love to watch you like this,” Cam said and blew on her clit. “Do not come, not yet.” He nipped her thigh and laughed softly as she opened her eyes and stared at him in annoyance. “Oh so wet, oh so aroused and yes, oh so cross with me. Now where were we?”

“You talk too much. I want to come. I bet you do as well.” Angie reached down toward his cock.

Cam moved so fast she had no time to react. Wherever he’d hidden the ties, she had no idea, but before she could say “Regency romance,” or “cock ahoy,” he’d spread her arms and legs wide and fastened them.

She huffed as the bed dipped. Now what?

Bastard. Angie watched as he moved toward a tallboy and opened the top drawer. She couldn’t see what he took out until he turned back and faced her.

Her heart did a weird flip-flop. The dagger he held glinted in the light of the candles on the mantle, and the flames in the fire helped to create strange phallic patterns on the wall behind him. Angie gulped and Cam chuckled.

“And what shall I do with this?” He held the dagger by the handle and slowly lowered it toward her. “Do you trust me, Angelina?”

The tip touched her clit. She froze as the cold steel warmed.

Did she? Cam held his breath as he let his dagger just touch her skin. He knew he would never harm her, and so did she. Or, he amended, she had. Who knew what ideas she had now? His talk with the doctor had resulted in the decision to do as he thought fit. Doctor Taylor had on reflection decided that the adage “nothing ventured, nothing gained” could well be what was needed in this present scenario. Though he doubted the good doctor had knife play in mind when he said it.

“Tell me now, lady-mine, or I stop. Stop everything, and we both know that even if you make yourself cry in pleasure, it never measures up to what we achieve together. So, what is it to be?” He lifted the tip, happy to see the way she gasped and her pupils widened. That was a sign of her disappointment, although she didn’t voice her dismay. Cam lowered the dagger again and ran the flat edge across her tight little nub, and into her wetness. He was careful not to break the skin, just to tease and torture a little. By the way her pulse jumped and her breathing became ever more erratic, it seemed he succeeded.

Up until that point, Cam had never understood what the poets meant by “time stood still,” or even “the air waited to hear the response,” but now he did. Never the most patient of men, he held his tongue and made sure to look her straight in the eyes. They were cloudy with what he hoped was desire.

She tested the restraints on her arms, but kept the lower half of her body still. Cam chuckled. She might not remember their play, but her subconscious seemed to.

He mentally counted twenty seconds in his head and lifted his dagger. Without looking away from her, he lifted the glistening tip to his mouth and licked the feminine juices from it.

“So, it seems we stop.” He put the dagger down on the cabinet top, and shrugged. “Ah well.”

He shook his head. “You need to have your mouth washed out. That language is not becoming for a lady.” He stood up and walked into the bathing chamber.

“What?” she shouted after him. “You wouldn’t fucking dare.”

Cam grinned to himself, and made a point of noisily swirling the water he poured from the ewer into a goblet. “You know better than that, lady-mine.” He picked up the goblet and walked back into the bedchamber. “Drink this.” He held the glass to her lips.

Angie shut her mouth and shook her head.

Cam pinched her nose hard, and she opened her mouth. He poured the contents of the goblet into it. “Swallow that.” He held her mouth closed and massaged her throat.

She spluttered and swallowed and he released her. “Never, ever dare me. Next time it will be soap.”

Tears streamed down her face. “Sadist.”

He nodded. “If the need arises. Now make yourself come.”

I have always been fascinated with time travel romances so when I saw that Raven McAllan had written a book in this genre, I just had to try it. Well I am so very happy that I read A Dom for Christmas because it was everything I could want in a book. In fact, I think this may be my favorite book by Ms. McAllan. During an argument with her ex-boyfriend, Angie ends up falling and hitting her head. When she wakes up, she discovers that it is 1818 and she is married. The Earl of Camberley is relieved that his beloved wife has woken up after being attacked but he is worried that she doesn’t remember him. As the two work together to discover who attacked Angie, she finds herself falling in love with her husband. But which time period is real and which is the fantasy? From the moment Angie woke up in 1818, I was hooked. It was evident how much Cam loved his wife and worried about her health. Add in his dominating nature and I was head over heels in love with him. The relationship between Angie and Cam was wonderful and felt so real that I found myself almost envious of their closeness and love. Even within the confines of a time travel romance, their connection was authentic and pulled me into their love story. Angie was also a fascinating character. I loved her sassy attitude as well as her determination to help her husband solve the mystery of her attack. In fact, I loved the regency Angie and Cam so much, I was kind of hoping that the time travel would be permanent. In addition to a loving relationship between the hero and heroine, Ms. McAllan wrote steamy BDSM scenes that left me hot and bothered. Cam was the perfect Dom and his skillful handling of his sub was a delight to read. A Dom for Christmas also contained an intriguing mystery – who attacked Angie and why? What role does the angel ornament play in all of this? I found myself riveted as the clues were slowly revealed at a perfect pace to keep me guessing. I couldn’t have asked for anything more from Ms. McAllan except to make more books just like A Dom for Christmas. It was a thoroughly enjoyable read and I found myself wanting more of the fabulous characters and dazzling writing. Even the ending was absolute perfection. This is a book that you just have to read – it’s that good.

Angie’s attempt at decorating her Christmas tree is interrupted by her ex. All she is trying to do is put her favorite ornament on the tree when things take a drastic and unusual change. She falls, hits her head, and wakes up in 1818. Now she is in an unknown time and place and only has her memory of what she has read in Regency books to know how to act like a woman in that time would act. She also has a husband, servants and has no idea who she is. She does know one thing, her husband in this world is just as much of a Dom as the one in her world. If only she could figure out what happened to her and why she is in another time period. Will she be here forever or if not, how will she get back. This was a fun Christmas story. A change from other books I have read and an unusual twist on ‘time travel’ for lack of a better word. Once again I am not disappointed with one of Raven’s books.

This was a great short story! I loved how we were transported back in time with Angie/Angelina. I loved the mystery and the ending was soo great!

This was a great short story! I loved how we were transported back in time with Angie/Angelina. I loved the mystery and the ending was soo great!