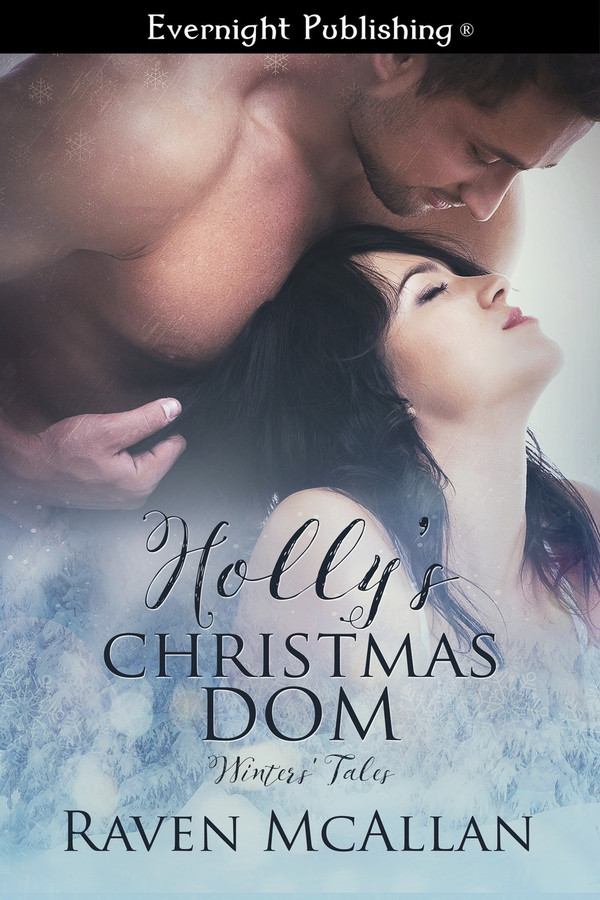 Holly and Mac have been close friends for years, but never had the chance to get together. Now it's time.

When Mac shows Holly what he wants and needs—her as his sub—it's up to her to decide whether to accept him and his lifestyle. She's waited for Mac for years, but never expected such an ultimatum.

Mac knows Holly's the one for him. He's sure she's a sub—his sub—no one else's. It's up to him to show her that.
When they play together for the first time, both of them have to decide—is it for keeps? Or do they part ways when the fun is over?

"Champagne, love, to celebrate what I hope will be a glorious partnership." Swiftly, he poured a glass they would share and went back to the bed. "Lift your head." She did as he bade, and Mac held the glass to her lips so she could drink, careful not to spill any. "Good girl. Enough?" He took a sip himself as she nodded.

"Look at me," he ordered. "Do not close your eyes or look away." Would she? With infinite care, Mac tilted the glass of wine over her and watched the bubbles creep up the side of the glass and spill. Drop by drop, he coated her breasts, her belly, her clit, and her pussy.

She squirmed as each dropped touched her and she giggled. Her eyes went cloudy, and her breathing became harsh and choppy. To his delight, Holly kept her legs wide, and her eyes open.

He put the glass on the table, bent his head, and started to lap. Her navel, her breasts, each taut nipple. He suckled and nipped his way down her body until he reached her cunt.

With delicate precision, Mac moved between her legs and lifted one onto each of his shoulders, opening her to his touch. The soft skin of her pussy mound kissed his cheeks as he moved into her and probed with his tongue.

"Ahhh." Holly arched off the bed. "Oh, fuck it. Mac, Sir, both of you. I need you. Punish me later, just fuck me now. I bet plastic and fantastic is no substitute for flesh and for real."

He'd been warned this might happen. He had to stamp his authority on the situation. Of course he was going to fuck her—no, make love with her, he amended. But he had to take charge now or she'd be topping from the bottom. His cock ached with the effort of not plunging into her and doing as she asked. However, that was not what he needed, not to fulfil them both. Mac knew a quick screw was not the answer.

He lifted his head away and sat up. Her moan of disappointment hurt, but he hardened his heart. "One more word and I am going to gag you. Do you understand? You may answer me."

She gulped and made a small movement with her head.

Holly has loved Mac for years but he has never given her what she wants. But now it’s time, Mac wants her to make a choice. Mac wants Holly, he has for years. He loves her but he needs her to understand exactly what kind of man he is. It’s Christmas Eve; Mac has told Holly in a letter exactly what he wants, what he needs, from her. Now she must decide if she can be who he needs. He’s a Dom and he needs her to submit to him. Can Holly accept that? Can they have their happily ever after? This is a nice quick read. It’s fun and steamy. It’s perfect.

Mac and Holly are perfect for each other!! They&#039;ve been in love for 10 years but are just now acting on it. The whole story is sweet, sexy and smoking HOT!!! I loved it and even had to stop myself from waking up my husband!!!! LOL Another wonderful and sexy read from the lovely Raven McAllan!!!