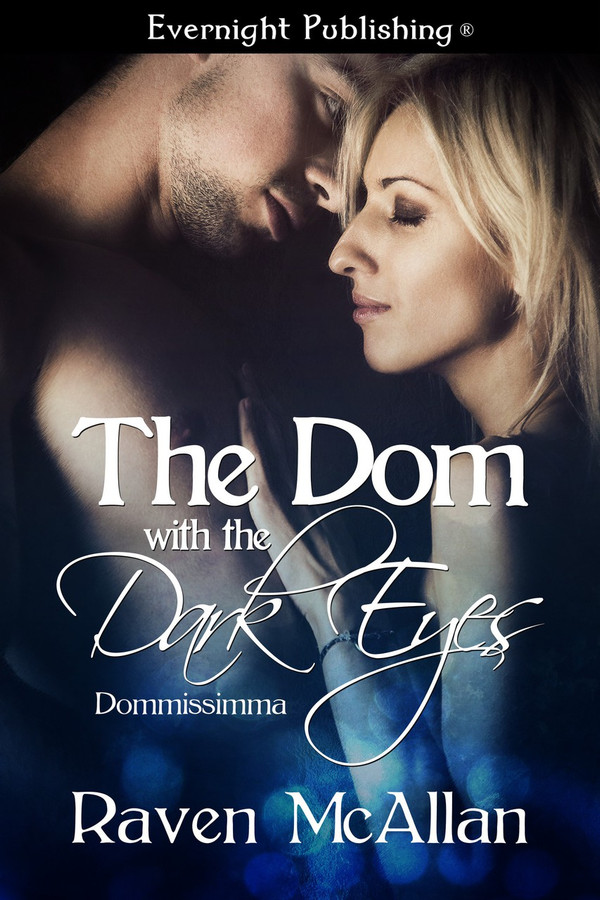 It was supposed to be one night of fun…

Masked balls are not Linsey’s thing, but she’ll stay for a little while out of curiosity. However, when she meets the Dom with the dark eyes, all thoughts of leaving flee as the switch in her wants to sink to her knees and submit.

Rad feels an instant connection to the sexy lady he calls his sweet Cherry. She appeals to this Dom like no other sub ever has, and the fact that she seems to be a switch like him just makes their play that much more interesting.

One night was all it was supposed to be, but when that night turns out to have lasting consequences, maybe it was more than just fun. Love has a way of sneaking up on you.

“Interesting isn’t it?” The deep dark voice behind her made her unbalance as she spun around to face the owner. “People watching.” He … she … went on. “Especially when you have no idea who it is you’re spying on.”

Her cloak flowed out behind her, and behind a mask identical to hers she saw dark, very dark eyes widen in appreciation as the silver material settled back to hide her once more.

He, she decided it was definitely a he, whistled.

“The cloak looks good, what’s under it looks stunning.” He flicked one side of her cloak out, put one long finger onto the soft skin at her neck and stroked downward toward her breast.

She shivered and blushed; she, who never ever went red, went the color of a ripe cherry.

“Yeah. I feel it as well.” He caught hold of her hand and put it over his leather-covered cock. The soft bulge hardened and she curled her fingers around it.

Was that really her? Feeling up a total stranger? Letting him touch her and not kneeing him in the balls?

What was in that wine? She’d only drunk half a glass, but this behavior was so not usual. Even so she gave into the urge to stroke his cock and squeeze it gently.

He groaned. “So fucking good. However, laters, sweetness. I have work to do. I assume you’re stopping for a while?”

All thoughts of leaving as soon as she could went out of her mind.

“Meet me here after the fire eater?” It might be couched as a question but she was damned sure he intended there to be only one answer.

“Good girl. I have to go. By the way, I intend to call you, sweet Cherry.”

“You do?” She was puzzled. “Why?” Surely her red cheeks hadn’t been so obvious? She had a mask on. Heat flooded her again and she had to force herself not to shuffle or twitch.

Linsey gasped. The picture he painted made her nipples tighten to the point of pain and push against the silk of her teddy. “Sure of yourself aren’t you?”

Damn the breathy little girl voice. However she knew it was that or splutter like an idiot.

“Well, sweet Cherry,” he flicked her earring and set it swinging, “someone has to be. I want you, you want me, and want is not going to be our master.” He paused and his grin was sinful and full of promise. “I am.”

Her juices gathered and slid over her denuded pussy. Maybe there was something for not daring to bare. At least the hair would stop her legs getting soaked as much. Instead she was in danger of creating a puddle. Linsey clenched her muscles and did her best to seem cool calm and collected.

“A switch maybe?” She took a step back and craned her head so she could see his face, or the portion not covered by a mask, more clearly. “Dom and sub.” She clarified her words, just in case.

“I know what a switch is, sweet Cherry. Let’s say with the right persuasion, I could be.”

“Oh good.” Linsey decided it was time to assert a little of her own dominance. “So am I.”

It was his turn to take a step back. “Well, well, life is going to be interesting isn’t it?” He chuckled. “And on that note, I must go. I’ll see you here soon.” He turned and left with a swirl of cloak. For the first time Linsey saw what he was holding.

A red and silver handled flogger.

I have been looking forward to reading Linsey’s book and it was worth the wait. She isn’t a fan of masked balls or parties but for a friend Linsey will attend and at the least pretend that she wants to be there. But outside in the dark she meets a man, a Dom, with dark eyes and she is intrigued. She’s willing to let down her guard and spend a masked night with this man and have her fantasies come true. What happens when the masks fall off and real life returns? Wil there be more than one permanent reminder of that amazing night? Will love find its way?

It&#039;s no secret that I love Raven&#039;s writing and the Dommissimma series in particular. So when we were chatting a while back I mentioned I though it was Linsey&#039;s turn to tell us her story I certainly wasn&#039;t expecting the book to happen so quickly and to be such an enjoyable, if surprising, read.