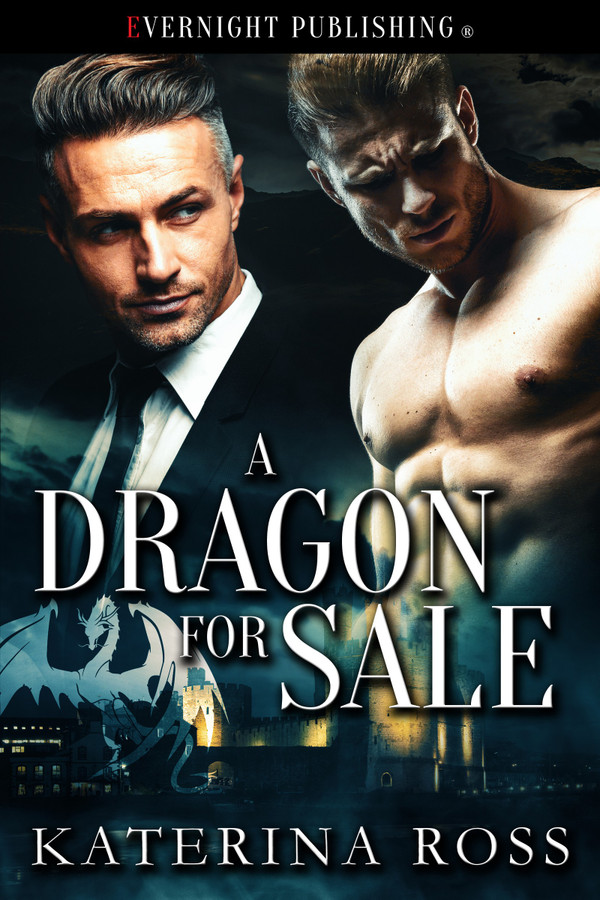 Dylan Ogmore didn’t sign up to deal with any of it. His service at the Welsh Dragon Guards had been pretty uneventful, until the royal PR team decided it was a good idea for him and his dragon to take part in the coronation of the new king at Caernarfon.

Dylan suspects the plan might be not that brilliant. Especially because he knows who suggested it—Andras, his former army mate who’s been more than just a friend for him once, but has chosen to leave the military … and him.

Yet Dylan can’t even imagine what mess he’s getting into. An assassination attempt at the ceremony leaves his dragon in a precarious situation and forces Dylan to go against the law. Is there a chance for him to get out of trouble unscathed? Who can he rely on—and who is his true enemy?

Clubbing didn’t mean dancing—god forbid, he was awful at dancing—or drinking, though he was better at that. Well, maybe he’d have a pint, but not more, considering the rehearsals tomorrow.

The whole thing was more of a hunt.

Nursing a pleasantly cool glass of bitter ale in both hands, Dylan was studying the public. Exclusively male, the crowd varied from office workers who’d barely had time to get rid of their ties after a day at desks to individuals in most creative states of undress—it was summer after all. Dylan was something in between. Nothing overly respectable, nothing fancy either. A black t-shirt, dark jeans, and heavy boots. He thought of showing up in his leather uniform, but decided against it. That could have sent a wrong signal. He wasn’t into playing games, just looking for a quick, mutually satisfying release.

A particular man caught Dylan’s attention. Dirty blond hair cropped short, high cheekbones, sculpted features, maybe too sharp to be pleasant. He was obviously browsing, too, though in a more relaxed way, facing the room, elbow resting on the bar counter, a glass of beer in the other hand—openly observing the crowded space with a lazy half-smile, not just stealing glances like Dylan. He looked amused by the messy extravaganza on the dance floor, grown-up people losing themselves to a rhythm set by someone else, moving like puppets on invisible chains.

Dylan had to admit he liked a certain type. The original version, more blond and less feral, was currently socializing somewhere else, probably at a more decent party, so, rather than thinking of Andras and his whereabouts, Dylan had to console himself with imperfect copies.

Dylan and Andras hadn’t been lovers for real, just mates helping each other out, as they both had agreed. It had started at the military training base at Brecon Beacons—not the best place for holding hands and doing other lover-like stuff, but just as good as any for hasty handjobs and a bit of groping—and continued throughout their service in the coastal dragon guard.

Until the moment Andras had decided to make a drastic change to his career plans and, before leaving, proposed to stay friends.

He wasn’t mad at Andras because of the sexual stuff they had been doing. Or not only because of it. It would have hurt just as much if none of that had happened. Andras and him had been inseparable for a few years. They finished each other’s sentences, laughed at the jokes only they understood, and seemed to get along just fine. And now… What exactly did it mean, staying friends? Surely, something else than just being friends, like before? Probably seeing each other once in a few months, going to a pub together and discussing their work while getting pathetically drunk. Like so many mature people did. This was a dreary perspective, and it was all Andie’s fault.

Dylan found himself absently rubbing the dragon tattoo on his left arm. Andras had a matching one. It was he who’d persuaded Dylan to get them. Just a boyish whim, nothing more, but now it was a constant reminder of something missing from Dylan’s life. Of being lonely, despite having little time to be on his own.

Dylan breathed out angrily. Enough of self-pity. He was here for something else entirely.

So what if he had this stupid tattoo, and another one—even more stupid—on his chest? Nobody cared, and he shouldn’t either. Or maybe it was even a good thing that he had a very visible, hardly forgettable, and highly embarrassing warning to not get involved too much. Uncomplicated sex with strangers was so much easier. No bad feelings afterwards. No regrets.

Speaking of strangers… The man Dylan had labeled as an imperfect copy of Andras couldn’t in fact be accused of being imperfect in any other regards. Yes, the resemblance was slight, and the man was perhaps a few years older, but otherwise he was quite imposing. While Andras was smoothly handsome, with just a bit of sharpness to his features, this one was more of a rugged type, but he was also more sturdily built. Not beefy, but certainly athletic.

Ill-lit as the place was, Dylan could see the lines of his collarbones and the shape of his well-defined pecs under his thin gray sweatshirt, and that was undeniably eye-catching.

Just as Dylan was ogling him, he turned in Dylan’s direction and caught his gaze. And saluted him with his glass, a grin hiding in the corners of his mouth. It looked very much like an invitation.