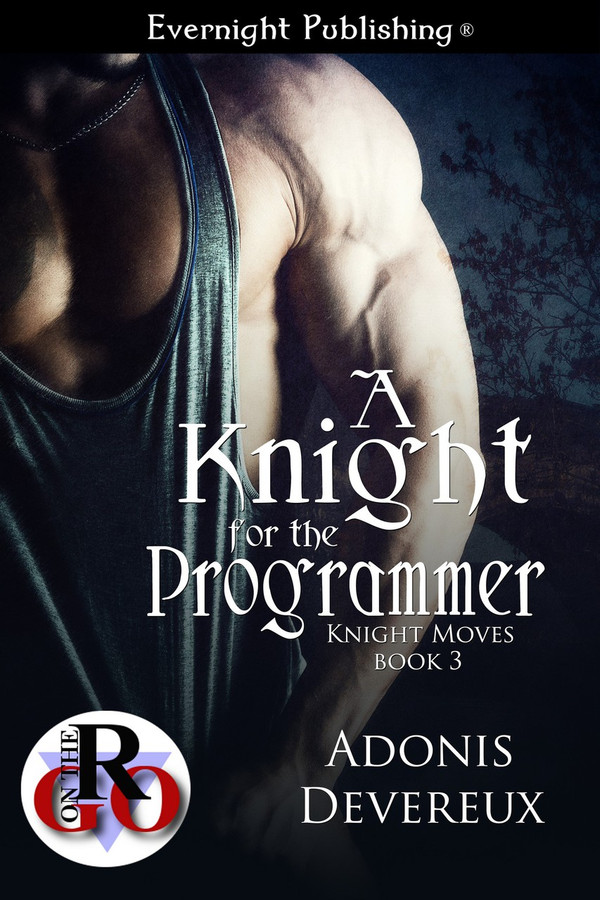 The curvy, quiet programmer Lynette is the unknown sister of a celebrity, and since she doesn’t fit New Britain’s guidelines on body shape, she’s a nobody.

Sir Gareth is summoned to Earth to help Lynette—whom he’s never met—rescue her celebrity sister from the Prime Minister’s enchanted clutches. As Lynette falls for Gareth, she fears the day he meets her beautiful, famous sister, for once the knight sees her, will he even notice Lynette anymore?

Gareth saluted the colonel by placing his right fist across his chest. “Colonel Darrow, I am Sir Gareth. I come in the name of King Arthur, to give succor to his friends and death to his enemies.”

The colonel’s eyebrows shot up. “Well, sir knight, you’re in the right place then.” A smile crept across his face, but Gareth didn’t share in his mirth. The old colonel extended his hand, gesturing to a chair before a large, oak desk. “Take a seat.”

“No, sir,” Gareth answered immediately. He was on a mission and would not soften his mind with alcohol. “Let us revel when we have attained our victory.”

“Fair enough.” The colonel then proceeded to pour himself a whiskey. Gareth watched, but said nothing.

“So, you know why you’re here?” The colonel took his seat behind his desk.

“Sir Lancelot briefed me, telling me I was to meet a lady by the name of Lynette and aid her in whatever honorable way I could.”

“I think it’s time you met her.” The colonel pressed a button on his desk, and a voice spoke from inside a small, grey box. Gareth sat in astonishment. Did humans here wield magic, too, as easily as the Fae?

The colonel told the box to have Lynette brought in, and in no time the door opened and in walked a woman with long, golden-brown hair, soft eyes, wide hips, and large breasts. Gareth rose when she entered the room, but the colonel was slow in standing to meet her.

“Lynette,” the colonel said, coming out from behind the desk, “meet Sir Gareth.”

Gareth bowed courteously to her, but the lady’s soft, hazel eyes immediately hardened.

“What?” the colonel answered.

“My sister is a prisoner in Edinburgh. I asked you for help. And this is all I get?”

Gareth’s pride was pricked. “Pardon me, lady, but as a Knight of the Round Table, I promise you my aid, even unto death.”

Lynette looked Gareth up and down, seemingly appraising him. “This isn’t just about my sister. This is about the future of all Britain. My sister gave me an official Government Pass. They’re spending a lot of effort to keep her where they want her. If we can break her out,” she turned her attention to the colonel, “you’d get all Scotland on your side. Nora’s wildly popular. She’d be the face of the revolution!” Lynette turned back to Gareth. “And this is all you provide for my rescue mission?”

Gareth controlled his rising anger. He wouldn’t let any insults provoke discourtesy from his lips. “Lady,” he began in slow, measured tones, “much of what you have said is beyond me, but this I know: my king knows of your plight, and if he saw fit to send only me, then he has his reasons. Arthur is wise, and correct, in all his actions. Let us set aside this growing dissension and strive toward a unification of will against our common foe.”

The anger in Lynette’s eyes vanished, and her beautiful mouth turned up in a smile. “The way you talk.”

Another hit for me. Lynette is so down to earth and not like her sister Nora. When she meets Sir Gareth all she wants is to save her sister yet is afraid that her love will fall for Nora and not herself. However these two have chemistry and can&#039;t deny one another.