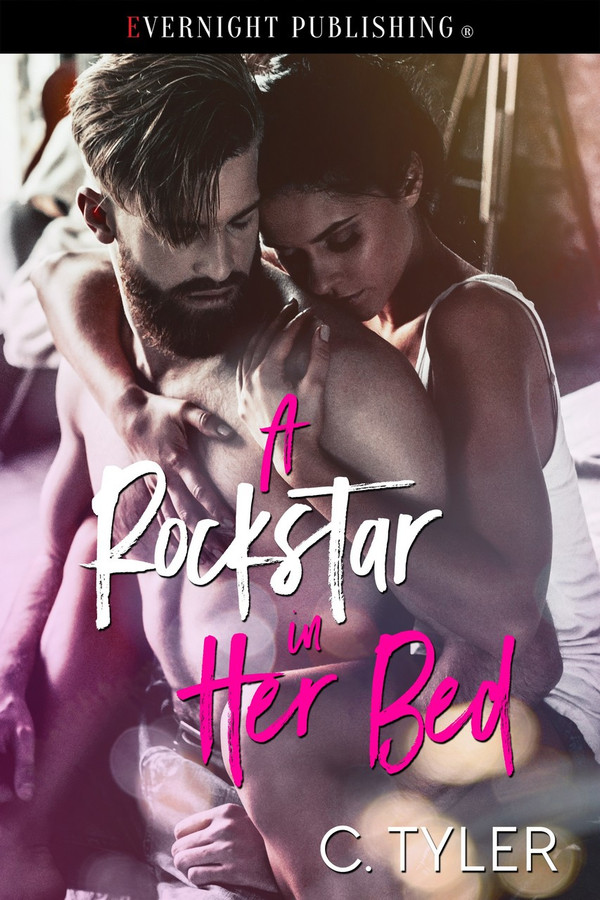 Christina and Adam have always had a complicated relationship. As the sister of Adam’s band mate and best friend, she was supposed to be untouchable—off limits. But after their first drunken night together, Adam didn’t give a damn about the "rules".

When their secret is suddenly brought to the forefront, Adam and Christina have to decide if what they have is as simple as "friends with benefits". For one of them, it isn’t, and hasn’t been for years. But is it worth risking everything for?

With a final wave to the guys, I disappear through the door and back into the darkened hall. As I walk down the narrow corridor without my previous guide and round a corner, someone grabs my arm. Without warning, I’m yanked into a recess I hadn’t realized I walked by. The moment my back hits the wall, someone is pressed securely against my chest.

It happens in seconds. It leaves me a little dazed until I look up and see a familiar face staring down at me with glowing blue eyes and dimples. Heat fills my cheeks, but I glower as best I can. The expression must be as weak as I think it is because he chuckles in response.

“Where’s my goodbye?” Adam asks in a low, sultry voice. He makes sure there’s no space between us and takes my hips into his hands, massaging them gently when he does. It makes my heart flutter.

“How the hell am I supposed to do that when you’re out here hiding in the shadows?”

His smile widens at my mock defiance. I’d been so busy in the back room ignoring Adam that I didn’t actually see when he slipped out. I only knew that he’d disappeared. Obviously, he used that chance to hide out in the nearly black hallway so he could grab me when I came walking by.

“Besides, my ass still hurts, so you don’t deserve a goodbye.”

“Oh,” he pouts. Adam shifts his grip until his massive hand is wrapped around the cheek he’d slapped earlier. “Did I hit you too hard?”

“Maybe,” I mumble as he leans even closer.

Adam’s lips brush over mine and he squeezes the globe of my ass firmly. “Want me to make it up to you?” he whispers in a gravelly tone.

I nod and when I do, he kisses me. I let out a soft sigh as his tongue sweeps across mine. My arms encircle his neck and hold him close as he kisses me deeply. Passionately. Any and all thoughts flee my mind the instant we’re wrapped around one another again.

His hands rove over my body, squeezing and touching everything they can. I feel like I’m going to come through my skin. Heat immediately pools between my thighs, followed shortly by a familiar ache of need. It’s been too long since I’ve felt him touch me.

Suddenly, Adam lifts me into the air. On instinct, I wrap my legs around his waist, and we draw back from each other. He smirks at my stunned expression. I can’t help it––it happens every time. At 5’8”, with a job restoring houses and doing light construction, I’m well-toned. That makes me a little heavy for most guys to pick up on a whim, but not Adam. Never Adam.

Still grinning, he shifts and sets me down on a solid surface and runs his hands up my thighs. They disappear easily beneath the hem of my dress. He arches a cocky brow.

“You wear this for me?” he asks leadingly.

“Of course not.” He knows it’s a lie, but neither of us bothers pointing it out. We only have a few minutes together, and we intend to utilize every second.

When he reaches my panties, Adam doesn’t hesitate to twist his fingers around the thin lace and pull them down my legs. I shift from side to side to help him as best I can while working on his belt. Our actions are almost frantic, but they each hold purpose, as we know we don’t have long.

As I continue to work on his jeans, his belt buckle giving me more trouble than I’d care to admit, Adam reaches into his back pocket and retrieves a condom. I don’t bother asking why he has one ready to go, because the answer is probably the same as why I’m wearing a dress. Neither of us might have known for certain we’d hook up while the band was in San Francisco, but there was always a chance. As such, we were each prepared for a quickie.

The instant his zipper’s undone, Adam’s engorged dick springs free, and I wrap my fingers around it. The low groan he lets out makes my body tingle all over. When I look up at him through my lashes, I can see he’s on the brink. I close the distance between us and nip tenderly at his bottom lip, causing him to make that beautiful sound again.

He’s mine and he knows it.

Love it! Sweet and fun. I loved Chris and Adam&#039;s relationship. Def recommend it for someone looking for a nice, spicy quick read for an hour or two.