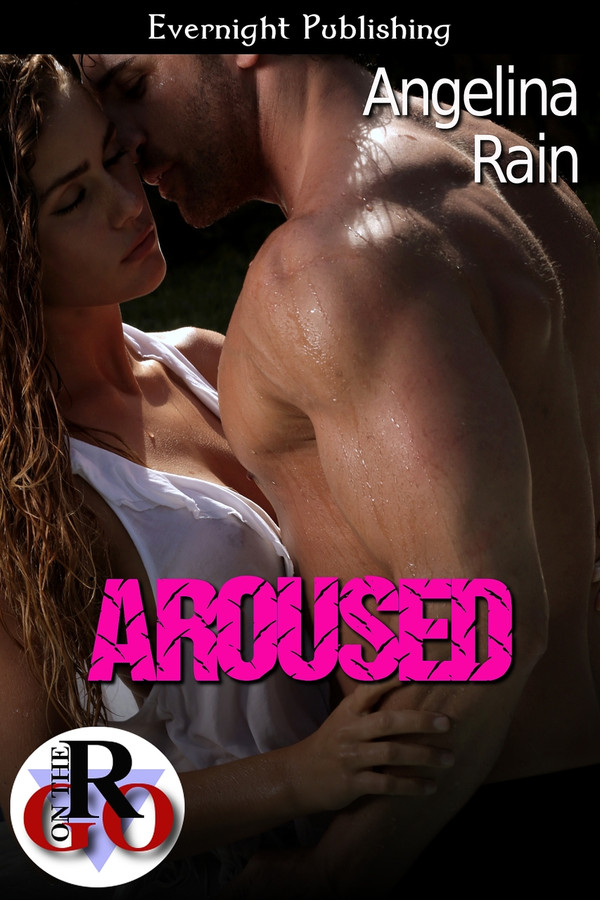 Can two wrongs make a right?

Nadia's happy home became a prison when a tragedy ended her marriage to the man of her dreams. Six months after he left, she's still wearing his ring and can't seem to get over him. All she wants is to forget, to encounter a complete stranger who can arouse her to the point of complete abandon.

When a handsome customer at work proposes a night of passion, Nadia battles with the choice to give in or walk away.  But his playful teasing is too difficult to ignore. When desire and emotion collide, she realizes she's not the only one in pain, and not the only one living with past hurts. Can a single night of sexual awakening heal them both?

"Tell me this is what you want." He kissed her collarbone as his hands dipped beneath her shirt. "Tell me."

Yes, yes, she wanted him to bend her over and bury his cock inside her. She wanted him to touch her, grab her, and explore her body like a thing of wonder and amazement. But admitting it out loud was a different matter altogether. What of the consequences? There were always consequences to such things. Was a moment of pleasure worth a much longer time of pain?

"I guess I was wrong," he said and stepped away from her. "I thought you wanted me as much as I want you. But if you don't, you're free to go."

"Good girl." He smiled at her and the grin made her melt. "But now you must be punished for making me doubt your desire."

"Pu—Punished?" Her voice cracked on the word and she cursed herself silently for showing him just how unnerved she was.

"Yes, punished." He leaned toward her and kissed her lips, her neck, and nibbled on her ear. "You see, I originally planned to undress you, massage you, and kiss you all over until you couldn't take it anymore. But now, I think I'll change it up a bit." His hands roamed over her body, circled over her breasts, but didn't dip below her shirt.

Nadia arched her back into him, until her pelvis rubbed against his erection, but he ended the contact and stepped away. Her body was buzzing with the electrical currents of having his hands on her, and the need to feel it once more.

"Do you want me to touch you?"

"Speak. Tell me you want me to touch you."

She should be turned off by the way he spoke to her, but instead, Nadia found herself complying as her nipples strained and pussy ached. "Touch me."

The man made a tsk, tsk, tsk sound and shook his head as though disappointed. "You didn't say the magic word."

Why yes, I have had the fantasy described in this quick read. But get naked behind a restaurant? The brakes go on in a hurry in my mind when we reach that point. Maybe that&#039;s what made it so fun to read; it truly was an escape from reality. The instant attraction described in the book had my interest piqued and then I was fully engaged. No spoilers allowed but the end was no surprise since the author started dropping clues as the story progressed. This story relayed a lot of emotional pain for both characters and stresses (to me) the importance of communication. Be warned, this is an extremely short read. It&#039;s a slice of someone&#039;s existence for your reading enjoyment. You get no information to start with, glean details as you go, and then the big reveal at the end. It&#039;s meant to be this short and the line is marketed on the premise. My personal favorite part of the story was the epilogue; every book should require one in my opinion. A good read.

I was intrigued from the minute I read the blurb for Aroused, so when Angelina offered a PDF in exchange for an honest review, I jumped on that of course. Having read Angelina before I expected a scorching hot read, and Aroused certainly needs to be read wit the the fan on. It&#039;s so full on from the get-go that it almost felt too much. Would the heroine really be that attracted to a complete stranger that she would have no holds barred sex on the top of her car in the car park. It was clear she carried a lot of pain from her failed marriage, and yet, it made me doubt it all a bit, and I thought. Hmm, maybe this will just be a four star story at best and then you get the curve ball. I&#039;m not going to spoil the story and tell what you that is. All I will say is that it all made sense and got very emotional. This is a fantastic, quick, short read that satisfies in all ways ;-)