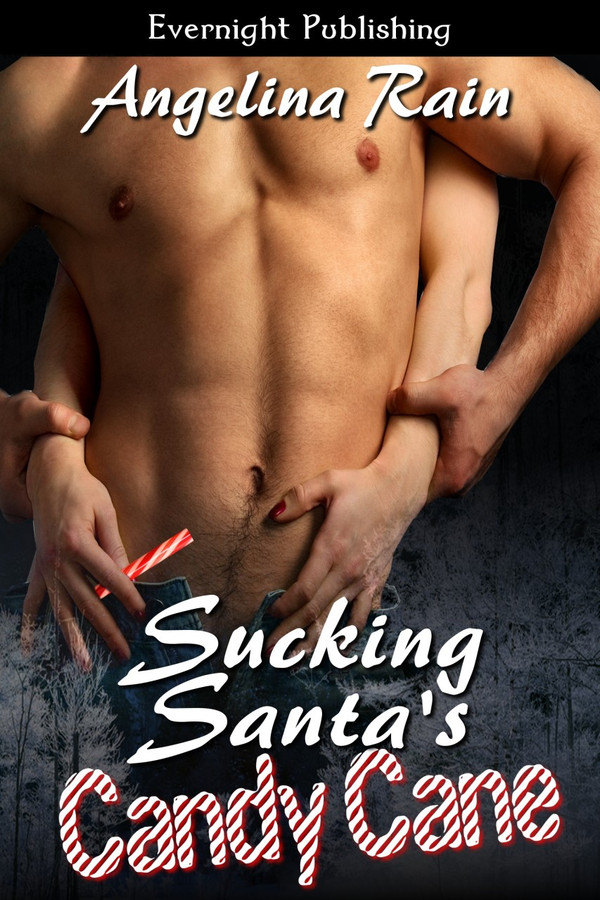 Noelle has always been a good girl, but when she meets a man named Santa Claus, her naughty side is unleashed. She indulges in her sexual desires with this handsome stranger with the very bizarre name.

Santa Claus isn't real—is he? Will Noelle learn to believe in magic and miracles while in the arms of her handsome lover?

“Let’s cut the crap, I want to eat your pussy.”
She glanced sharply at him. “Did you. . .” Surely, she just imagined it. This stranger wouldn’t dare say that to her.
“What’s up?”
“Did you just say something to me?”
“What do you think I said?”
There was that knowing smile, and the tone of his voice suggested he was playing with her.
“I. . . I’m just hearing things,” she answered.
“Are you now?”
A car drove by on the expressway and Noelle chose to concentrate on that. Where was that damn tow truck? And did she really want it to arrive?
“What do you think you heard?”
She glanced down, embarrassed. “Nothing. It doesn’t matter.”
He came off the trunk and came to stand before her. Santa rested his hands on her thighs. Noelle’s heart thumped heavily inside her chest when the realization hit her. She had heard exactly what he said. He wanted to eat her pussy. She wanted him too. But. . . But she wasn’t Wendy. Wendy would have had him in every hole by now, but that just wasn’t her. Could she really let a stranger get this intimate with her?
Santa inhaled deeply and closed his eyes. “I can smell your arousal.” He opened his eyes and bent forward, kissed her knee. “I want you.”
“We’re strangers. We’re in public. Someone could see us.” Fuck me! Fuck me! Fuck me!
He put his finger to her lips. “Relax, no one will see us.” He moved the finger from her lips and rested his hand on her hips. The other hand started on her knee and slowly traveled up her thigh. “Uncross your legs,” he ordered.
Her knees shook as she uncrossed her legs. She wasn’t sure why she did it and why she let this stranger do what he was doing. Was it the thrill of possibly getting caught fucking a stranger? Or was it that she hadn’t felt pleasure in so long she would take it any way she could?
She spread her legs a few inches away from each other and breathed deeply. What was she doing? She was crazy.
“Relax,” he whispered. “Don’t be nervous.”
How could she not be? A complete stranger was feeling her up in public.
As Santa’s hand slid under her dress, Noelle’s heart pulsed inside her chest. The thump, thump, thump of it rang in her ears, drowning out all other sounds. Her pussy soaked with desire juices.
His fingertips grazed her cunt. He hooked a finger into her panties and groaned. “Your panties are soaking.”

Noelle is on her way home on Christmas Eve to spend time with her family. She finds out that her sister Wendy is getting ready to get married for the third time and has only known the guy a couple of months. Her sister tells her that she needs to find her a stranger and let go for a night. Noelle never knew stopping to help a guy on the side of the road would end up being one of the best nights of her life. Santa Claus works in a hospital and every Christmas Eve he has a little magic to make someone’s dream come true. He doesn’t care for the one’s that want something like a gift. He likes the one that has to do with love and family. This year he wants to bring a little girls dream come true and make her dad come out of his coma. This was a pretty touching short story. It is erotic and has some sexy scenes and a kidnapping. You know to get all of this in such a short book, that it has to be a good one. I really didn’t know what kind of story I would be getting when I decided to give it a try. The author left me wanting more and I hated when I reached the end. I hope that the ending means that it will end up giving the characters a happily ever after. It did have a make out session on the side of a highway and was pretty hot. Made me wish that helping a man really ended up like this in real life.

Now…who doesn’t like a little kink in their holidays?? Noelle is a bit of a prude with a broken heart that ends up getting it good…in the end… tee hee… Y’all check this book out for a quick, kinky read. It doesn’t hurt that the cover art is steamy too.. 3 ooey gooey strawberries dipped in chocolate for Miss Rain’s book.