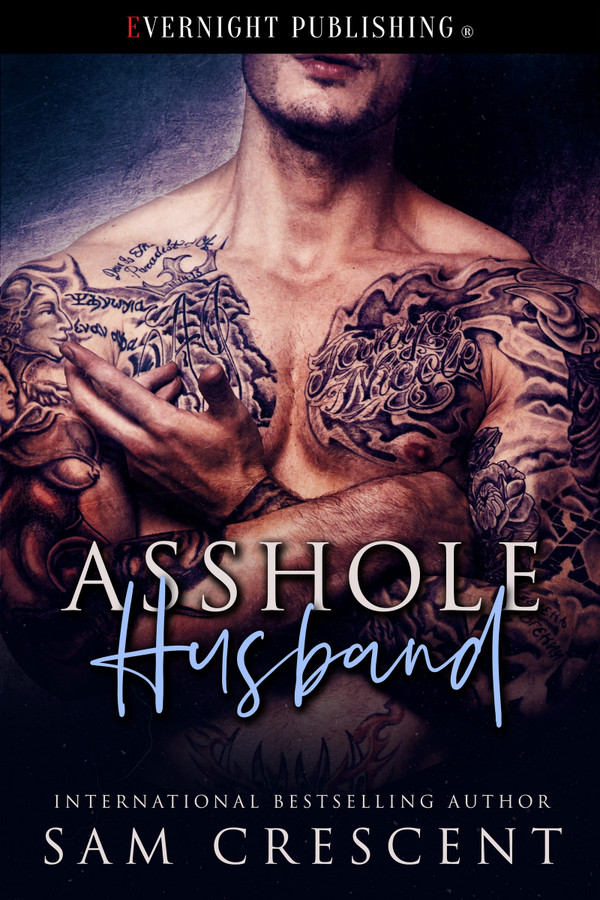 Five years ago, Wolfe Montgomery made a mistake. His young wife learned the truth of how he’d lied and manipulated her to get what he wanted. She left him—and he didn’t chase after her. Now she is back, demanding a divorce. Gone is his sweet, placid wife, and in her place is a woman fighting for her freedom from his name.

He won’t give it to her. She will remain his wife.

Rachel fell in love hard, but learning that the Wolfe she knew was a lie broke her. They share a son, but she hasn’t seen her husband since that fateful night. Only now, to finally get free, she has to face him.

Wolfe won’t take no for an answer. He’s determined to win her back.

Five years is a long time to be apart. Rachel had hoped she didn’t love him anymore. She should hate him. He lied to her. She fell hard for him, and now with him back in her life, it’s next to impossible to deny him, especially when it is what she wants as well.

She started to laugh. “Oh, my, you really do have a big ego, don’t you? I don’t want to sleep with you.”

“Sleeping is the furthest thing from my mind.”

“You’ve never stepped foot into our home before, Wolfe. He’s never seen you.”

“So, unless you’ve told him a big outlandish lie where I’m allergic to the house.”

“Then answer me this, are you attracted to me?” he said. He was going to win this argument one way or another.

“I’m not doing this. I come to you asking for a divorce, which you refuse to give me, and what, end up on my doorstep wanting to have sex.”

“You can’t tell me you’re not a little bit tempted. It has been five years, and I know no one has stepped in my place.”

She shook her head. “You know what, I don’t want to talk to you, or even be near you right now.”

“You didn’t answer me with a denial, so I’m guessing, you want me.” He stepped around the counter. Rachel didn’t back away. Her arms were folded. “If you want, I can be the guy you fell in love with. I remember what it was you loved.” He changed his voice to softly spoken. “I’m still the same guy, Rachel. Just with a few hard edges you will grow to enjoy.”

“When I don’t think you can stoop even lower, you go and do that. I don’t want you here, but it would seem that it doesn’t matter what I do or don’t want. You’re going to do whatever the hell you want, regardless. I don’t want to sleep with you, and using the guy I fell in love with, is insulting. He’s not real because he’s all lies. You’re the one who is real, and this man I want nothing to do with.” She went to step away, but Wolfe caught her.

“Really? You have no feelings for me at all?” Wolfe asked.

“You think I could ever love you? The way you are. You threatened to take my son away from me. I will never fall in love with you.”

He smirked. “Baby, I didn’t say anything about love. Far from it, I want to know if you want this.” He gripped the back of her head and slammed his lips down on hers, taking the kiss he’d been wanting since she’d walked into his office that afternoon.

If only his PI was close by to get a view of this kiss and to snap some pictures, he would be able to get what he wanted, but this was going to take more than pictures. He wanted to convince Rachel to stay with him.

Sliding his tongue across the seam of her lips, she let a little gasp, exactly what he’d been waiting for, and he plunged in, deepening the kiss.

The hands on his chest stopped trying to push him away. She gripped his shirt in her fist, and he moved her until her back hit the wall.

Taking hold of her hands, he slammed them up against the wall, holding her in place.

This book was so good . I would have read right thru if I had not been at work. Just the right amount of sex ! Drama at its best. I love Wolfe ! Does he have a brother ? Looking for my Wolfe !

Our girl&#039;s husband may have been bad news. But with a made up mind he worked on keeping what was his. Another great story to enjoy!

Wow I started reading this and could not put it down, it was so good. Wolfe has me wondering at times if he really loved Rachel or was he just being an ass. Also love the title lol, it fits him so well. By the time I got to the end Wolfe finally told someone how much he really loved her, even though he tried with little things and tried showing her. He could be so sweet at times but damn he’s hot when he turns that cocky sexy attitude towards her! Loved it. Did not want it to end.

Poor Wolf lost his wife after one night. Poor Rachel thought Wolf loved her. But with a Sam book there is always a great ending and making up on the man side. Enjoy reading don&#039;t miss out.

Wolfe was the sexiest A$$hole Husband there ever was . Right from the beginning you knew he cared about Rachel he just had to wake up to realize he loved her. Wasted 5 yrs .

Marrying an Asshole by Sam Crescent