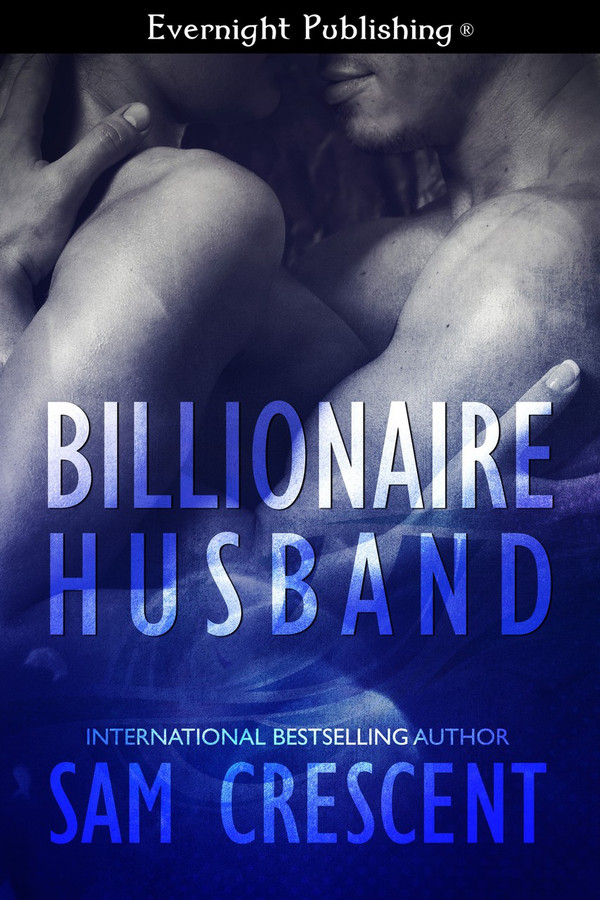 Shaun and Addison married to secure the future of their families' respective billion dollar companies. They’re expected to stay married, and produce children. In the beginning, Addison waited for Shaun, but when she saw it was going to be a loveless marriage, she found passions elsewhere in her cooking.

Shaun had hoped for a good marriage. When he discovers his wife is as cold as her family, he only stays long enough to do his duty as a husband. When he sees his wife on a television interview, he discovers a whole new side to Addison that he’d only hoped existed.

Away from their families, can these two people find true love? Shaun is determined to be more than a billionaire husband, but can Addison allow herself to fall for a man she knows nothing about?

Addison gasped as he cupped her breast, and stroked his thumb across her nipple. Next, he pinched her nipple between his thumb and finger, and she gasped out at the pleasure. It was instant, and there were no other words to describe it.

“Do you have any idea what you do to me?” he asked.

He growled out and released her hands. Her arms were suddenly too heavy. He took one of her hands, and pressed it against his rock hard cock. Shaun groaned as she touched his cock. He was long, thick, and hard, pressing against her palm.

She’d known he wasn’t a small man as she’d felt him inside her. This side of Shaun she’d never witnessed before.

He took her further by surprise by pressing his hand between her thighs. She wore a pair of jeans, but they didn’t restrict him from touching her. She felt his touch, and it was so damn good.

“I can feel how hot you are. I bet you’re soaking wet.”

“What is going on?” she asked.

“Let me come to your place tonight. I’m not going to fuck you here in my office. Not the first time when we’re actually together.”

He slammed his lips back on hers, and she moaned, stroking his dick, which seemed to be getting harder. She rubbed herself onto his cock, moaning as the jeans pressed against her clit. Shaun shocked her even more when his hand slid inside her jeans, and started to stroke where her jeans had once blocked. Addison gasped as he continued to work over her nub. The pleasure was intense and instant, unlike anything she’d ever felt. He didn’t stop, and kept on kissing her as he touched her pussy. The pleasure started to build, and something amazing and magical was happening.

Addie’s family and Shaun’s family decided that they would be stronger together and arranged for this to happen by making Shaun marry Addie who feels she was the second choice little does she know how far off the mark she is. Let’s try this yet again, and yes, writing this review is not proving to be easy because there is the three-year silent, arranged for money marriage and the self-centered crazy ass parents. I can’t decide which one to start with but then I start thinking about the steamy bedroom scenes and want to take a break with my husband in the bedroom. Then that brings me to a question that just popped into my head that I actually did ask my husband. That questions being ‘do men really need to have anal sex with their women to really feel like they are claiming them as theirs or is it a writer’s thing?’ His response was no it is not necessary for claiming the woman, so it must be an author thing. Don’t get me wrong because the scene was hot but I have a curious mind and when questions like that pop into my head I just have to ask. Now about those crazy ass parents, I am thinking they would get along great with Andrew Wyatt (the poster parent of bad parents) from Blackmailed by Annmarie Mckenna. Because the fact that Shaun and Addie’s parents could stoop so low as to sell them out to the press just because they care more about what they want then what their children need and want puts them on that poster with Andrew Wyatt. I really didn’t like the parental units they are truly horrible unfeeling jerks. Now for the three years of silence in the marriage, how the hell did they do that, I had a hard time deciding who I felt sorrier for, Shaun or Addie, because they are both downed to earth and I really do like them both, so I kept wishing that they were both adopted and that they both had better parents out there. Sam Crescent is an amazing author who has written a very readable book that I will more than likely read again. I had planned to give this book a four-star rating only Billionaire Husband has a few edits that bring the rating down to a three-rating. This review posting contains the body of the review, which is only a portion of the original review Happy Reading Laura Lu&#039;s Book Reviews

I love everything Sam Crescent writes, but I have to say ,to date this is my favorite. I don&#039;t want to spoil it for anyone, but if you like to read about people finally finding that one true happiness then this book is for you.

Their marriage was hell and their parents were the gatekeepers!! This was an interesting spin on arranged marriages. Shaun realizes everything he thought he knew about Addie was wrong and desperately wanted to know the real her! Soon he was deeply in love with her and nothing or nobody would stop him from making this the real marriage he always wanted

This story is sweet, romantic and hilarious all at the same time! The story is about billionaire Shaun and Addison his wife. They have a very unconventional relationship and after 3 long years they realized the marriage is awful as is the sex. We navigate with them through discovering each other.

This has become one of my favorite books of Sam&#039;s. Shaun and Addie were perfect for each other although they didn&#039;t acknowledge it for the first three years of their marriage. I was also glad to see that he didn&#039;t cheat on her during that time. And their parents!!! God, I would hate to have parents like those 4. It was awesome to see Shaun put them in their place. The secondary story of Dean and Darla was really good too and I&#039;m glad we got to see a bit of their story. I would highly recommend this book.