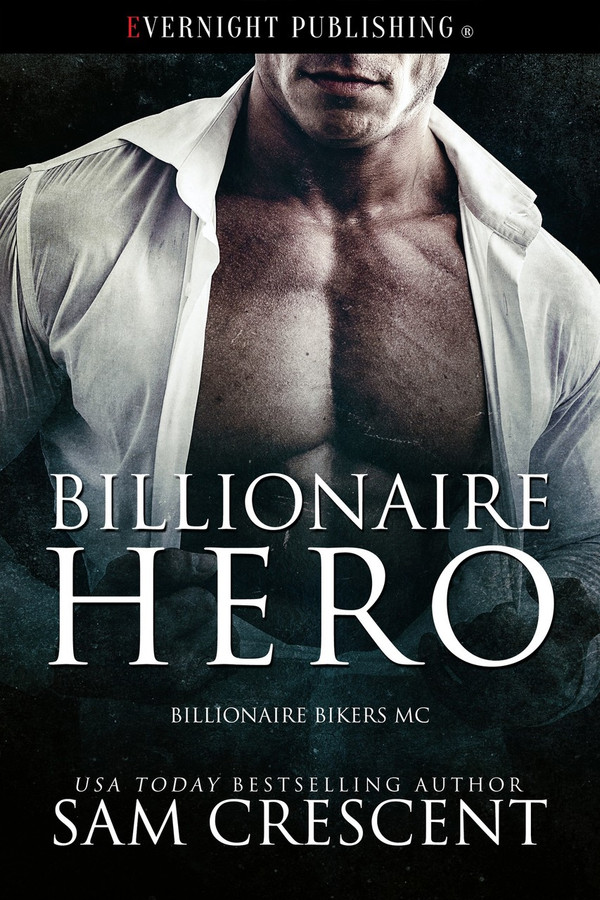 Lewis Cox has devoted his entire life to hunting Mandy, his neighbor who as a child was kidnapped by traffickers. Even now that she’s safe, and in his life, he knows there’s no way he can stop his mission. He can’t let other women live through what she had.

Mandy was raped, beaten, tortured, and left to die—but the memory of Lewis always helped her throughout her life. Now that she’s free, Lewis is helping her take her life back. Everything she missed out on while she’d been enslaved is now hers. Still, her life was tainted, and she’s seen and done things no one should ever have to. She’s guilty, too, and now she wonders if she has the right to love Lewis at all…

Lewis’s guilt threatens to swallow him whole. He is in love with Mandy, and wants nothing more than to give her the life she deserves. When the monster from her past comes back, Mandy’s life is in danger once again, and it’s up to Lewis to save her. Can he be her hero a second time?

Mandy didn’t know how she had gotten to be a rotten egg. She’d been in her bathing suit and near the pool. Within seconds, Lewis had thrown his shirt over his head and hit the water before she’d even gotten to the edge of the pool.

“That’s not fair. You’re not even in bathing trunks.”

“So? They’re still briefs, and they’re like trunks. It’s good enough for me.” He floated along the surface, showing his “trunks.”

“Now you’re creating rules because you don’t like the fact you’re a loser.”

She climbed into the pool and gave him a wide berth.

“Is that the game you’re going to play?”

“I did not. You didn’t mention once that there were rules. Before calling rotten egg, you should have said so.”

She rolled her eyes, but knew he was right. She was just teasing him, having fun.

He’d always tag her as a kid, and they’d run home.

Her brother often thought it was a childish game. She loved it, though. When it came to Lewis, she had loved him for a long time.

Lewis swam beside her, and she smiled at him. “I was only playing around.”

“I know. You couldn’t stay angry with me for long.” His hands wrapped around her waist, and he lifted her up, and then brought her down into the water.

By the time she broke the surface, she was laughing. She couldn’t help it. “You’re a complete nut.”

She did love it.

As she splashed water on him, he did the same to her, and for over an hour, they goofed around in the pool. For the first time since being a kid, she felt carefree. It was a nice feeling, and not one she wanted to lose.

Lewis left the pool first, and when he came out from the house, he held a bottle of sunscreen. “You’re going to burn.”

“I want to burn. I don’t want to get out of the water.” She floated on her back and stared up at the sky. It was so clear, so bright, and so perfect.

She never wanted to leave this moment.

Sunburn hurt though, so she climbed out of the pool and walked toward him. Sitting down on the chair, she took the towel he gave her and began to dry off.

“Nah, it probably won’t. That’s the bonus of having a pool to cool off in.” After she was dried, she sat still as Lewis rubbed the sunscreen into her flesh. She loved his touch more than anything. His fingers were gentle, and his touch aroused her in ways that she didn’t think were possible. Reality was setting in. Before coming down to the pool, he’d wanted to talk. She couldn’t shirk her duties any longer. He’d given her this time, and it was now time for her to find out what he wanted to know. “What did you want to talk about?”

Sam Crescent takes on such a serious subject matter and entertains while informing. Lewis Cox is a hero in the truest sense of the word and the fact that he doesn’t see himself as such makes him all the more one in my eyes and in Mandy’s. Mandy is such a complex leading lady. Having so many layers to her personality due to her life experiences makes Mandy such a fascinating person. The reason being that everything is laid out there. We see what she had to do to survive and how she judges herself for her actions goes a long way in revealing how strong she is. I loved the fact that these two people are so interwoven in so many ways and how it affects their expectations and their current relationship. I enjoyed how deep the emotions ran in this story and how much suspense and action was also incorporated but didn’t interfere or overpower the romance. This was my first story in this series and I’m looking forward to reading many more as I love the idea of What Lewis and his friends are doing. If you are looking for a beautiful and hopeful love story, this is the perfect book for you. The Story: As a teen Lewis Cox witnessed his young neighbor get kidnaped and he felt responsible so he made it his life’s mission to find her even when he was told to give up. He made his millions, infiltrated traffickers, rescued Mandy and countless others but the battle isn’t over. The head of the ring wants Mandy back and although their feelings are strong for one another can these two overcome the past and have a future together?

Sam Crescent is a writer that frankly amazes me. As a blogger and a writer, I am simply amazed at the number of books she turns out. But it’s the content that almost always blows my mind, and this book does just that. Billionaire Hero is the third in a series about a rich group of bikers that meet in secret to help stop human trafficking. Lewis Cox, their president, founded the group to help people like Mandy Watson, the girl who was taken at 10 years of age when he was 18 and supposed to be watching her. It took him 12 years, but he became rich, and never stopped looking until he found her. Mandy spent years in hell, but her crush saved her. Now she’s a full grown woman who wants Lewis, but there’s a reward on her head they’ll all have to deal with first. The Billionaire’s Club MC is on the case! They try to hunt down the man who will do anything to have Mandy back to punish her! Soon both Lewis and Elijah learn that Mandy is not the same girl she was, and Elijah is going down! This was an incredible book by Sam Crescent, you can bet I’ll be reading the rest of the series. Bravo to Sam for spotlighting the problem of Human trafficking.

I Voluntarily reviewed a copy of this book I love this series. A Bunch of hot sexy filthy rich bikers who spend their time making money, but also spends their time saving women from being sold to sick and perverted people. Lewis has been searching for Mandy for years, after she was taken when she was young and he couldn&#039;t do anything about it but stand by and watch it happen. Finally he found after years of searching and making a hell of a lot of money so that he can find her. Mandy is finally home, after years of living with sick and depraved people and doing things that she can&#039;t even think to talk about. She is home and living with Lewis as he is the only one that makes her feel safe and the only one she can trust. Mandy finally feels like her life is where its suppose to be, not without the challenges of what happened to her. But she is helping the club finding women who was taken like her. But will she be able to give in to her feelings for Lewis and will she feel comfortable to give herself to him or will the ghosts of her past still be their haunting her. I love this series, these guys are passionate about saving women and Lewis has finally found his women and he was so patient with her, being there for her. I loved it, Lewis was truly Mandy&#039;s hero! Awesome story!

What makes a complete Alpha male? A very strong woman and that&#039;s what Mandy was. Surviving all that was done to her and not letting it brake her. Love all Sam&#039;s books and always look forward to the next. Hopefully writing a crossover with the billionaires and all the neighboring biker clubs getting in on the action of defeating trafficking. Awesome!

Something great coming from something so tragic......wow loved it keep email coming...can&#039;t wait for your next billionaire biker M C book

I loved the story of Lewis and Mandy. Lewis never gave up on finding her when she was kidnapped as a kid and he became her hero when he found her and brought her to live with him to recover. Over time, it turned into desire but neither acted on it for awhile. I liked that Sam made the couple take it slow given all that Mandy had been through! This is a story of love, acceptance and moving on from a horrible ordeal and Sam nailed it! Will be waiting for the next book!!

I think this book is named accurately. Lewis is a hero. Even though, Lewis didn&#039;t saw it like that. He still saw himself as a failure, since Mandy was taken years ago. But that so far from it. He never gave up on her. He devoted his life to find Mandy and save her. Lewis and other guys did so much. So much girls have theirs freedom back. And Lewis still didn&#039;t think it was enough. In true it was more then enough. The Billionaire Bikers wasn&#039;t a joke. They were something extraordinary. It&#039;s a miracle that Mandy, after everything she lived through, was still.... Well, sane. That she didn&#039;t broke. That she still fought back anyway she could. That she survived. And Mandys confrontation with Elijah first time after she was freed.... All I could say I was proud of her. She really was free.

Lewis searched for years for Mandy. Then he finally finds her. This book is absolutely PHENOMENA! It is a very emotional read.

Mandy was take when she was 10 while Lewis was watching her. He becomes obsessed with finding her, and he did. But the man who took her wanted her back. This book was an amazing and emotional read; and I absolutely loved it. I found myself giggling and my eyes leaking, my heart breaking, and then smiling - and everything in between!!

I think this book is named accurately. Lewis is a hero. Even though, Lewis didn&#039;t saw it like that. He still saw himself as a failure, since Mandy was taken years ago. But that so far from it. He never gave up on her. He devoted his life to find Mandy and save her. Lewis and other guys did so much. So much girls have theirs freedom back. And Lewis still didn&#039;t think it was enough. In true it was more then enough. The Billionaire Bikers wasn&#039;t a joke. They were something extraordinary. It&#039;s a miracle that Mandy, after everything she lived through, was still.... Well, sane. That she didn&#039;t broke. That she still fought back anyway she could. That she survived. And Mandys confrontation with Elijah first time after she was freed.... All I could say I was proud of her. She really was free.