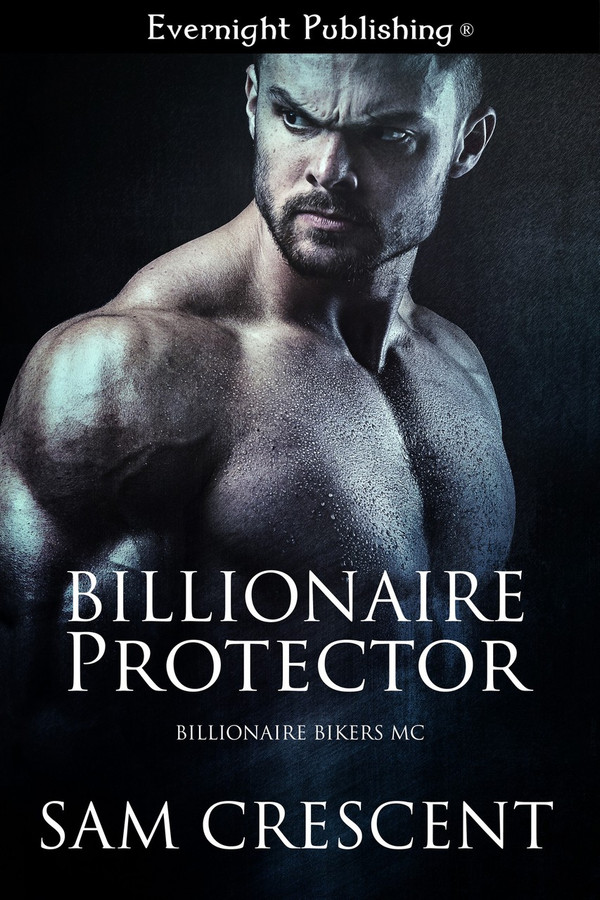 By day they wear business suits and command billion dollar businesses. By night, the suits are gone, and they wear leather.

Ten billionaires, one lethal club with a mission.

Russ is a self-made billionaire. He plays hard, and has helped to form the exclusive Billionaire Bikers MC. They have a mission: to help the victims of human trafficking. When one of those missions puts Anna Little in his path, Russ’s life is changed forever.

Anna witnessed her best friend die, and when she discovers the man who saved her is, in fact, a billionaire, she’s uneasy. She has come from nothing, and believes she is nothing. How can she have a friendship with him?

He’s not a man to lose, in life or business. Russ will have Anna. He will love and protect her. Now, he just has to prove to her they have a future.

The guy in the movie was holding the woman down on the bed and kissing her naked body.

“You’re not a virgin. Surely you know what that feels like.”

“No. I don’t. The guys I’ve been with were not into love, or romance, or helping me get off. They were more, get on, grunt for a few minutes, make a weird sound, and then roll off. God, I hate sex.”

Russ watched as she pouted.

“No. I take my time. I find out what makes a woman tick, and I do everything for her to find release, and then I find my own. It’s an explosion of pleasure at my hands.”

“That sounds so nice,” she said. “I wish I knew what that was like. I’ve tried touching myself to bring myself pleasure, but that was kind of boring. I’m not into that at all. I guess I’m defective.”

This was not the kind of conversation he should be having. Anna was clearly drunk, and he wasn’t in the mood to care. He’d take care of her, and he’d gladly show her how it could be.

“I’m going to go and get another beer,” he said.

Climbing out of his seat, he rested his head against the fridge.

He turned to find that she had followed him.

She took a step toward him, and she didn’t wobble. There was no way that she was that far gone if she could still walk steady. If she wasn’t steady, that meant she was drunk right?

“I want to kiss you right now.” She stepped up close to him, and placed her hands on his chest.

Russ covered her hands with his. “Do you even know what you’re doing right now?” he asked.

If he was a better man, the gentle billionaire, he’d have jumped back, and not touched her. He wasn’t the better man. Russ was a biker, and he was a ruthless billionaire, who did everything in his power to get what he wanted. He wanted Anna, to own and possess her in every single way he could.

Caressing her breasts, he wasn’t surprised by how ripe and full they were. She was perfect, and he slid his thumb over the hardened nipple.

Gripping her arm, he thrust her up against the fridge. All thought of drinking left his mind. There was only one temptation he wanted, and she was in front of him, in his arms, and he wasn’t letting her go.

Sinking his fingers into her hair, he removed the grip that held her hair up. The brown strands were soft against his hand, and he slammed his lips against hers, finally taking that kiss he’d been craving.

Shaun and Addison have been married for three years, yet there is no love or passion in their lives. They meet up once a month in order to have sex to produce a child wanted by their families. After months alone in a cold house Addison moves out to start a career doing what she loves, cooking. Seeing a television interview of her, Shaun is surprised to see that his wife is not the cold woman he thought she was. Meeting up and finally talking, they start to fall in love with each other. But not everyone is happy with their new found feelings. Will they be able to survive a betrayal they didn’t see coming? My Review: I want to marry you Ms. Crescent. I want to marry you and read your stories before they come out, that’s how much I love your writing. The beginning starts with such a bang, and I was immediately engrossed in the characters, and their lives and emotions. Ms. Crescent always does a great job of making her readers feel a spectrum of emotions and this book is no exception. Passion, love, lust, sadness, anger, betrayal. You become part of the character’s world and pray it never ends. Shaun and Addie’s relationship is messed up from the beginning and I love that she doesn’t start off where the reader would expect. You get to see the struggle the couple goes through to try and overcome the preconceived notions they have about each other. You see both sides to them and you grow with them as they start to become more than just a cold couple. When something happens (betrayal!) you feel their disbelief and pain alongside them and you the satisfaction at the end when it’s handled. The epilogue is sweet and wraps up the whole book making you sad that it’s over but you also have satisfaction because you have such a happy ending. If I were to criticize this book, and this would really be nitpicking, I would say that there were a couple times where information was repeated and then changed slightly. It wasn’t a big pain, but I will say I had to go back a reread it to make sure I had it right. But otherwise, another great novel by Ms. Crescent! I can’t wait to see what she writes next!

The ten men of the exclusive MC Billionaire Bikers are a unique group of successful businessmen by day but with the night they become leather wearing and very lethal bikers driven by a mission to protect those that can’t help themselves. A forming member of the MC, Russ is a hard and dangerous man who plays hard and isn’t about to apologize for the life he leads. When a mission to save and help the victims of human trafficking puts Russ in Anna’s path, their lives will be changed forever. Watching her best friend die at the hands of their kidnappers, Anna doesn’t care whether she lives or dies once she is rescued by Russ and the club. Anna is a little uneasy with Russ but he isn’t about to let her give up on life. He takes care of her, provides support and friendship, and challenges her to grab life. There is something about Anna that calls to Russ and he isn’t about to let her walk away from him. He will love and protect her, proving to her that what they have is forever. The principle behind this new MC series from the always delightful Sam Crescent is interesting and inventive. The concept of businessmen by day and hardcore vigilante MC bikers by night seems incredible but Ms. Crescent crafts the story superbly, presenting Russ and some of his brothers as the determined and ruthless businessmen as well as the leather wearing, bad boy bikers, never letting the reader forget it. This author has the touch for creating strong and feisty heroines, dominant sexy heroes, emotional turmoil and plenty of love scenes so hot readers it’s amazing the pages don’t go up in flames. Anna is a heroine that the reader can really take to their hearts. The despair and heartache she feels at the brutal death of her best friend and the physical and mental injuries she sustained while at the hands of her human trafficking ring has left her broken and lost. The emotional pull of the characters and their plight at times overwhelmed this reviewer, making this a story not easily forgotten. Anna’s life hasn’t been easy and she has a hard time letting people in. Watching Russ work to gain Anna’s trust while not quite understanding his growing obsession with the unpretentious beauty is enjoyable and heartwarming. It’s through their budding spirits and desires that these two lost souls find a chance at a forever kind of love. If anyone deserves a happily-ever-after it’s these two. I can’t wait to see what’s next in this exciting new series from author Sam Crescent.

This book was amazing best book ever it has my two favorite things billionaires and MC&#039;s :)

another great book from sam

This was a wonderful book. I loved that it was still an MC book but not near as gritty as some of Sam&#039;s other MC books. I still love those though. LOL This was a short, hot and sexy read and I totally loved it. Can&#039;t wait for the next book.

Billionaire Protector makes you feel what a woman who wants to to be worshipped, loved,and protected feels like. I loved every minute of Russ and Anna&#039;s story. After all what&#039;s not to LOVE about a romance with a hot billionaire biker, sizzling sex scenes, and great dialogue.