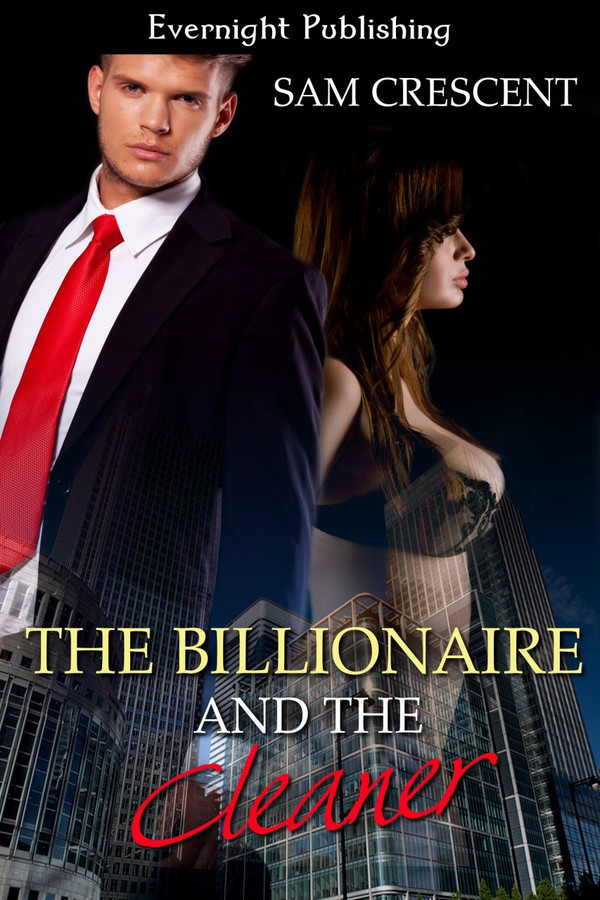 Billionaire Kent Anderson is used to getting what he wants. Every woman he knows falls at his feet. When the full-figured cleaner working on his floor catches his eye, Kent figures it will only be a matter of time before she’s underneath him, in his bed.

Lana Hawkins has dealt with a troubled past and is moving on. She’s sworn off men after her last boyfriend broke her heart. When Kent Anderson starts paying her attention she does the only thing she can think of…she becomes his friend.

But the attraction and passion between them starts to build until Kent finally takes the next step. But what can he do to convince Lana he’s in love with her? Her past is always in the way, and she refuses to open up. Can Lana finally give her heart to the man she loves or will her past finally take the one person she loves away?

Kent closed his eyes as the feel of her against him finally overwhelmed him. He’d been dreaming about this moment for some time. His cock thickened at the feel of her alone. Her breasts were beautiful and full. He ran his hands down her back feeling every curve and indentation of her body.

When her hands moved over him he nearly lost it. The impulse to press her to the bed and drive into her tight pussy was too hard to resist. He sank his fingers into her hair and pressed kisses to her neck.

“You’re so beautiful,” he said, whispering the words against her skin.

She didn’t say a word. Finally after a little time passed he pulled away. Kent took a step forward, making Lana take a step back.

He moved until she fell to the bed. Kent stood over her, looking down at her beautiful body. She made to cover herself.

He knelt in front of her and opened her thighs. The scent of her essence filled the space between them.

Her arms moved away from her breasts. He took the time to stare at her body. Her breasts were large with rounded red nipples that were tight with arousal.

“You’re perfect.” Kent cupped one breast in his palm.

She cried out, arching against him.

Moving his hand down from her breasts over her rounded stomach, he pressed his open palm to her pussy.

Lana was dripping wet with arousal.

“I want you.” Her cheeks were flushed. He didn’t know if it was from embarrassment or arousal.

She looked at him startled.

Slowly, she eased back. Kent lifted her legs to rest on his thighs. Her pussy was covered with a light dusting of hair. The lips of her pussy was spread open for him to gaze at her.

“No one has ever looked at me there.”

He stroked up her thighs. “That’s their problem. You’re mine now.”

Running his hands up the inside of her thighs, he watched as she tensed under his hands. Kent waited until she calmed down before leaning in a bit closer. Using the tip of his finger, he teased her outer lips.

“I’m not going any further until you relax, Lana. You’re going to enjoy this,” Kent said.

“I’ve never enjoyed … this.” She pointed between her thighs.

“Then the guys you were with weren’t doing it right. Don’t worry, baby. I’ll do it right and have you screaming in no time.”

After some time she finally relaxed under his touch. Kent waited a little longer and eased a finger through her pussy. When she didn’t tense, he eased a finger inside her pussy as the other teased her clit.

She moaned. Her pussy was tight around his finger. He held one finger inside her while his thumb stroked her nub.

Billionaire Kent Anderson has worked hard for his money but now everything comes easy even women. But that’s about to change when the full figured cleaning lady catches his eye. Lana Hawkins had a hard childhood and just got out of a bad relationship but she has no time to think about that with working two jobs to pay her bills. But her luck is about to change when she accepts a ride with Kent. A simple ride home turns into a friendship and love, but do two very different people have a chance? This is another hot and spicy book from this author. Kent is your typical hot alpha billionaire. He starts out as a man whore. He was hurt by his first love, but he is lonely. Kent has a soft side as a falls in love with Lana and introduces her to his family. Lana has a troubled background, but has become a strong giving women. She comes a full circle when she falls for Kent and become part of his family. This short book shows how two very different people find passion and love. This is a book that I happily recommend to my romance reader friends.

It&#039;s a nice fairytale. A billionaire and a cleaner. Nowhere else you could see something like that. It&#039;s a good book. The plot is about the attration between the two heroes.

Kent was so sweet to Lana. Lana needed a guy like Kent! Great read!!