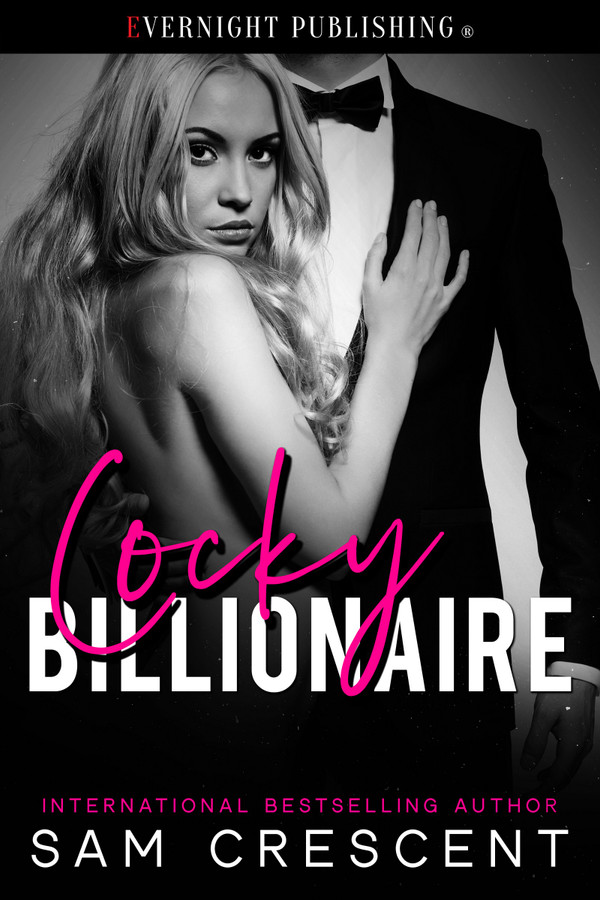 Caleb Turner is used to getting everything he wants out of life. When his father gives him an ultimatum, to settle down or lose his place in the company, there is only one person to turn to—his cleaner. She can pretend to be his girlfriend, then he’ll dump her once he has everything he wants.

Lauren doesn’t like Caleb. She also hates lying. His proposition is awful, but when he tells her how fragile his father’s health is, she can’t help but try to support him.

It was supposed to be one weekend as his girlfriend, which suddenly turns into an engagement, and what was more … she kind of slept with him. Now his parents are organizing a wedding while she struggles with her own feelings. She’s falling for Caleb. She wants this marriage to be real.

Is the cocky billionaire capable of love? Can she give herself to a man who tosses people aside when he's done with them?

He hadn’t told her about any kind of fake engagement.

Finishing her water, she kept a smile on her face as she entered the living room once again.

She grabbed Caleb’s hand. “I just need a word with Caleb. Excuse us.”

She was tempted to take him outside, but instead, she opted for the safety of their bedroom. Just when she thought he was a genuine guy and she’d gotten him all wrong, he had to go and prove her mistaken. Engaged?

She didn’t speak or give him any reason as to why she was dragging him away from his family.

Inside, she was fuming. He’d told his family they were engaged to be married. Freaking engaged, and that was news to her. Big fucking news.

She didn’t like to curse but around Caleb, he seemed to be bringing out the worst of her. Slamming the door closed, she turned on him and glared. “Are you freaking kidding me right now?”

“I have no idea what I’m supposed to have done.”

“Engaged? When were you going to tell me about that little snippet of information, huh?” she asked. “This is supposed to be one weekend. Now we’re engaged?”

“And who the hell told you that?”

“As if you’re going to listen to him.”

“I know you’ve got some serious issue with your sister’s husband and I get it. You’re protective but he got the information from Cassie, who got it from your father. Now tell me why he would think we’re engaged?” She glared at him, waiting for an answer.

“It was what he wanted to hear.”

“So what? This is your life. Your family’s life. My life. This was supposed to be one weekend with the occasional visit while I was at your place and now it’s becoming something more. It’s becoming a relationship and they’re going to expect so much more that we can’t give. They’ll want kids and they’ll want a marriage.” All she could see was her life playing out as one big lie, and here she was thinking how nice he was. The cocky asshole had to go and make this even harder for her.

“And you know what, I’ll give it to them. You’re not with anyone else so you can help me.”

“Ugh! You are so frustrating.”

“You think I don’t see what is going on here. You happen to like my family, so what’s the big deal?”

“The big deal is the fact they’re your family. Your loved ones, and one day I may want to find someone for myself. Someone who will love me, and you want the same kind of love as your parents.”

“I don’t believe in it. What they have comes once in a lifetime. You’re pissed at me, I get it, but I’ll give you a good life. I’ll make every single one of your dreams come true. You can hate me all you want but you agreed to this and now I’m not letting you back out.”

He stepped closer. “Do it.”

They were both panting hard.

She wanted to slap that look right off his face as if he knew he’d won. He hadn’t won. She wasn’t going to marry this man. Right now, she didn’t even like him.

Lauren didn’t know what happened or how she had even fallen, but within the next second, his lips were on hers, her arms were wrapped around his neck, and he had her pressed against the wall.

He took hold of her hands, locking them above her head, holding them in place. His lips trailed a hot path down her neck, sucking on her pulse, driving her wild.

All anger and thoughts left her, so what remained was this overwhelming need to be with him, to feel him inside her.

She hated him and yet, he’d gotten under her skin and she wanted him. This was a big mistake, but she didn’t care. It certainly wasn’t acting. This was real to her. Even angry, she couldn’t help but like him a little bit. Maybe even more than a little bit. He was an asshole but he also owned that part of himself.

She pulled out of his hold and removed his shirt, followed by his pants. He attacked her clothes, tearing them to shreds in his need to get them off.

Caleb has been given the ultimatum he never saw coming; get serious about life and get married, or he will lose his seat at the boardroom table he always thought would be his. The problem is he never wanted to get married because a marriage like his parents is once in a lifetime and there is no way lightning can strike twice. So he will find a woman to play the roll for him, but the woman he chooses is unwilling to go along so he does what he thinks is best and lies. Lauren has been working for Caleb for a couple of years. She is happy cleaning up Caleb’s home and taking care of him even if he has no idea. She does it because she believes in fairness and honesty, but Caleb has a plan which goes against everything she believes. His reasoning appears to be a good one, but she is not so sure they can pull it off. When things begin to get deeper, she comes to a point she is not sure if she wants out or if she wants the fantasy of Caleb. Caleb will do anything to keep his place and make his dad proud. Caleb figures a white lie to get what he wants is not big deal, but when the truth comes out can he convince Lauren that he really loves her and wants her for life? I will start by saying I really wanted to hit Caleb in the head with a teapot, but in the end, Lauren knocks him on his rear anyway. I loved both characters and the feelings were genuine and in no way is the reader not able to become invested in whether these two opposites can find a way to fit together. Ms. Crescent is the best at providing a curb ball and then leaving it up to the reader to go along for the ride. The writing is spectacular, and the story is one I was unable to put down because all I could see was the highway to hell. Give Caleb and Lauren a try you will not be disappointed.

Really good book. Had its ups and downs. Kept you wanting more. Would like more like this one,maybe in a series.

I didn&#039;t expect to like this book as much as I did but Caleb and Lauren&#039;s story was really good. Starting out as a lie, Caleb didn&#039;t expect to fall for Lauren but he did. And now he has to come clean with his parents and with her!! At times, I wanted to smack him upside the head because he really was &quot;cocky&quot; but as time goes by, he realizes what is happening. Now, he has to correct the lies and come clean. Will Lauren still want him after finding out the truth? I liked this book a lot.