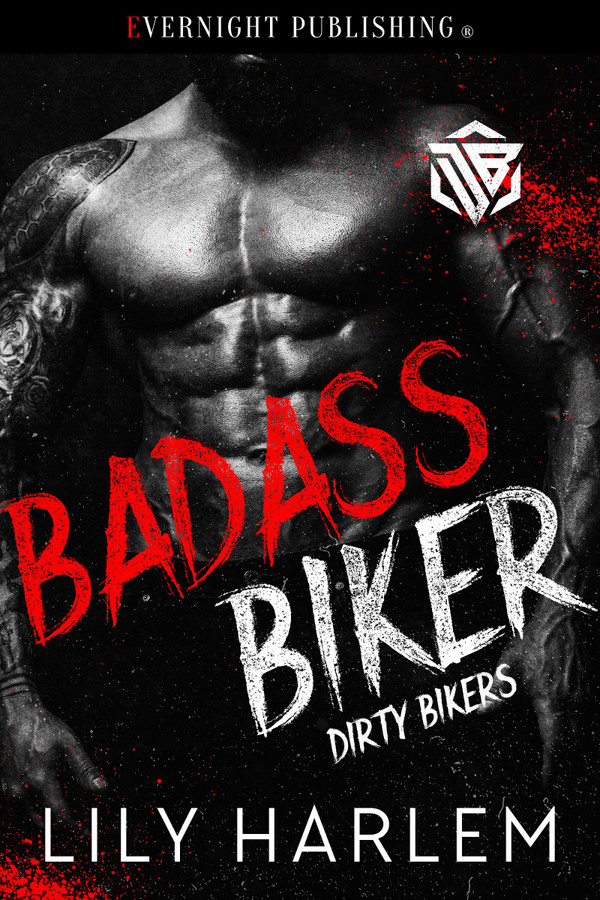 The Devil’s Barbarians, a notorious one-percenter MC, have arrived in town. Debauchery, brawls, and cocky charm, oh yeah, it’s all going down.

LEAH
Carter Harris is danger with a capital D.
I have to avoid him. Resist temptation.
Riding into the sunset on the back of his Harley is not an option.
Or is it?
Wild passion. Heady longing. Bad-boy looks. Hell yeah, I could be persuaded.

CARTER
Leah White might be the biggest challenge of my life.
She’s tiny but feisty. She’s independent yet those lost eyes tell me she’s crying out for a man.
And that man is gonna be me. There’s no question about that.
Now all I gotta do is seduce the heck out of her, even if that means resorting to dirty tactics.

Leah pressed her legs together, her muscles tensing from her belly to her toes and everywhere in between.

Carter had blocked out the sun. His face was all she could see. She was drowning in his eyes. He was witnessing the truth, her truth. She had judged him on his cut, his Harley, and his willingness to run with the devil.

A devil that was right now telling her that kissing him would be the best thing to ever happen to her.

“Good.” He kind of smiled. “That was all I wanted, for you to take the time to review your judgment of me.”

“What do you want me to see?” she asked softly, almost afraid to break the spell that had wrapped around them.

“A guy who likes a girl.” He touched her cheek with the crook of his index finger and ran it to her chin. “That’s all, nothing more.”

“I get the feeling there’s always more with you, Carter.” Where he was touching her tingled, as if she was super-sensitive.

He closed his eyes, his lashes long and casting small shadows on his cheeks. A muscle flexed beneath the stubble on his jawline.

Her breaths were shallow as she waited for him to speak.

“The question is, Leah…” He opened his eyes and nipped her chin. “How much more do you want?”

Her nipples tightened, and she had a sudden craving to have it all. All of Carter Harris. To suggest they rush into the beach house and rip each other’s clothes off. Fuck. Fuck hard, as if they’d never fucked before and never would again. As if their lives depended upon it. “I … I don’t know.”

“You don’t know how much of me you want?” His eyebrows lifted.

“How about we start with this?” He lowered his head, his eyes closing once more, and still holding her chin, he set his lips over hers.

The relief of finally feeling him there, pressing down, drew a small moan of longing from her throat.

He slanted his head and probed with his tongue.

She opened up and let him in. He tasted of beer, the ocean, and desire. She was sure the desire matched hers.

The kiss deepened. He was a damn expert, and she became lost to it. Lost to him.

Reaching for his sun-hot shoulders, she let the heat of his flesh absorb onto her palms. Beneath his skin, his muscles were honed and hard. She felt so small and yet so safe with him.

Eventually, he pulled back, his lips a little shiny. “You have no idea,” he murmured, “how much I…”

“How much you what?”

He touched the center of her lips. A small frown appeared between his eyebrows, a neat straight line. “You have no idea how much I want to stay here, kissing you, but…”

There was a but? After that kiss!

He sat on his ass with his knees bent and arms hanging over them. His ribs expanded as he appeared to take several deep breaths and stare out at the ocean.

She studied the ink on his back. The words Devil Barbarian Until I Die arced over a grim reaper with its eye sockets on fire.

“So, I’ll see you around.” He stood, a little stiffly, then reached for his backpack and scooped up his boots. “I’ll leave you the food.”

“Er, thanks.” Why had a strange hollowness filled her belly?

I don’t want him to leave.

That realization was sudden and powerful. It seemed to penetrate to her core, an annoying fizz of frustration. She’d have to get her vibe out later and take the edge off it.

“You’ve got my cell number,” he said. “If you need anything while you’re in town, call me.”

“For what?” He dropped his shades, and her reflection appeared in them.

“If you feel I judged you, Carter.”

“Hey, no hard feelings. I judged you too.” He shrugged.

“Sure, I never thought a goody-two-shoes like you, power suits, a mayor’s daughter, would make out on the beach with a biker. Guess we surprised each other, huh?”

I really enjoyed this book. Carter and Leah were both characters that were easy to like. Leah is a lawyer who doesn&#039;t know she needs a little excitement in her life. Carter is the badass biker who is really a softy. When they encounter each other, Carter makes it his mission to make Leah is. And it&#039;s such a fun and hot ride. You know with Lily you are always going to get some heat. Great job.

What can be better than a Biker that has a soft side, nothing. Carter Harris is part of the Devil’s Barbarians and has grown up in the lifestyle of a biker but when he gets caught up and finds himself in court he never expects Leah White to turn his head. Leah White an attorney who lives on the straight and narrow, her father is the town’s mayor and she never thought a biker would turn her head. Carter &amp; Leah lead such different lives but you can’t hide the chemistry between the two of them. Watching them come together is fun to watch and knowing that they only care about each other is Amazing.

Oh my badness! I love this book. This is a fast-burn, contemporary, good girl and bad boy romance. There is a ton of steamy, sexy hotness and a big scoop of trouble swirled in for extra flavor. There’s also a goodly amount of angst with the female main character’s uncertainty with her relationships, as well as the climax(es). I like how the opposites attract thing works for the main characters, Leah and Carter. Leah is a buttoned-up, straight-laced, Harvard educated lawyer and the mayor’s daughter. Carter doesn’t wear many buttons, and his laces are loose and crooked. Having said that, he is a good person under the leather, motor oil, and shady business. I adored watching him seduce Leah! This couple took me on a wild and scenic ride. There are some gorgeous descriptions of the California coast, as well as a few sentences here and there that painted pictures of the ocean. I liked the Happy For Now ending, too. The characters deserve to be happy, but I would have felt weird if they ended up getting married and having babies after such a short period of time.

Muscling In by Lily Harlem