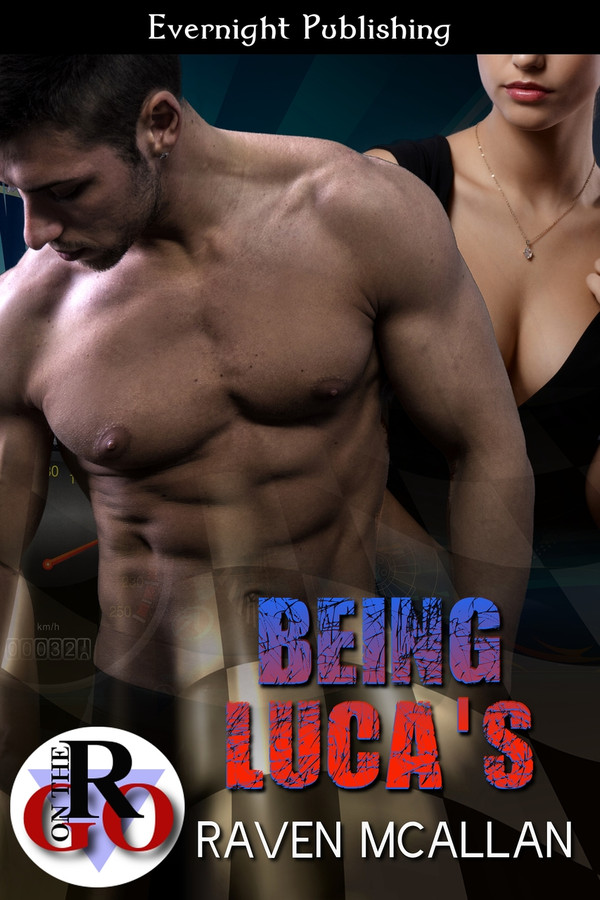 What is a marriage without trust?

When damning newspaper reports point to the seeming infidelity of her husband, Formula One Racing Championship driver Luca Corrieri, Leigh runs without waiting for his explanation. After all, the pictures don't lie—he has been cheating on her with her best friend.

Luca is devastated at the ease with which Leigh abandons what they have. Surely their marriage deserves more, but how do you convince someone of your innocence when they are not prepared to listen?

When the truth finally comes out, is their love strong enough to save their marriage?

She lay there in that pleasant state halfway between awake and asleep and relaxed.

The heavy hand on her shoulder made her scream, shoot up out of her chair, and turn around in a move to do any prima ballerina proud. Red wine went in every direction, except luckily, on her.

The guy who stood behind her chair didn't fare so well. With red wine dripping from his hair onto his face, and from his chin onto what seemed like a very costly silk shirt, he looked a mess. Even his expensive-looking trousers hadn't got off scot-free.

The expression made Leigh want to giggle—after all she was a Scot— although the guy standing there with a face like frost didn't.

"What a way to greet me, cara. Are you still feeling so pissy? After all you got what you wanted."

Leigh saw red and it wasn't just the spilled wine. All her introspective thoughts about being narrow minded flew out of her mind.

"Asshole. Fucking asshole. No, you got what you wanted. Your dick in that marriage wrecking groupie's cunt. What I wanted was your bollocks in a vise. And her clit to shrivel and her channel to shrink."

She couldn't believe the profanities that spewed out of her. Leigh always prided herself on not swearing, because as her mother had often said, it showed a lack of imagination and vocabulary. Right then she couldn't have cared less if it made her illiterate. The words fitted.

He reddened, took out a linen handkerchief, and wiped his face without saying a word.

Leigh was on a roll. In some perverse way she was enjoying herself. It was cathartic, saying just how she felt, to his face. "I hope you got yourself checked out, Luca? After all who knows who was in that pussy before you? Did you check the hair for nits? Oh no I forgot, she's probably one who dares to bare." She didn’t mention that since she and Luca had separated she'd tried that, liked it, and never gone back to hairy. "Best way really, less to catch anything in."

"You know nothing." He barked the words, looked around and then dropped the sodden handkerchief onto the table. "That's enough."

Leigh ignored him. "Not by a long chalk Signor Corrieri. Why are you here? How did you get in? Added breaking and entering to your list of transgressions now, have we?"

He swung a door key in front of her face. "No breaking necessary, cara. You left this in the door. Freudian slip? Or were you waiting for someone else?"

"Neither." She snatched the key from him and put it in her pocket. "I'm not the one who played away."

"Will this verbal crucifixion go on for ever?" Luca's voice was flat and unemotional. Only the tic at the corner of his eye showed how affected he was. "I screwed up, I admit it. I said sorry, what more do you want me to do? Bleed?"

"Well you screwed all right, and I guess it was up. Up into her. Bleeding isn’t enough. I've bled enough for both of us." Leigh bit back a sob. Luca lifted his arm toward her, took one look at her face and let it drop. She could only imagine what he'd seen there. However, if her emotions showed in her expression as usual, it would have been something along the lines of how she was wondering if she could commit murder and get away with it.

"You cheated, Luca. You defiled what we had. And that bitch crowed about it. In every bloody paper, before you said as much as a dicky bird. Were you hoping to get away with it? Fat chance with Angela, oh I'm your friend Leigh, bloody here's my cunt screw me whatsherface. Two faced bitch." All her thoughts of being open-minded, things aren't always what they seem, had gone from her mind. She was, in the words of her friend's daughter, 'in a mad'. "As for you, couldn't you have kept your cock in your trousers for one weekend? Was that too much to ask? And now I expect you're going to say it was all her doing. That she came on to you, and you were drunk and didn't know what was happening. Men. Think with their dicks." She turned her back on him and very deliberately filled her glass.

"Okay I get your drift." Leigh sat back in her chair. "Oh sit down, Luca. Tell me why you're here and then go away. If you want some wine, in a glass and in your throat rather than over you, there are glasses in the cupboard next to the sink. If not speak up and then fuck off. I want to wallow and wonder why I'm so lacking in sexuality my husband needed a whore."

"You are so wrong, cara. But it's not my story to tell." Luca sighed, nodded and walked into the house. She heard cupboard doors open and close. Why hadn't she just told him to get lost? Taken her key and locked the door behind him?

Because we've never really talked about it.

Luca returned to the garden and poured wine into a glass before he sat next to her and swirled the liquid around the vessel.

She laughed, although there wasn't a lot of humor in it.

"Both, although in this case I meant the wine." He stretched his long legs out in front of him, and held his wine glass loosely between thumb and forefinger.

Leigh looked at him out of the corner of her eye. As ever during the race season there wasn't an ounce of fat on him, only honed and toned muscle. In any other circumstances she would have drooled.

"Ah well, I had a good teacher." By now Leigh had calmed down. Except for her unruly hormones which made her itch to undo his shirt and run her hands over those impressive abs and … down girl, this is your lying, cheating almost ex here. Or he was until she thought otherwise.The cuss-filled rant had done her good, but worn her out. "Okay, Luca, why are you here?"

Warn her? That sounded ominous. Was there anything worse he could hit her with

A simple misunderstanding and a secret that was kept caused Leigh to flee from Luca. She was humiliated by the papers that printed stories about a night Luca spent with her best friend. But with things about to change and the truth about to come out can Luca get Leigh to listen to him and let him explain what really happened. I absolutely love these fast, fun reads of Raven’s.

Leigh runs from her marriage to Formula One driver Luca Corrieri when she discovers he’s been cheating on her with her best friend. She doesn’t wait to hear his side of the story, but simply believes the newspaper reports and fleas to her native Scotland. After all she always knew being Luca’s was too good to be true. Almost immediately she begins to doubt her decision-maybe she should have had more faith in him, in them. She never did allow him tell his side of the story. One night he tracks her down to warn her of another newspaper story about to be printed, but she’s still too angry to listen. Leigh is finally forced to admit she believes Luca, even without hearing his side of the story and she needs to tell him that before these new revelations about to be published. Can she get to Silverstone in time to save her marriage? Well written, fast paced and with well-developed characters, the author has packed a lot into this quick read. I enjoyed it from beginning to end.

A thoroughly enjoyable quick read. I love Raven McAllan&#039;s writing style and this novella was no exception. With just a few sentences she introduces us to characters and situations that are both recognisable and believable. The themes of the story are the importance of trust and communication...both are vital to any relationship. The setting for the denouement brought back happy memories of being at Silverstone for the British Grand Prix in the late 1980&#039;s and early 90&#039;s. All in all a good summer read. I was gifted an ARC in exchange for an honest review

I love Raven&#039;s books and this one is no exception. It grabbed me from page 1 right to the end and, as usual, left me wanting more! Set in the fast paced world of F1 motor racing (a sport I love) it highlights the damage that can happen when the &quot;gutter&quot; press decide to run stories that are wholly unsubstantiated and false and the damage that this causes to relationships. As one of Evernight&#039;s &quot;Romance on the Go&quot; stories it is short, intended to be read in one sitting when you just have a little bit of time for yourself but it is a full story and packs a great punch. I absolutely loved it!