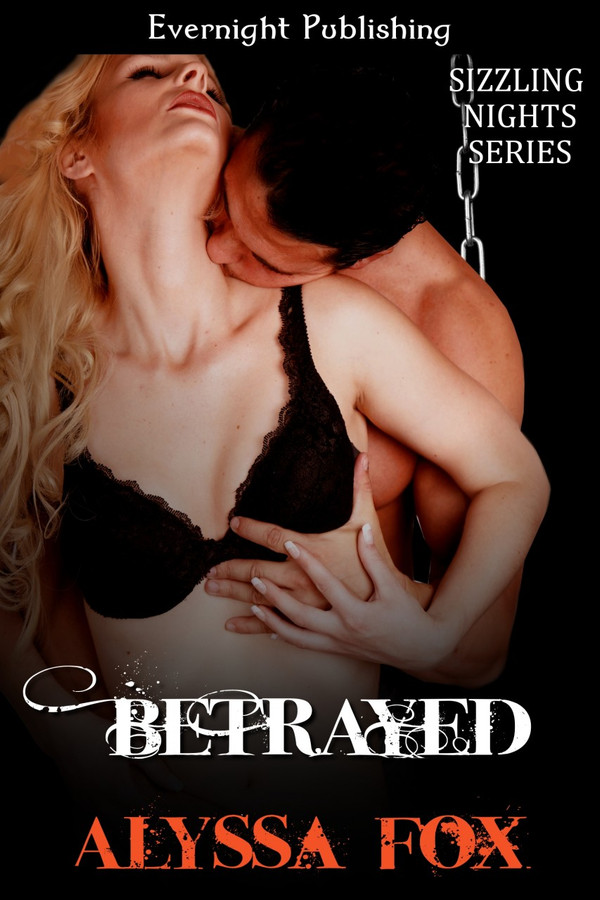 Tasha Thomas's life has been turned upside down. One day at work she finds evidence that her boss, the mayor, is heading up a sex ring. She’s in over her head. He sends his men after her for knowing too much information, so she runs to her husband Alex for help.

Alex is shocked to see his wife, who left months ago, on his doorstep. He's never gotten over her leaving. Now he vows to protect her with his very last breath. Except all the evidence points to her being guilty of being the head of the sex ring his FBI team has been trying to bring down. Can he prove her innocence and show her that they still belong together before he loses her for good?

A hot palm pressed into her hips, forcing out a shaky breath. Alex stood behind her.

His finger trailed across her spine, and without thinking, she arched toward him. Her mind stilled, and all she could think of was him, and how his hands held her. How she wanted him to do more, touch her further. Heat raced down her spine, pooling into her sex.

“Thanks.” She hoped he didn’t hear the way her voice shook.

His hand slid the rest of the way down her spine and over her ass. Tremors rushed through her body as he massaged like he had all day to keep her on edge. Alex pressed a finger close to the cleft, and she stopped breathing. He pushed his hand up her leg and into her shorts and panties. Without a warning, he plunged deep into her wet folds. Ruthless. He didn’t let her body get use to the sensation before he circled her sex. Nothing felt as good as her husband touching her.

“Alex, we can’t.” No matter how badly she wanted him, she couldn’t risk her heart.

With a quick flick of his finger against her clit, all reasoning of why they couldn’t vanished. She grabbed her legs to keep steady.

“Shh, Tasha, feel me touching you. Don’t think for now.” Strain dripped with each word. He’d been as affected as her.

She couldn’t think even if she wanted to with the sensations washing over her body. Alex’s erection pressed against the small of her back. Blood rushed to her head making her lightheaded. She should say something, but words wouldn’t come—only moans. He wanted her as much as she wanted him in this moment. Her breasts ached with need as her nipples pebbled with each relentless stroke of her clit. As he drove her closer to the edge, she couldn’t catch her breath. Pure hot heat scorched across her body.

“Yes, right there, oh my, Alex!” she screamed out her climax.

He moved back as he helped her stand. Slowly, she raised her hands to her head as the blood drained back, and the lightheadedness she felt started to fade. Spots danced on the outside of her vision. She closed her eyes and waited for the rushing feeling and the room to stop spinning. What just happened? Damn it, she’d let her guard down for what? An orgasm? No, make that a mind blowing one. One she would do all over again.

She took a deep breath in, opened her eyes and saw him staring back at her. Her heart ached to let go, to fall in his arms forever and never leave.

Tasha turned on her heels and made her way to the door. She had to get away, before they did more than they already had. Alex’s hand wrapped around her bicep, not too tight, but enough to get her attention and silently tell her they weren’t finished. She tried to jerk away from his grasp, but he wouldn’t have any of that, and he pulled her against the hard pecks of his chest.

“Where are you going?” his raspy voice growled.

Betrayed is the second book in the Sizzling Night series by Alyssa Fox. I chose the book because I enjoy reading suspense and BDSM. This book has both together in one book. Tasha Thomas is not having a great year. She miscarried, and left her husband. Even though she kept her job working for the Mayor, she has her coworkers tell anyone looking for her she left town. Once she finds out that the Mayor is involved in criminal activity she turns to the only person who can help her, her husband and FBI agent. Tasha is a strong person, it’s apparent that she is unused to getting help from those around her. She is a very likable person. She just seems to have a streak of bad luck. Alex Thomas is a FBI agent who has not seen his wife in eight months. He reserves judgment on whether Tasha is telling the truth. Alex seems more interested in getting his wife into bed than protecting her or even believing her. When Alex’s brother comes over at Tasha’s request Alex’s jealousy goes overboard. Alex never really sits Tasha down and questions her, nor does he pass the information on to others at the FBI to help her. He is very quick to believe that she is guilty. The story was a bit rushed. This story could have been easily twice this length it was. There was never any real dialogue between Alex and Tasha as to facts that could help prove her claim and catch the Mayor. Tasha is a bit to easy on her husband and too accepting when he lashes out on her. Overall this was a fabulous story. I can’t wait to read more from this author.

Betrayed (Sizzling Night, 2) by Alyssa Fox is an Erotic Suspense not for the faint of heart. Be warned ahead of time, this one will make you sizzle! The story starts out putting you on the edge of your seat as Natasha (Tasha) Thomas finds herself in one heck of a mess. She knows that the only way to keep herself safe and to solve the case she finds herself in the middle of (one her husband&#039;s been working for a while) is to go and see the man she left six months earlier. How she left this man I&#039;m still working on figuring out but that&#039;s neither here nor there. Tall and sexy, aka: Alex Thomas - the husband, offers her safety all the while suspicions swirl around in his head about his wife and the timing of her reappearance. These two have it bad for one another and it shows with how quickly the sparks ignite once they are again in one another&#039;s presence. To say this book was hot, steamy, sensual and several other apt terms would be seriously underselling it. It was HAWT folks, HAWT! While there were a few grammatical errors, a couple of spelling mistakes, they were not enough to distract or detract from this story. If you want a good hot and steamy story to keep you warm tonight, I highly recommend this one.

Bound to Protect by Alyssa Fox