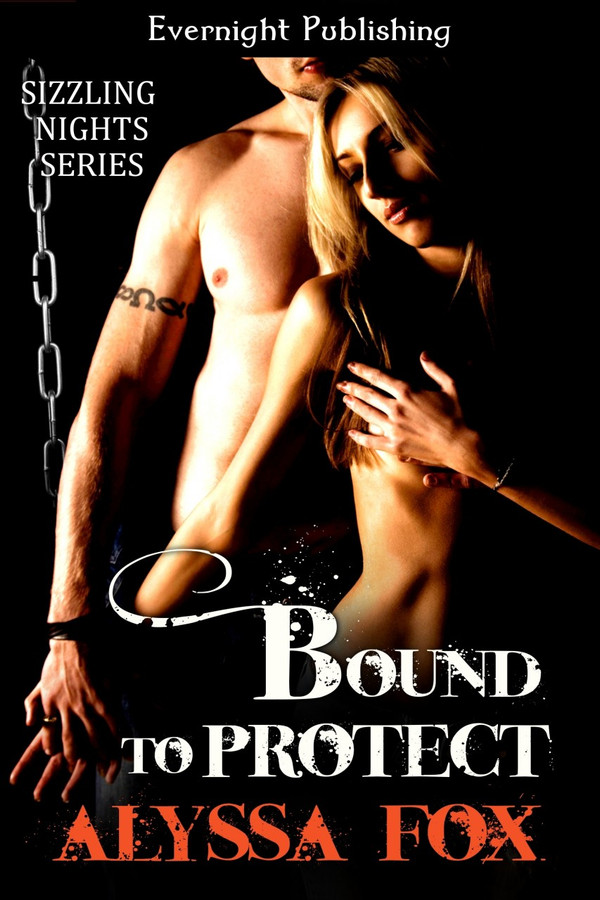 Katie Thomas has been living a secret life for four years to keep safe. She’s scared and not sure what to do, until she moves next door to fellow doctor, Chad Davis. One sizzling night together has her yearning for more, but what he wants in the bedroom is a threat to everything she’s ever believed.

Can Chad help Katie unlock her hidden desires and prove to her she means more to him than a fling?

The moans coming from Katie just about did him in. Chad lowered her onto the bed and the grip of her arms around his neck tightened. For a moment, she pulled away from the kiss.

A smile crossed her face and made his heart grip tighter against his chest. He was going to enjoy teaching her to be submissive.

“Take your shirt off,” he said with a gruff voice.

“You heard what I said.” She stiffened and pulled her legs against her chest. Chad stifled a curse. He had to get his dominant side in check if he was going to reach her. He couldn’t go all “hard-ass” on her the first time. What she needed right now was reassurance that she was safe enough with him to truly let go.

“You’re not going to take it off?” Uncertainty laced her voice. .

“I’m not a helpless bimbo that needs to be told what to do to get off,” she spit back.

He hardly kept his laugh inside. She still wanted to fight what he knew her body wanted, but her independent streak was woven so deeply that she didn’t want to let go and feel. Hell, after all she’d been through, he could understand why. That was one thing he admired about her.  Katie didn’t take shit from anyone.

“Is that so?” Butterflies slammed against her stomach as his hand continued to roam her body. For a moment she worried about Chad's taking things too far, about not being what he needed in a woman. What if she wasn’t built to do what he wanted? He didn’t give her much time to think on that before slipping off her thong. Now she was completely naked with his hard body pressed against hers.

“Yes. Now, no talking, unless you’re screaming out my name. Until then, call me ‘Sir’.”

“What if I have a question or something is bothering me?”

“Address me as ‘Sir’ and we’ll deal with it. Are you ready?”

Katie nodded. Nothing could happen to her, and if she needed it, she had a safe word. If she had to, she’d hold onto that reassurance with all her might and not hesitate to speak the safe word if things overwhelmed her. That was the whole point of having a safe word.

“I asked you a question.”

Drawing in her bottom lip, she grazed it with her teeth. “Yes, I’m ready.”

“Yes, what, Katie?” He stopped the caress just a whisper away from her breast. She desperately wanted him to touch her again. Arching towards him, she tried to bring her body into contact with his hand, but he moved.

“Relax. Every time I touch you, I can feel you jump. No one’s going to hurt you here.”

Taking in a deep breath, she willed herself to relax, or at least try. Before, this was the point where she’d have trouble and start to pull back from her lover.

“Shouldn’t we lie down?”

“If I thought we needed to, then I’d have told you. Get in the middle of the bed and sit back on your heels.” He could almost see the wheels turning in her head, and for a moment, he wondered if she would use the safe word. Taking a breath, she moved to the bed and did as he had told her. Good girl. Chad climbed on the bed behind her. He palmed her ass, sending heat racing down her body. “Anyone ever take you back here?”

Oh God, not there! That shouldn’t turn her on even more. Chad’s body heat seeped into her back as he blanketed her with the hard muscles of his chest. His hand moved between her thighs.

I really enjoyed Chad and Katie’s story. At first, she found him annoying, but there was…something. As soon as they had the opportunity to be alone, all bets were off. The subplot of her stalker ex-boyfriend and previous violence was certainly enough to keep the story spinning along at a quick pace and the D/s that Chad pulls into their bedroom play is certainly enough to have me reaching for something to cool me down as I read. Another delicious turnout by author Alyssa Fox.

Katie and Chad have danced around their attraction to each other for four years, mostly due to Katie&#039;s distrust of strong men and Chad&#039;s promise, unknown to Katie, that he will watch out for her. Katie is hiding out from her abusive ex, an ex-military man who tried to kill her when she broke up with him. Chad has his own demons related to Katie&#039;s ex, but she is completely unaware of the shared tangles in their past. Added to all this Katie&#039;s over-protective brothers and her submissive desires and there are plenty of interesting things going on in this story. I enjoyed watching the push and pull between Katie and Chad. They both seemed to want to see where the attraction between them would go and to fight against it at the same time. There were several moments in the story where I wished they would both hurry up and lay all the secrets out on the table because they were driving me crazy with them, but at the same time watching all the little truths spill out and fill out the complete story was enjoyable. The ultimate scene with Katie&#039;s ex and the make-up with Chad were both great endings to those parts of the plot, and the Dom/Sub parts of the story were a good addition rather than taking it over. I really liked Katie&#039;s strength after everything she had been through and Chad&#039;s willingness to admit his wrongs and admire her were very sweet. They make a believable couple and a great read.

Katie has held herself in check for many years when it came to dating and men in general. Yet, no matter how hard she pushes Chad away, he always has a comeback and a smile for her. The night she moves next door to him, Katie lets her guard down. Why deny herself of what they both want? Katie quickly learns that Chad likes to play Dom/sub in the bedroom but Katie isn&#039;t sure she can ever give another man control over her or her trust. Chad has been looking after Katie on behalf of her brothers since she left her ex-boyfriend. The job has an underline meaning for Chad, mostly revenge. As Chad gets closer to Katie his more deeper need becomes protecting her, but when Katie runs from the feelings between them, Chad is afraid she will run right into trouble. Chad knows now he can&#039;t live without her. Bound to Protect is a pretty mild BDSM romance. Not only will the bedroom scenes get your heart pumping but the story line will too. Learning Chad and Katie&#039;s stories a piece at a time gets a bit frustrating and Katie&#039;s attitude towards Chad turns a bit catty as well. In the end though, all the answers come out and Katie comes to her senses. If you are looking for an easy read with some excitement in and out of the bedroom, Bound to Protect is a good read to pick up.

Ms. Fox has written an entertaining story with steamy sex and arousing BDSM elements. The plot is very interesting, the characters have sizzling chemistry, and the ending is a happy one. There are some grammatical errors and a handful of instances where I became confused about the number of brothers Katie had, what her “new last name” was, why more evidence was needed after the bad guy had already shot one of the FBI agents recently, and exactly how her brothers could hire a trauma surgeon to be a bodyguard. Some of these things needed a little more fleshing out, but overall, Bound to Protect was an enjoyable read.

Katie is in hiding from her murderous ex, working at a hospital with Chad. Her attraction to him is strong, but he is too much of a player, and she cannot get serious until her ex is brought to justice. Chad, however, will not stay out of her thoughts. Chad has been watching out for Katie since her brothers asked him to years ago. He is ending his bodyguard status as he realizes he wants her too much. When he discovers Katie’s interest in bondage, he throws caution to the wind and begins an affair with his sexy co-worker. The terror of her ex showing up sends Katie and Chad closer together, and both want to protect the other. When the threat is gone will they be able to forget the past for a loving future? Both Katie and Chad are thrilling and their connection through the past is touching. The dialogue moves the story and showed emotions well. Bad guys were rotters, and the alpha hero types were strong and charming, but have no problem lying to Katie “for her own good.” This is a smoking hot book, and Ms. Fox writes excellent sex scenes. The characters were well developed with full lives and backgrounds that gave you empathy. The only real problems I have is with the timeline and a few logical points, but let me point out that my day job is finding incongruities -- it is what I do, so most readers are not going to notice what yells out at me. This is my first book from Ms. Fox, and I want to read more. Anya