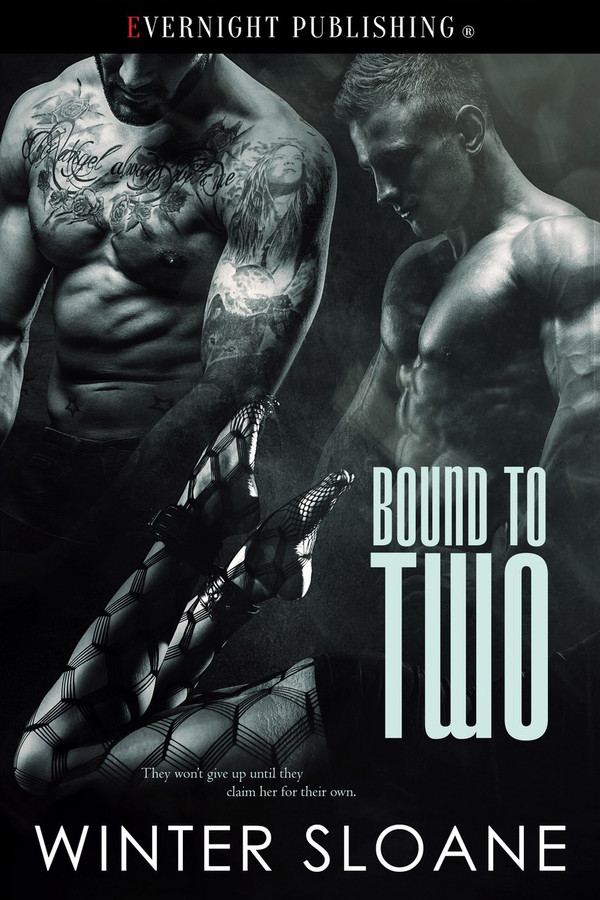 If they can solve the puzzle that is Sarah, she may double her pleasure.

Underneath her polite veneer, ink, and scars, Sarah Evans hides her pain and damaged soul. She strives to remain an enigma to the Bentleys for fear her secrets could destroy them. But the brothers know they’ve finally found the sub they’ve been longing for…and they won’t give up until they claim Sarah for their own.

“So responsive,” Jared murmured, beginning to play with her nipples. He pinched and tugged until the points hardened.

Sarah stifled a moan at the dual sensations. The reminder she was helpless, had to take whatever they wanted to do, aroused her more. Sarah thrust her pussy at Damon’s hand, swallowing when he pressed one large hand against her mound, keeping her flat against the bed.

Her stomach sank when Damon threw her a cold, disapproving look. God. Sarah had played with a number of Doms, but none of them possessed the ability to make her body truly yield and call to her deep-rooted submission. Reduce her to a highly strung violin, where she deeply felt each tug and reverberation.

“We lead the dance here, not you.” Damon glanced at Jared. “Those tits would look perfect with ornaments.”

Jared grinned, getting off the bed. Sarah turned her head, tracking his movements, but Damon tugged her clit ring.

Damon lowered his head, flicking his wet tongue against her piercing, hands firmly securing her thighs on the mattress. Sarah pressed her lips together, but her breathy moan managed to slip out. Damon’s tongue mercilessly lashed back and forth over her engorged clit, his mouth moving lower, nibbling and sucking at her labia before stabbing into her folds.

“You can be as loud as you wish, little one,” Jared murmured, returning to the side of the bed. He stroked her sweat-soaked hair. On the other hand, chains clinked. Despite the riot of sensation Damon sent through her body, she tensed at the sound. Jared noticed. He cupped her chin. “Relax, Sarah.”

Jared showed her the toy he picked. Nipple clamps connected by a thin chain. Nothing dangerous. Sarah breathed a sigh of relief and relaxed against Damon’s ministrations. Jared laid gentle kisses on both peaks, the gesture unsettling Sarah, before he attached the clips. The slight input of pain collided with the warmth of Damon’s mouth against her pussy, settling down to a perfect mix.

“If you come without permission, we’ll have to do this all over again. Understand, sub?” Jared warned.

On the verge of climax, Sarah felt herself nod. She groaned when Damon pulled back and reached over her belly. Sarah only then noticed the second piece of chain dangling between her clamps. She let out a protesting sound when she realized where it would fit.

“Hush, little one,” Jared said in soothing tones. He ran his fingers across the clamps, tugging slightly, making her gasp. “Take your punishment with grace.”

I enjoyed Bound to Two. The depth of emotions expressed in the story make it a keeper. The author clearly understands BDSM and how it works in real life and I was happy to read that, as not all authors do. Some of the abuse was difficult to read, and abuse survivors might find it difficult as well, but this is a well written story with a good ending, and if you can get past that part, it is well worth reading. I highly recommend Bound to Two, it is a deeply emotional romance that I plan on reading again. Regina Reviewer for Coffee Time Romance &amp; More