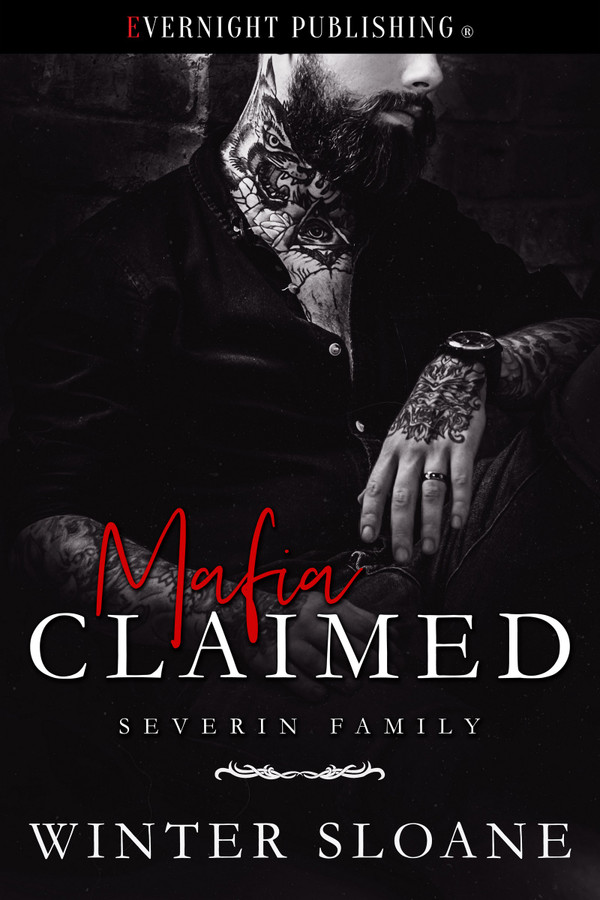 Grace: Lucas Glass. Artist. Those are the words on the elegant white card he gave me but I know better. He tells me I’m his latest muse but I can tell he wants to do more than paint my body. Every inch of him screams danger. My bestfriend tells me to run while I still can. A dead cop’s daughter, a nice girl like me can’t handle a man like him. I’m about to prove all of them wrong.

Lucas: I wanted out. I left my past behind, hoping to start fresh but blood’s always thicker than water. I need to stay away from Grace but one taste of her sweet lips and I’m hooked. Grace’s the light to my darkness, but one misstep and I can drag us both to the underworld I’ve escaped from.

“Do you think you’re dreaming?” He spun her by her shoulder so she could look at him.

Lucas tipped her chin with his fingers. Her lips trembled. Lucas told himself he’d be a gentleman when it came to her, but that had never been him. He stole a kiss from those fuckable lips, pleased she clutched at his shoulders and responded in turn. Heat kindled in his dick and spread to the rest of his body.

He pressed himself against her, wondering if she could feel his erection. He could feel her heavy breasts against his chest, and he suddenly wanted her naked. Bared for him completely.

Lucas deepened the kiss, liked that she sucked down on his tongue. He had to pull away before his primal instincts to rut her like an animal kicked in. Lucas didn’t give a fuck they were still in the gallery and there were cameras watching.

If this went on any further, he’d fuck her right against that wall, next to that painting of a horse. Lucas bet she wouldn’t fight him. She’d submit and yield to him beautifully like her name. With grace. Once she had a taste of him, she’d never crave or want another man again.

He would make sure of that.

She panted, her lips still swollen from their earlier kiss. Grace looked dazed. He wanted to capture that look forever in paint so he could look at it over and over again.

“Forget about what happened here,” Lucas told her. “The police will take care of that bastard.”

Clarity returned to Grace’s hazel eyes. This woman was sharp, smart. Lucas approved. “That man tried to kill you.”

Shock reflected in her features. “Who was he? Why did he—”

Lucas pressed a finger to her lips to silence her, then kissed her again. “No more questions, at least for tonight. I’ll see you next week, Grace.”

He released her and walked toward the elevator. Lucas needed to tidy some things up. To phone his contact at the station and give Marco Severin a call. He might no longer answer to the head of the Familia, but he owed them a heads-up.

“You assume I’d still come to your studio after seeing that,” she stated.

Grace is a simple girl just trying to get through life, but there is another part of her that would like a little spice in her life. When she meets Lucas she knows there is more to the man, if the whispers were to be believed, but she never feared him. Lucas is a man used to the dark but who wishes to leave the life behind and start anew. Unfortunately, his past keeps coming back to haunt him and Grace gets a front seat to a man attempting to kill him, but she still comes back. She is the woman for him and he is determined she will be his always; his muse. Grace is the daughter of a police officer who has always desired a walk on the wildside. She knows what people say about Lucas, but she knows there is no other man who could make her as happy as he does. Lucas is determined he will not be drug back into the life he left behind, though many think he will come back eventually. He is determined to be a better man because that is what Grace deserves. Grace knows there is more to Lucas because she has seen it for herself, but she is determined to stand by his side no matter what. When the going gets tough, can Lucas and Grace hang onto the happiness they have found together, or will Grace run for the hills? I like Grace because everyone thinks she is weak, but the reality is she is anything but. Lucas is a man who is a reformed monster trying to stay out of the family business. I like the two of them because he needs her to believe in him and she needs him to be free and the woman she always desired to be. The writing is good and I am definitely going to look into the books for the rest of the family because I enjoy a story where women shock the men who think they have seen it all. Ms. Sloan puts just enough of the wild in a romance which allows the reader to enjoy a knight with tarnished armor.

This is the 3rd book in the severin family series. Lucas and grace have an instant love. can Lucas Leave his past behind? I received a free copy of this book via Booksprout and am voluntarily leaving a review.

Lucas and Grace has instant chemistry. Even though he had a questionable past, Grace is able to over look it. She sees the man Lucas really is. This was a great read!! I received a free copy of this book via Booksprout and am voluntarily leaving a review.

Lucas and Grace has instant chemistry. Even though he had a questionable past, Grace is able to over look it. She sees the man Lucas really is. This was a great read!! I received a free copy of this book via Booksprout and am voluntarily leaving a review.

The erotic mysterious artist known as Glass is going to show you he&#039;s so much more. Part mobster, part monster but all in for leaving it behind. Grace has one friend who she lets kind of push her around. But for once she&#039;s glad she listened and went to see the art gallery from Glass. She&#039;s about to see the whole other side of Lucas. Grace and Lucas become so important to each other. He shows her she doesn&#039;t always have to be good and she shows him he doesn&#039;t have to always be bad. A well written dark romance. A++!!! I received an ARC for an honest and voluntarily review.

Claimed by the Crime Boss by Winter Sloane