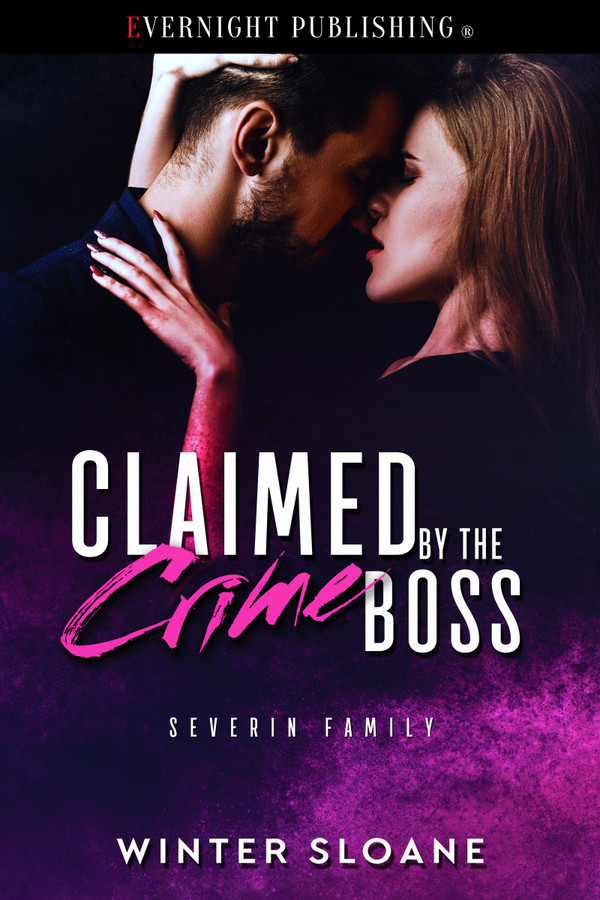 Lila: Marco Severin is the devil in disguise. This entire city lives in fear of him and so do I. I’ve attracted his attention but I can’t cut and run. I desperately need his help. When the ice between us begins to melt, I find myself falling hard and fast for a man I hate, a monster responsible for my father’s death. I’ve done my best to stay away from his world but now I’m knee deep in it and I don’t want to leave.

Marco: Lila’s mine. Her old man should’ve known better than to entrust a saint like her to a man like me. One kiss, one touch and I’m obsessed. She’s fallen right into my trap and I have every intention of keeping her. Love and hate are the same. Lila is soon about to find out I always get what I want.

“I’m not going anywhere,” Lila replied, still holding his gaze. Fuck, but the fire in her eyes made his dick rock hard.

Marco knew she wouldn’t leave. He simply wanted to hear the answer from her own lips. He’d never forget how she held herself together even when her entire world must’ve felt like it was falling apart. Lila stuck by him when she could’ve run to the cops. She glimpsed the devil in him and still decided she wanted him.

That counted for everything. He stripped her out of her dress, tearing the fabric in the process. Lila swallowed as the fabric fluttered to the floor. She’d certainly taken him by surprise when she asked him to take her back here, to his place. Uncertain territory.

He buried his face into the slender curve of her neck, inhaling her scent. Marco must still smell of blood, of death, but neither of them seemed to give a fuck. He kissed her pulse point, set his teeth into her skin, and bit deep, leaving a hell of a hickey there.

There. He’d marked her. Blood surged to his cock. He wanted so much more.

He undid her bra, let it fall to expose her perfectly rounded breasts. Her rose-colored nipples tightened to points. Marco bent his head down, took one in his mouth, and sucked hard. She gripped his shoulders, leaned back, and let out a sigh that sounded like music to his ears. He bit her there and moved to her right breast.

Marco touched every inch of her creamy, perfect skin without reserve. He slid his fingers down her curves and under the hem of her black lace underwear that matched her bra. Marco knew what to get her as a present next time. He shredded her underwear and raised his head from her breast.

She panted for him, pupils blown, lips parted. Greed speared through him, so did possession. Marco took her mouth and thrust his tongue down her throat. He slipped his hand lower to touch her pussy and felt her wetness, her eagerness.

He pulled his mouth away.

“So wet for me already, baby?” he asked.

She didn’t answer him. Couldn’t.

Lila needs to ask the devil, a.k.a Marco Severin, for help in a situation she is unable to get herself out of and she has no desire to die. Lila thinks she is walking into the arms of Marco with her eyes wide open, but she soon learns there is a plan and she is it. Marco has wanted Lila for years, but there is no place for a permanent woman in his life. He starts out using Lila’s circumstances to get what he wants, but he had no clue that his world is about to change. Lila finds there is more to Marco than she previously thought and Marco realizes Lila just might be the one woman who can accept him flaws and all. When deadly situations occur, can Lila accept his crazy life or will she run from the one man she has always held close to her heart even in bad times? I enjoyed reading the story of Lila and Marco because they have had feelings for many years but avoided each other due to circumstances. I find the writer brought the emotions, bad and good, to the forefront of the romance and both characters are forced to look at themselves and each other. The romance is sweet in a dark kind of way and makes for an entertaining read.

Lila and Marco had chemistry from the beginning. It took some time and letting go of anger to get them back together! Of course there were a few twists in between! They got their HEA! I received a free copy of this book via Booksprout and am voluntarily leaving a review.

3.5 ⭐ Pretty decent length little steam and some mob drama. Lila is back in town because she had to bury her father and come face to face with a boy she grew up with and had a crush on Marco. Theirs tension since she blames him and the mob family sinceher father was apart of it. And leaves. Fast forward 5 years she back in town she had a problem and knows only one man can fix it. Marco boy he is alpha and he already knows the problem since he been keeping tabs on his girl for the past 5 years he makes a deal with Lila he make sure no harm comes to her and shes his. He&#039;s done waiting and claming her as his own. And they do have some ups and downs on communication but they trust and love one another.

Indebted to the Bratva Boss by Winter Sloane