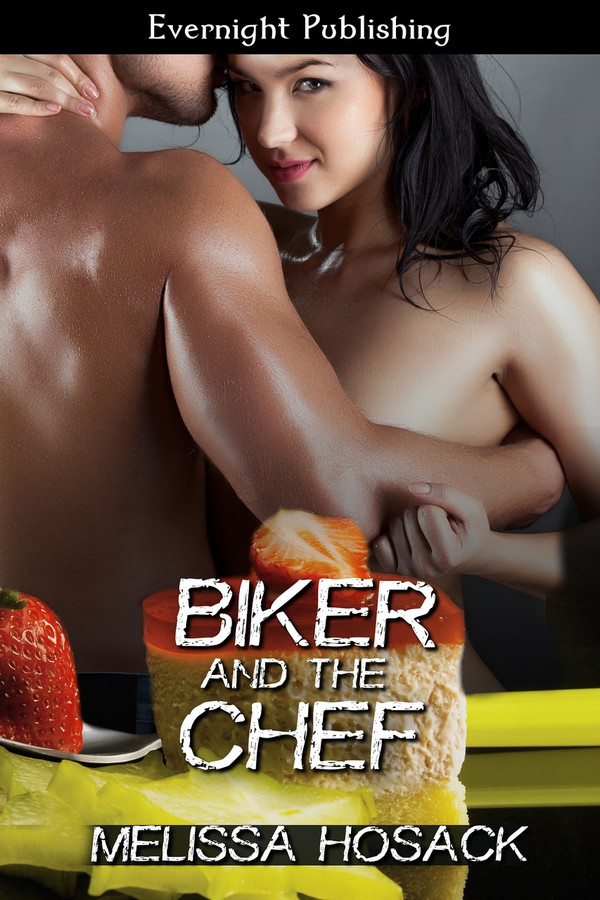 Charlie Bordet is the ultimate bachelor, and he prefers things that way. That is until Arabella walks into his life. After losing a bet, he’s forced to hire her to work at his restaurant. The only problem is that she’s got zero experience or culinary skills. She’s stubborn, opinionated, and brash. She turns his classy restaurant and life goals upside down. He can’t decide whether he wants to strangle her or kiss her.

Arabella wreaks havoc on his strict-ruled restaurant but somehow worms her way into Charlie’s heart. He’s always been content alone, but she’s making him rethink all of that. Can he survive the whirlwind that is his newest employee? Or will she bring his restaurant—and their romance—down in flames?

Dropping the rag in his hand to the counter, he made his way to the back door and eased it open. His head peeked around the opening, and he glanced cautiously into the alleyway. To his utter disbelief, a motorcycle pulled up into the small, cove-like area where delivery trucks usually unloaded their inventory.

The driver cut the engine and fluidly climbed off the bike. In an obviously practiced move, the biker flicked the kickstand with a foot and lowered it to the ground.

Charlie gaped at the biker in open astonishment. It took a hell of a lot of nerve to park up against someone’s place of business. If this guy thought he was going to leave his motorcycle here while he gallivanted about the city, he was sorely mistaken.

Marching forward, knowing his expression was one of outrage, Charlie said, “Just what the hell do you think you’re doing?” He waved an accusing finger at the bike. “This…thing…is not staying here! Remove it now, or I will call the cops.”

The biker pulled off the sleek black helmet and lowered it to one side. And in that instant, Charlie realized the biker was not a he. It was a she. A very attractive she with long black hair, deeply tanned and flawless skin, and the most kissable lips he’d ever seen. She was of some exotic descent, most likely Asian in nature. If he had to guess, he would say her family was from somewhere in the Philippines. No matter where she was from, the woman was a damn knockout.

Charlie came to an abrupt halt, his senses jarred at the unexpected sight before him. His breath was literally stolen from him, and he was finding it hard to even think a complete sentence, let alone speak one.

The woman shot him a dirty look as she looped her helmet over one of the motorcycle’s handles. “I’m reporting for work. That’s what I think I’m doing.”

“R-reporting for work?” Her comment didn’t compute in his mind. His brain was still too fuzzy, too distracted by her. He knew there were dots there, but he was having a hard time connecting them.

A great short story about Charlie a chef/ restaurant owner who you read about more in book 1. Then their is Arabella a biker/dancer who is Parker&#039;s friend which we met in book 2. Dex and Parker asked Charlie to give their friend a job at his restaurant as chef only problem is she can&#039;t cook at all. Reluctantly giving in he sets out to show her they way he likes things down but all goes completely wrong. These two are complete opposites. He is controlled and follows the rules, She loves to mix things up and takes chances. But they work together bringing out the best in each other and their lovemaking is hot hot hot...