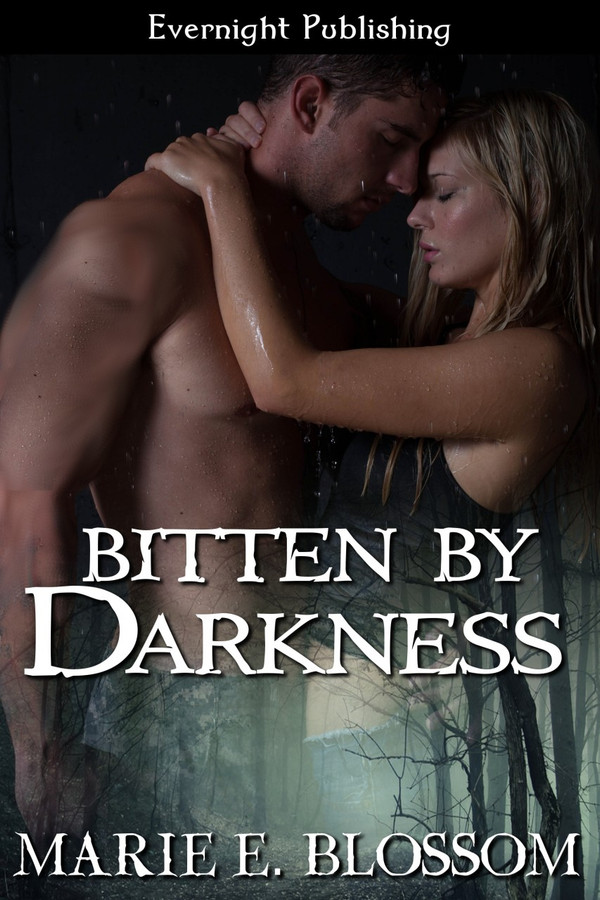 Sienna knows she's different, knows she's missing some essential part of her soul, and she's okay with that until she encounters Jasper. Unfortunately, meeting the love of her life for the first time while he's standing over her wounded best friend in the middle of the woods isn't the most auspicious beginning.
Jasper is dangerous. Alluring. Everything she should fear, especially when she discovers he's out for revenge against the vampire who murdered his brother. Her mother warned Sienna to stay far away from the monsters, but how can she let Jasper face them on his own?
Revenant, vampire, slave—darkness is coming for them. Will evil consume Jasper and Sienna, or will love prevail?
Be Warned: blood play

Excerpt:
Sienna gasped, feeling the hole in her soul filling up with heat. “What is this? God. You're driving me crazy, Jasper.” If he hadn't been pressing her against the piano, she would have fallen. “I feel like I'm on fire.” She gasped as he scraped his teeth down her jaw. She wanted him to bite her.

“Sienna, I'm so sorry.” He ran his lips over her neck. The scrape of his stubble made her shiver and shove closer.

“Wait. Wait, Jasper. You said you had power, too. How? What kind of power?” She struggled to look at his face, fighting the desire pooling in her core. “You'd better not be mind-fucking me.”

He stared at her then barked out a short laugh. “No. Not at all. I would never do that to you.”

She could see the truth on his face: he was as shocked by this attraction as she was. “What's happening to us?”

He ran a thumb over her mouth. “My people have one true mate. Most never find their match. My brother did, with Sara, a human.” He looked at her steadily. “And here we are.”

Sienna struggled to wrap her mind around his explanation. He thought she was his mate? “So, what? You're my soul-mate? That's so cheesy.”

She licked her lips and dug her fingers into his arms. “You're serious.”

He leaned in, rubbing his cheek against hers. “I don't know how to stop it.”

She trembled and turned her head, catching his lips with hers. “I don't know what to do.” She kissed him, pouring all the loneliness she felt into him. He wasn’t lying about being her perfect match, she could feel it, inside, where before there had only been emptiness.

“We have to let it happen,” Jasper said, breathing into her ear. “Once the bonding has begun, it could damage us if we tried to stop it.”

She refused to think about how little she really knew about him. Refused to dwell on where he'd come from. He let his hands trail down her back and she shoved closer, excitement racing through her when he groaned and pushed his erection into her hip.

“This is insane,” she panted.

“I promise I would never hurt you,” he said, sliding his hands beneath her shirt.

She arched her back, reveling in the warmth of his fingers. He splayed his hands on her back and she melted into him, kissing him again. When he bit at her collarbone, she wrapped a leg around his hips.

“Sienna, Jesus. You're so beautiful,” he murmured, hand on her ass. He picked her up and she wrapped her legs around him as he strode out of the room, kissing her on the forehead, her cheek, her jaw.

“Where are we going?” She tried not to think about what he'd told her. She didn't want to think about where he'd come from. Desire sparked along her spine and she tilted her hips until his cock pulsed against her clit. Even through their clothes his heat seared her.

She threw her head back. “Not going to make it.” She dug her fingers into his shoulders and he stumbled, tumbling her onto the stairs. She didn't let go. He fell heavily on top of her. Sienna didn't care. He was so hard and hot and everything she'd always wanted. He kissed her again, the sharp points of his incisors adding an extra edge of danger.

“Your teeth—” she managed to say as he licked down her neck.

She shook her head and wrapped both legs around him again. “No. God, I don't care. I know who you are.” Even as she said it she realized she meant it. I may not know his entire life history, but I know how strong he is, inside, where it’s truly important. And I know he makes himself vulnerable every time he kisses me. She could see it in his eyes.

He groaned and shoved her sweater up, baring her breasts. When she saw the look on his face, half desire, half fierce possession, she decided she'd never been so happy to skip wearing a bra in her life. She tightened her thighs around him, jerking him back to awareness. He held still for a moment longer, shuddering as his dick twitched against her, then bent his head and took a nipple into his mouth. His teeth worried at the bud, teasing it until she cried out, sparks of heat racing directly to her clit. His incisors were sharp little points of pleasure, biting into the soft skin of her breast. She grabbed his hair and hung on.

“Off, take this off,” he muttered, pulling at her top.

She took it off and flung it away, not caring that she was half-naked and spread out on the grand staircase of his mansion. She tugged at his shirt, popping buttons. “You too.”

He smiled, quick and savage, then tore it off the rest of the way. She gulped. His chest was a thing of beauty: thick muscles and smooth skin and beautiful, dusky nipples. Her fingers twitched, desperate to touch, but before she could he had her on her back, legs twisted as he fought with the button of her jeans.

“Let me,” she said, wondering when her voice had acquired that husky tone. She unhooked her pants and shoved them down, not caring that her panties went with them. “We're doing this, then?”

“Yeah.” He dragged her boots off and threw her jeans somewhere.

She swallowed, shocked at the look of desperation on his face. “Jasper?”

He closed his eyes and bit his lip, even as his hands moved up her thighs, so gentle she thought she might scream.

Bitten by Darkness is a love story. With all the romance and suspense that keeps you reading, even when your eyes are tired. It is one of those books you never want to put down. ScFi &amp; Vampires, with passion, an exciting love all mixed into one. I highly recommend this book for anyone who loves Suspenseful, Passionate, &amp; a Great Fantasy all mixed up with a Terrific Love Story.