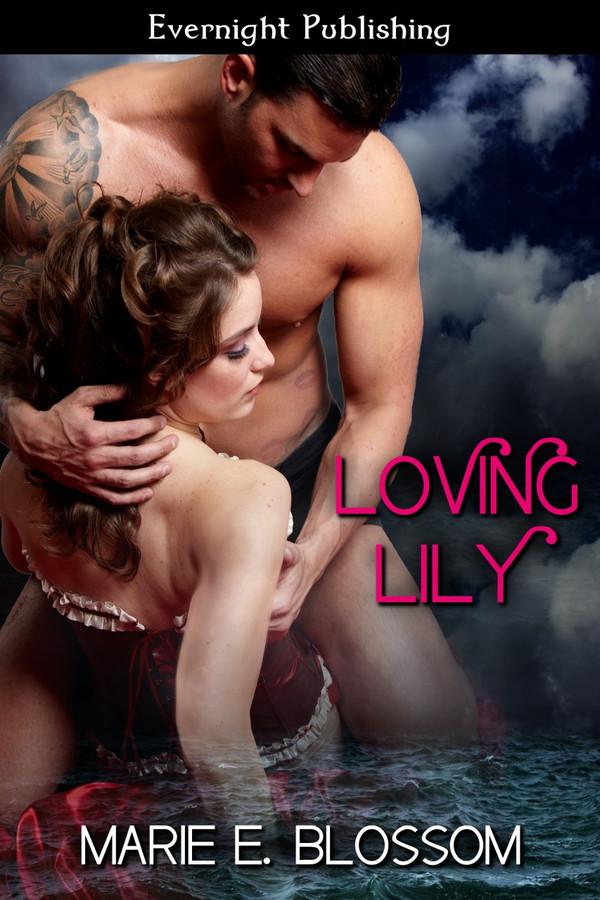 Lily desperately wants to start over after her family dies in a series of suspicious accidents, but just as she’s moving on, her car breaks down in the middle of nowhere. Luckily, a handsome hero comes to her rescue.

Matt is everything Lily didn't know a man could be: strong, kind, and willing to stick around, even when they discover someone is trying to kill her, too. Lily isn't sure she's worth his protection: she's forty years old and too outspoken to be sweet, but Matt can't help loving the curvy woman with the fabulous sense of humor. And Lily can't help falling for the sexy ex-SEAL who seems to like her just as she is.

When a storm and a dangerous vendetta threaten Lily's life, will Matt's strength and Lily's resilience be enough to stand between love and disaster?

"Lily," he said, kissing along her jaw to her ear. "I want to make love to you so badly."

Lily trembled, still confused. "I don't understand." He hadn't touched her since that first kiss they'd shared last week, and now he was holding her as if she were precious.

He smiled into her skin. "What's to understand?" He kissed her again, long and deep, drugging her with pleasure. "You're the strongest woman I've ever met."

She pulled back, disbelieving. "You're joking. I'm pudgy and old and—" she broke off when he kissed her mid-word.

"You're curvy and beautiful and incredibly courageous." He kissed her again, hands going to her hair. "You're perfect. Trust me?"

She bit her lip, holding onto his shoulders. She felt dizzy, like the world had suddenly tilted the wrong direction. "You're serious?"

"Lily." He leaned back, hands still in her hair. His eyes were dark with arousal as he looked at her. The look on his face sent heat running down her spine. "I want to kiss you and touch you and sink inside of you until neither of us can tell which way is up anymore."

She caught her breath at that last statement. It had been so long since a man had wanted her, how could she pass this up?

"Yes." She didn't say anything else, just that one simple word. Matt's expression went from patience to intense arousal in a flash.

"Kiss me," he said, leaning in. "Kiss me until we both forget the past."

She did as he asked, holding onto his shirt with her fists. "Don't stop," she said when he let go of her hair.

"I'm not," he assured her, reaching down to slide his fingers under the straps of her tank top. "I promise." He kissed down her neck, nibbling on her collarbone.

Lily threw her head back, suddenly so aroused she couldn't think straight. "Matt, God—" She threaded her fingers into his hair as he mouthed down until his lips were poised right over a nipple. "Yes," she said, urging his head closer.

His lips closed over the erect nub right through her clothes. He breathed out, heating the soft cloth of her shirt and she sucked in a gasp. He chuckled, then slid his hands up underneath her top. "Take this off."

"You too," she said, letting him pull her tank top over her head. Her breasts bounced out and his face went taut, hands immediately going to her bosom.

Thank God I'm wearing my new bra, she thought, hating the idea of what he would think of her wearing a ratty old cotton bra that no longer fit quite right.

His thumbs flicked over her nipples, sending sparks of heat through her. She moaned, holding his wrists. The lace that held her breasts in place did nothing to disguise the perkiness of her nipples.

"Yeah, fuck. That's just gorgeous," he muttered, flicking his fingers again and again until she writhed.

"Matt, you too." She tugged at his shirt ineffectually.

He shrugged her hands away and took it off in one swift movement. She stared at his chest as he went back to tormenting her. He has muscles on top of muscles, she thought vaguely, trying to catch her breath. She traced her hands over him, delighting in the crisp hair on his pecs. When a finger caught on his nipple, he groaned, head dropping down to kiss her again.

"God, Matt, what are you doing to me?" she asked when he let her up for air.

"That's my question," he muttered, trying to get her bra unhooked. He wasn't having much luck. He yanked at it and she laughed under her breath.

"Here. Let me," she said, reaching behind her back. She undid the clasp easily, and then held the lace up to her bare breasts uneasily. She knew he knew she wasn't skinny, but somehow, letting go of the little scrap of fabric was more honesty than she could bear.

"Mmmm, Lily. You're so pretty," he said, seemingly not noticing her hesitation. He dropped his head into her cleavage, kissing his way over her fingers until his mouth nudged them aside. He licked her nipple, then took it into his mouth, sucking hard.

It was very easy to relate to Matt and Lily. Lily is 40ish and feels she is overweight. The last thing she expects is hunky Matt to find her attractive. Matt is 43 and living a reclusive lifestyle. He never feels like the women he comes across really &quot;get&quot; him. Then he meets Lily. Lily has undergone a fair bit of trauma in her life, being an ex navy seal Matt understands what it is like to be a survivor. I loved the dialog between these two. It&#039;s quick, funny and sweet. It was great to see two main characters that were a bit older and sure of themselves. Lily arrives in town on the run. She just doesn&#039;t know who from. Her family has been killed one by one and she knows she is probably next. They meet when Matt comes across Lily broken down on the side of the road. Matt has returned to his home town after finishing with the military. I like how you get to meet his brother and sister. It gives you a nice sense of community and shows you how important family is to Matt. Wow when Lily and Matt come together it is hot! These two certainly get creative with each other and no, I am not giving you details! Threats are made to Lily&#039;s life and Matt steps in to protect her. I have to say the whole relationship moves quite fast. I think it didn&#039;t bother me too much because of their ages. Having life experience they knew that they felt and what they wanted. I can&#039;t say I was surprised about where the storyline went. That was ok though because I enjoyed watching Matt and Lily fall in love along the way.

If I have one complaint, it would be that I get so engrossed in this author&#039;s work that I tend to lose sleep. You will fall in love with Lily and Matt. They are normal people - fears and curves included. I like that the characters are so relatable, and the repartee between the two leads reminds me of the great Spencer Tracy and Katherine Hepburn in Desk Set. Witty, fast and funny, you will find yourself laughing along. The opening scene with the bra fitting is the perfect example. Any woman will immediately &#039;get&#039; the humor and trepidation from finding out that you are wearing the wrong bra size - simply because you can&#039;t face the bigger number. Been there, done that. Trust me - read this book, you won&#039;t regret it. Also check out the works of Erin Leaf - you can thank me later!

One of the best things about this book was the fact that the heroine was an older woman. Most stories these days feature a twentysomething year-old woman who hasn&#039;t lived any experience. Overall, I thoroughly enjoyed this story. I look forward to reading more from this author. You will not be disappointed!!!

Love this quick little read. Lilly is fistey and fun and Matt is just a hot hero. The author writes how people this age talk, they don&#039;t sound like teenagers but mature adults.

I loved this one and read it in one sitting. So glad I picked it up. Not only are the h/h in their forties, which makes a refreshing change, this is one of those books that will have you laugh out loud one minute, fan yourself the next, and then bite your nails. A thoroughly entertaining read, with a beautiful love story, characters you can relate to, hot sex scenes, and a mystery that will have you sitting on the edge of your seat. Oh lordy, I did fear for the heroine a couple of times! Great story!

Lily is on her way to nowhere on purpose. If she finds a place she likes she’ll stay. She has no roots since circumstances have left her alone in the world. But are those circumstances manmade? She thinks so but no one believes her so she runs. When she has car trouble in an idyllic little town and is rescued by a Good Samaritan who is built like a Greek God she decides to stick around; she’s scared, not stupid. Matt suffers from his years in the military, especially the incident that ended his career. He’s reclusive on purpose and supports himself by writing suspense novels. When he encounters Lily he’s immediately smitten and pursues her romantically, if a little clumsily. He’s out of practice. When Matt and Lily, adults in their forties, decide to go for it watch out! Their romance moved at the speed of sound but I liked it. They are definitely old enough to know what they are doing and at their age, why waste time? As to the black cloud hanging over Lily it worked as a method to move along the story but the reason behind it came out of left field for me. That was a bit distracting but I thoroughly enjoyed the story as a whole. And I especially liked the epilogue; I wish more stories included them. It gave a nice feeling of closure.