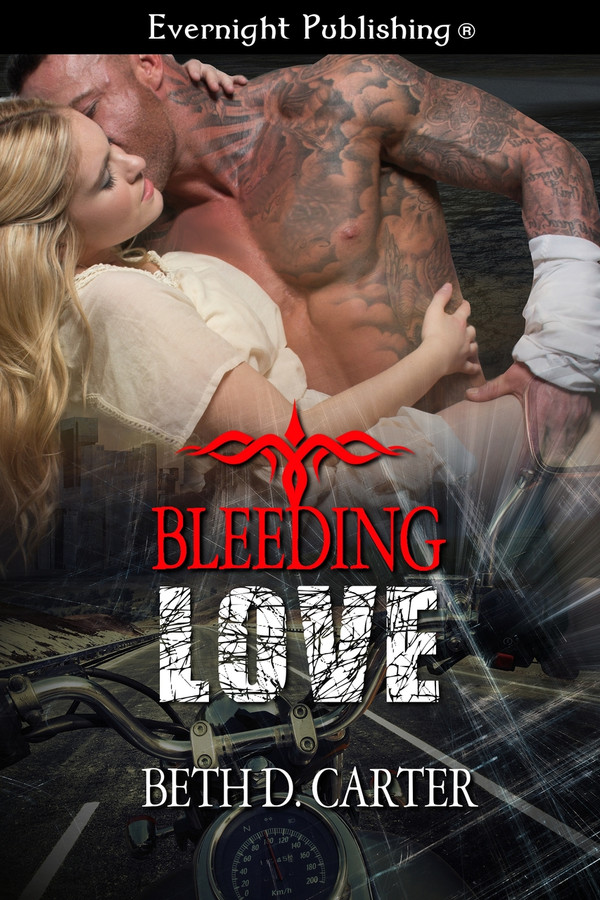 In the year 2112 and civilization is in ruins.  The world has fallen from war.  People live in designated cities.

Ares has one mission: to destroy the Overlords, the men who killed his family.  To accomplish this, he is ruthless. Unforgiving.

Faith has grown up in a convent.  She's heard what the world is like, but now she'll experience it first hand.  Saved by Ares, he will demand her utter submission as payment.

At the top of the landing, he halted and turned to face her.  Faith’s heart once again pounded at the heat in his dark gaze.  He traveled his hands around to her behind, gripping her cheeks until he picked her up.  “Wrap those pretty legs around my waist.”

She did as he asked, although she didn’t know why she was so compliant with his demands.  He walked with her through the hallway to their room.  She didn’t even notice the décor as she stared into his eyes, which were no longer cold and unfeeling.  Instead, he looked at her with a sharp hunger.  A call deep inside her body answered, rocking her soul. What was happening to her?

They entered a bedroom and he kicked the door shut behind him.  He sat down on the edge of the bed with her still wrapped around him.  Ares curled his hand into her hair and pulled her head back so he could lick up her neck.

“For the next five days, this is our room,” he said in a deep voice.  “I don’t want you to leave here.  You bathe, and you make yourself pretty for me, and when I come back after my business, you and I will finish this little dance.  You understand me, Faith?”

He claimed her mouth again, once again making all her thoughts disappear.  All she could do was hold on to the rush as he plundered her mouth with his tongue.  Tingles sparked through her. She was so close to something monumental, but before she could even begin to explore it, he pulled back.  Gently he stood back up, holding her like she weighed nothing, and laid her down on the mattress.  He smoothed out her hair until it fanned around her head.

“You’re mine, Faith,” he said thickly.  “I’m your protector now, which means my cock is the only cock you’ll know.  Any other man touches you, and I’ll kill him.  If someone tries to help you escape, I’ll string him up by his balls.  I may be a bastard, but I won’t hurt you unless you try to leave, touch another man, or put yourself in danger.  Then I’ll spank that gorgeous ass of yours until you can’t sit for a week.  Do you understand?”

It’s 2112 and civilization is in utter chaos, the world has fallen from war, and people are living in designated cities. The only way to survive is to be determined and ruthless in your quest to live. Unfeeling and hardened, Ares is on a quest to kill every member of the Overlords, the men who brutally killed his family. He isn’t about to let anything or anybody get in his way, not even the convent-sheltered beauty he saved from brutality and rape at the hands of outlaws. Leaving he walls of the convent behind, Faith must trust Ares to protect her, for he has claimed her as his, demanding her total submission to him. He is the victor and she is the spoils of war. Bleeding Love is an inhabiting fast-paced story that has an engrossing beginning and a surprising, heart-stopping ending filled with two endearing characters which create a fulfilling and delightful story that enchants. Ares and Faith are well-developed characters whose journey is made up of vengeance, seduction, hope, sin, redemption and the most powerful emotion of all love. Faith is a tender, determined and shielded young woman who has readers will marvel at as holds strong to her resolve and her beliefs yet succumbs to Ares will as well as his passion giving him almost everything of herself. Ares is a tortured soul living for one thing: retribution. It is through Faith, her love and devotion that he is able to look within his soul, renew his faith and find love in the arms of the woman that has come to mean so much to him. The sexual as well as the emotional relationship between Ares and Faith is full of wonder, heat and passion. Once this book gets its claws into the reader it doesn’t let go!

I highly recommend this book to read. I think it’s a great start to a new world and *hint- hint* maybe a new series. As always Beth delivers an entertaining and quality read worth every penny I spent.

First time I&#039;ve read this author and I look forward to reading more from her. I really liked this little story, and thought she did a great job of writing a futuristic romance. Could have been fleshed out a lot more but it was still a good read. Well written, too, and hot! I liked how the heroine was innocent, yet not afraid to fight for her man when it came down to it. Edna was a hoot!