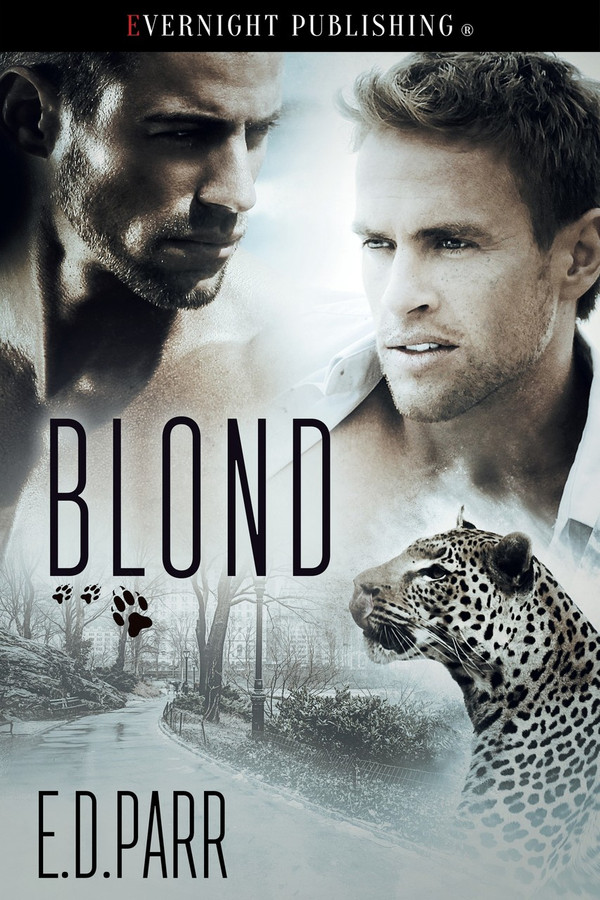 What would you think if the guy you were dating raced off every night before midnight and would never say why? Would you succumb to the urge to follow him one night?

Liam Hale can’t believe his luck when he meets the man of his dreams, Karl Oberon. Karl is the sexiest man Liam has ever met, but his mysterious disappearances start to tease.

The bar wasn’t crowded. Liam nodded to a couple that gave him a wave of greeting. He skirted the dance floor to talk to Milo, who was draped over the bar, head resting on his palms, surveying the four men who swayed to the sultry music. He straightened as Liam stopped walking before him.

“Liam, how’s your day been, sweet pea? Mine’s been dreadful. Jeremy’s sick and I’ve had to do a double shift.”

“He’d better be. At least I’ve got Colin coming in at ten. What’ll it be? Bourbon?”

Liam shook his head. “I’m keeping a clear head tonight. Dress an iced water with lemon and lime for me?” He gave Milo a smile laden with sex and sweetness as he put the inflection of a question in his tone.

“You’re such a tease, Liam.” Milo sighed, but poured from the Voss in the bar fridge, and then heaped slices of the green and yellow requested citrus on a scoop of crushed ice, which he slid with great ceremony into the tall glass of water.

Liam scanned the room. There were maybe twenty guys and he knew four of them. There was no sign of the blond and a strange mix of relief and disappointment crept over him as he turned to look at Milo. “Thanks.” He picked up his drink and sipped at it. I’ll hang around until ten-thirty and then call it a night. Liam tried to remember what time the man who set his heart racing arrived in the bar the previous night. It was probably around ten. Early in fact, considering the bar only revved up after eleven. Liam pulled his smartphone from his jacket pocket and checked the time. When he saw it was close to ten o’clock his heart began pounding. Fucking hell. I need to calm down. What’s wrong with me? Liam took a long drink of his water. He turned from his perusal of the room and clicked his glass onto the bar.

Suddenly, beside him, reflected in the mirror-tiled backsplash of the bar, his quarry leaned casually against the faux marble counter.

It felt to Liam as if all the air had been sucked out of the room, and replaced with extreme sexual tension. Sex vibrated from the blond. Liam took a ragged breath. He’d never experienced anything like it. He attempted to lift his glass, seeking a drink of the ice-cold water against the rising heat in his balls and the gradual hardening of his cock.

“I saw you here last night. Can I get you another?”

He edged his tall frame around to face the man. As he opened his mouth to answer he drank in the sight of the hunk beside him—green eyes the color of fresh grass—startlingly handsome face and a mouth that practically begged for kissing. Liam couldn’t help dropping his gaze and soaked up the implication of the bulge in the blond’s suit pants. He raised his eyes and saw desire darken the enchanting verdant gaze.

“Karl and you are?” His half-smile held visible caution.

“Liam.” He’s nervous, too. A soft blanket of calmness coated Liam. His guess helped him slow his heartbeat, but his desire still raged. His cock strained against his jeans. His balls ached. Karl set him on fire just by standing beside him. His stomach clenched tight, and sparks of deep happiness raced over him unbidden and unfamiliar.

Karl ordered a beer and iced water for Liam.

Liam watched with amusement when Milo openly flirted with Karl as he poured and placed the drinks on the counter. He waited until Milo had danced off to serve at the other end of the bar before he spoke. “I saw you here last night. I had to leave early. I’m glad you’re back tonight.”

Karl’s gaze ranged over him, and then, after spending long seconds settled on Liam’s cock, now like a thick iron rod in his pants, returned to his face. “I saw you leave and wished you hadn’t. I can’t pretend I’m not dying to suck that hard-on pushing against your jeans, but I love this song. Dance with me.”

Liam hadn’t even registered the song streaming from the speakers. He listened and smiled. It was a great song, but Liam couldn’t dance. “I don’t dance…” He saw the disappointment cloud Karl’s eyes and with a surge of desire to please the man, he added, “But if you’ll forgive my two left feet I will … for you…”

A massive jolt of sensation flew up his arm and he followed Karl onto the dance floor in a daze.

Liam lifted his arms and held the man whose hands on his ass were like firebrands.

Liam works hard and hasn&#039;t had the time to find that special someone to spend his life with. He&#039;s had flings here and there but finding the one was put on the back burner. All that changes when Karl walks into his life. Liam is immediately taken with Karl&#039;s looks, but the more he gets to know him the deeper her falls. But Karl&#039;s secret threatens their budding relationship. So when the truth finally comes to light, will Liam walk away never looking back? Or will Liam accept Karl and all his surprising attributes? Blond is a quick, intriguing, sexy read that will keep the reader captive from start to finish. The relationship between Liam and Karl is hot right from the start and only gets hotter the longer they spend together. Even though Karl is hiding his shifter side, he opens up to Liam about everything else. And Liam is the same way. They are good together in and out of the bed room. What I love most is how Liam reacted when he comes face to face with Karl&#039;s leopard. He can&#039;t explain it but just knows he&#039;s in no danger. I would recommend Blond to anyone looking for a quick read that filled with heat, passion, romance, and intrigue with a touch of the paranormal.

E.D. Parr sure knows how to write a smoking hot shifter tale that is an original, unique cut above. Really enjoyed reading it.

Now E.D. Parr would strongly disagree with that, because her shifter leopard, Karl Oberon, wasn&#039;t the predatory beast that we would normally associate with leopards. He didn&#039;t go out and randomly hook up with unsuspecting prey and end up biting them in the throes of sexual passion, because that was what had happened to him! And now, keeping his secret in a city is hard, very hard, he&#039;s lonely and like all cats, craves to be touched and petted. Can he take a chance and get close to Liam Hale? For me, the beauty and readability of this author lays in the way she never over complicates her storylines, she keeps them simple and therefore so easy to read. The words flow, you get lost in the world&#039;s she creates, which is exactly what we readers want. But I felt that in this intriguing and again, very original take on a Shifter based storyline, she missed a couple of opportunities. Two characters that could have been major players - Serge Oberon, Karl&#039;s dad and Dashiel Chandra, who was responsible for the bite that bought on Karl&#039;s leopard - were casually dismissed with little mentions and I thought that a mistake. But having said that, it was a very enjoyable read, I read it in practically one sitting and true to this author&#039;s style, the sexy bits were hot, hot, hot.