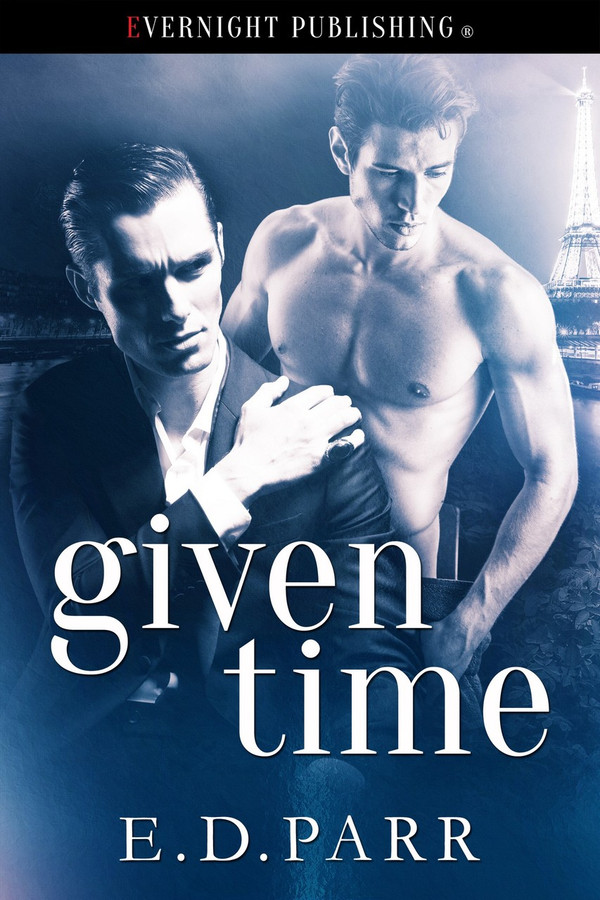 Angel Starc is about to board a plane to Paris when he receives some sudden sad news. It takes him hurrying back to his childhood home after two years away.

Angel is amazed and filled with guilt when, that night, he meets the only man he’s found romantically attractive in a long time. How can it be right? He should only be filled with sorrow, but gorgeous, caring Matt Loewe wraps him in a blanket of comfort and love that heals Angel’s troubled soul.

Matt Loewe follows his hunch and his heart. He’s been looking for love and Angel ignites an addictive passion in him. As the two men fall deep in love they provide each other with the care needed to come to terms with their past anxieties.

The hotel restaurant had a casual but elegant vibe. Angel stopped at the open double glass door and the hostess approached with a smile.

His table was alongside the sunroom that ran the full length of the building and looked out onto the river through huge French windows. The place glittered with sparkling white fairy lights among the large-leaved plants in huge pots. The sunroom was divided from the dining area by a glazed partition and just visible through the two sets of glass were the towpath lights.

Angel took a seat at the table she indicated.

The action brought forth a flood of condolences from the hostess now that Angel was away from other people.

“I’m so sorry about Rory. Everyone in town loved him. It’s very sad.”

Angel nodded slowly to show he accepted her sympathy as he answered. “I’ve been told that so often. He’ll be missed, I guess.” He didn’t know what else to say. He looked down at the table. The situation threatened to overwhelm him.

The hostess took the hint. “I’ll send over your server for the night, Mr. Starc.”

She’d no sooner left him than a young man dressed in black pants and crisp white shirt walked rapidly to Angel’s table with the large card that was the menu.

“Will I send over the wine waiter, sir?”

The young man left him to read the menu.

Angel cast his eyes over the offerings, trying to feel normal. His hunger was basic. He didn’t want fancy, just a simple meal. When the server came back to the table with his iced water, he ordered steak and salad.

Angel sipped the glass of water, absently gazing around the room at the other diners without really seeing them, until his eyes met those of a man a few tables away. A shock of some emotion ran down Angel’s back. His thoughts tumbled as he struggled to recall where he’d seen this man. The breadth of the man’s shoulders and the thick well-cut hair was resoundingly familiar. He stared without realizing into the dark eyes of the sexy stranger.

A slow smile appeared on the hunk’s lips. His eyes held an invitation.

Angel’s stomach lurched. He was so out of practice he didn’t know if this was a gay guy sending signals, or another of his brother’s fans showing sympathy from across the room. Angel tore his gaze away. As much as he’d craved the chance to meet a romantic partner in the last year, he didn’t know what to do right then. When the server turned up with his steak, gratitude flooded Angel. He could hide behind eating his meal.

He studiously cut up his steak and took a bite. The meat melted in a mouthful of flavor. Angel ate a little more and toyed with his salad. Without thinking, he flicked his gaze across the room. The handsome man stared at him. Angel’s heart pounded alarmingly. He looked away. He put down his fork. Hell, what’s wrong with me? This isn’t the time to be looking at guys … although it might take my mind off things. He emphasized the word things in his mind.

He’d satisfied his hunger and now his spirits sank. Angel chanced raising his eyes to look for the server. The stranger no longer sat at a table. A flurry of mixed emotions ran riot in Angel, disappointment, relief, and a surprising all-encompassing regret.

The server must have read Angel’s mind because he loped over to Angel’s table with a smile.

“Can I get you anything, sir?”

Angel ordered coffee. He gazed at the twinkling lights adorning the sunroom. I need love, or sex … someone in my life … but I’ll never have it. I’m down because of Rory and, and stuff … it’s dredged up all my latent loneliness. I need to get a grip.

His order of coffee was delivered swiftly. The server bent a little and whispered.

“Mr. Starc, another guest has asked me to give you this.” He held out a small fold of white paper.

Angel’s hopes leapt. Maybe it’s the guy from across the room. He accepted the note. More than likely a condolences note…

The server left him.

Angel’s fingers shook as he flipped open the fold. His eyes traveled swiftly along the sentences.

‘I’d like to buy you a drink. I’ll be in the bar if you’re interested.’ Guilt also pricked him as a surge of happiness rose in his heart.

Angel glanced around checking if anyone watched. This has to be from the guy I stared at. Do I accept? Yes. I must. I can’t just let this chance go by. It will take my mind off things. I’m a mess. He pushed his guilt away. Normally businesslike, highly professional, and in control, the way his stomach had lurched and his heart hammered at the sight of the attractive man killed his composure. He beckoned to the server.

“Will you have my coffee sent through to the bar, please?”

E.D. Parr is quickly becoming one of my ‘must-buy’ authors. Her stories are so well written and profoundly deep. In this book, the sharply drawn characters and emotional plot combine for an entertaining and convincing read. I became totally invested in the outcome and couldn’t stop reading until I finished the story. Can’t wait for the next romance.

Sexy sweet lovin&#039;. I&#039;m a real sucker for E.D. Parr&#039;s insta-love quickies. They hit you like one of those big wrecking balls that they use for demolishing buildings - total annihilation of everything........except love. Matt Loewe is an Artist. He has a very special gift which he refers to as his &quot;mysteriousness&quot;, we would call it premonitions or even fate. Angel Starc is a successful Music Video Maker and dealing with the sudden death of his brother. Matt&#039;s &quot;mysteriousness&quot; knows that Angel is meant for him and him alone after a chance meeting and just one little touch. But Angel is on a guilt trip journey after the demise of his brother. Can these two wonderful men make a new journey together??? Loved it. Loved it. And even though short, it lit up all my romantic romance buttons like one of those PinBall Machines, so it&#039;s 5* from me.

I was totally captivated by this sweet, hauntingly beautiful tale about the soulmate connection between Angel and Matt. Everything from the tragic death of Angel&#039;s brother Rory to the series of coincidences bringing them together made this a story I would recommend to anyone who wants a satisfying emotional read.