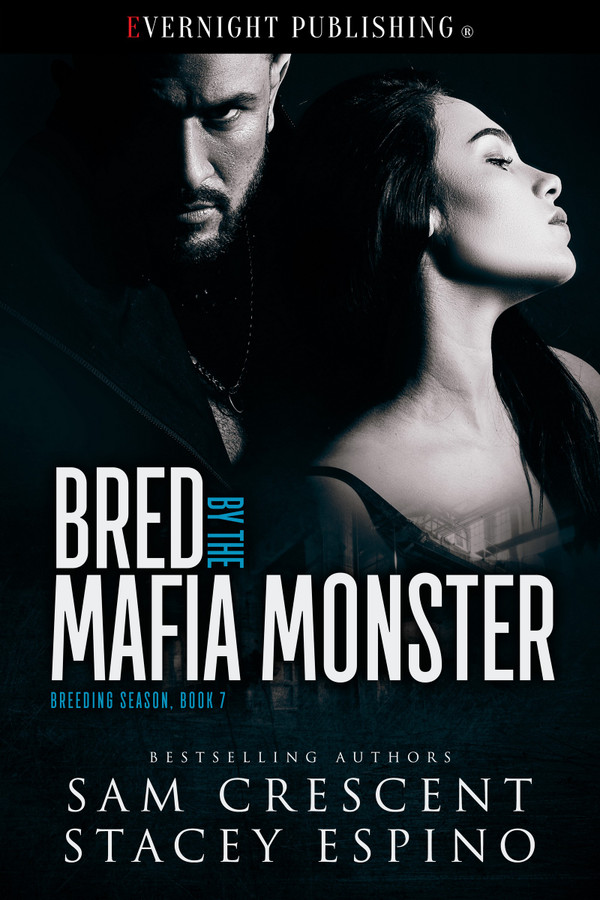 Klaus Accardi doesn't complain when his father arranges his marriage—he always does what's necessary for the family. As the eldest son, he welcomes the opportunity to breed his young bride to keep his legacy alive. He's not looking for love ... until he meets Isabella.

Isabella Lastra has been promised to the enemy. She’s expected to marry the mafia monster to keep peace between their families—only he’s nothing like she expects. Klaus demands her body, but he also wants to claim her heart.

When a contract is signed for Klaus's life, the feud between their families reignites once again. Can he keep his blushing bride safe in the middle of a mafia war or is their unorthodox marriage destined to failure?

“This will benefit everyone. No more bloodshed. Just peace between our families.”

Klaus Accardi listened to the leader of the Lastra family offer up his peace offering. It didn’t come as a surprise. The latest war had cost them on each side. The streets had run red with blood, all in the name of honor. Lastra didn’t have much else to give. They had money, businesses, but this war, it was killing them.

“You know the only way to guarantee peace is through marriage,” his father, Marcel, said.

He knew exactly where this was leading. Rather than look toward his younger brothers, he stayed perfectly still.

He would do what was necessary for his family.

“I have a young daughter, Isabella.”

“We’re many things, Lastra, but pedophiles isn’t one of them,” Marcel said.

“She’s eighteen and has already finished school. She’s a beauty … in her way.” The old man ran a hand down his face.

“Then let’s meet her,” Marcel said.

Lastra nodded to his guard and the man left the room. “I’m sure we can come to a peaceful arrangement.”

“What I want to know is what’s wrong with your daughter that you haven’t arranged her marriage yet. Eighteen in your culture is old, isn’t it?” Marcel asked, mocking their enemy.

“Don’t believe every rumor you hear.”

“So your wife wasn’t sixteen when you married?”

Klaus wasn’t interested in taunting this man. He wasn’t scared. The Lastra family were a bunch of pussies.

The anger flowed off Lastra. He could feel it, but no one cared what the old man wanted.

“What is keeping that girl?” He stood up as the door opened, and there stood Isabella Lastra.

Klaus didn’t know what he was expecting. A delicate woman in a tight short dress, heavily made up, just waiting to be pawned off. No, instead, flour dusted one cheek, the jeans and shirt she wore hung off her body, they were that big. Her raven hair was bound on top of her head in a loose knot. She looked fucking stunning, no doubt about it, and there was no mistaking the fire behind her gray eyes. Her lips were pressed together in a thin line, clearly annoyed with being pulled away. Still, Isabella must be well trained as she kept her thoughts to herself. Her hands were tightly clenched though, another telltale sign given away.

To some men, she would appear completely undesirable.

He wasn’t most men.

He liked a challenge, and she posed a most beautiful one.

At thirty-eight years old, he’d experienced his fair share of women, and yet, no one had ever set his blood ablaze as fast as this peach had. His cock hardened at the thought. Most of their men liked meek women, afraid of their own shadow. Not him. No. He knew he would never be able to stay married to a woman who jumped at every move he made. They were even frightened to be kissed. Years of being forced to remain a virgin, listening to horror stories, no wonder the women freaked out.

It was fucking insane.

Raking his gaze down Isabella’s body, he saw she wasn’t a slender woman. Even with the oversized clothes, her curves beckoned him. There was no denying the roundness of her hips, the fullness of her tits. He’d love to check out her ass, but that would be rude. He didn’t want to show the instant hit of desire he had for her either.

Lastra stood up and moved toward his daughter. “Sweetheart, I’d like you to meet Marcel and Klaus Accardi.”

His brothers didn’t get a single mention.

Klaus looked at his father. He didn’t appear too eager, but he knew what was expected of him.

“Yes, I think we can come to some arrangement.”

“Isabella, I’d like you to meet your fiancé,” said her father.

“Go and introduce yourself.”

She tensed up as her father nudged her in his general direction. It wasn’t lost on anyone in the room that Lastra would send his daughter across the enemy lines toward them. Isabella didn’t stop though. She went to him and held out her hand. Well trained like most young women in their fucked-up culture.

“It’s a pleasure to meet you.” She was the perfect specimen of gentleness, but he saw her hand shake.

Compared to him, she was so small, delicate.

He gripped her hand, swallowing hers up in his, and offered her a smile. “Likewise.”

“Excellent. Isabella, run along. Tell your mama we need her for the necessary arrangements.”

Isabella turned her back on him and walked away.

Damn, he was right. A nice, lush ass. He couldn’t wait to have her naked and beneath him. Her body was made for fucking, and if truth be told, made for breeding. Since Klaus had turned thirty-eight, his father had been nagging him to settle down and produce an heir. With Isabella, he could deal with multiple problems all at once. Rather than be horrified at the thought of being married to her, excitement flooded him.

He wanted to marry her. To have her in his bed, once and for all.

Once again another fantastic book! I loved Klaus &amp; Bella they are so well written I honestly couldn’t put it down until I finished it. I highly recommend this book

This was another very satisfying story by Sam Crescent. I loved how Klaus saw the beauty inside of Bella. And the ending was just perfect.

This book was awesome... Hot sexy sweet , she was given to the enemy but when be was her be wanted her.. She got him to love her and treat her with respect.. She lived him unconditionally

Klaus and Isabella are forced together in an arranged Mafia marriage. She is afraid and he isn’t happy about it until he sees her..... For him it’s desire at first sight. For her she’s doing her duty to her family. Serious amounts of mafia action and drama and steamy sexy time! Sam and Stacey are amazing authors and never fail to create books you can’t put down!

I LOVED this book!! Klaus is your usual mafia man, tough and violent. Knowing he has a duty to keep peace among the families and to keep his legacy alive, he is forced to marry the young daughter of his enemy. Isabella has been promised to the enemy. All her life she never measured up in her father’ eyes, now she’s expected to marry the mafia monster to also keep peace between their families. What happens when two people who are forced together find the unexpected? You have to read the story. The story line flowed great and I really enjoyed this book. Sam &amp; Stacey are an awesome writing duo. I hope they continue.

This is one of my favorites in this series!!! Klaus has to marry Isabella in order to keep peace between their families but her father is an evil man and has other plans. Isabella may only be 18 but she is pretty mature for all she&#039;s been through in her life!! The story kept me up reading as I couldn&#039;t put it down. These two authors never let me down and this is just another example of how brilliant they are. Klaus is instantly smitten with Isabella and vows to protect her but someone is after him, or are they after her? And what she ended up doing towards the end shocked me but it was something she had to do!! With that being said, I really want Renzo to get a story now!!! Loved the story!

This the one of the best reads I have read by Sam and Stacey since the series came out, Klaus and Isabella are the best characters yet, very strong heroine that is willing to do what it takes to protect her new family from a sadistic, evil man even though it was her father. Klaus, even though he could be vicious and mean also, I loved this character for going after what he wanted in a wife . Keep them coming !

These ladies are an amazing writing duo! This book is a fantastic addition to the series! I love the characters, I mean how can you not love a man who completely turns around when in the presence of his queen, and the sweet innocent woman who finds herself in his arms. Sigh. So good! I enjoyed the storyline and was enthralled from beginning to end. I really hope these authors continue to bring us more because I can’t wait to read it.