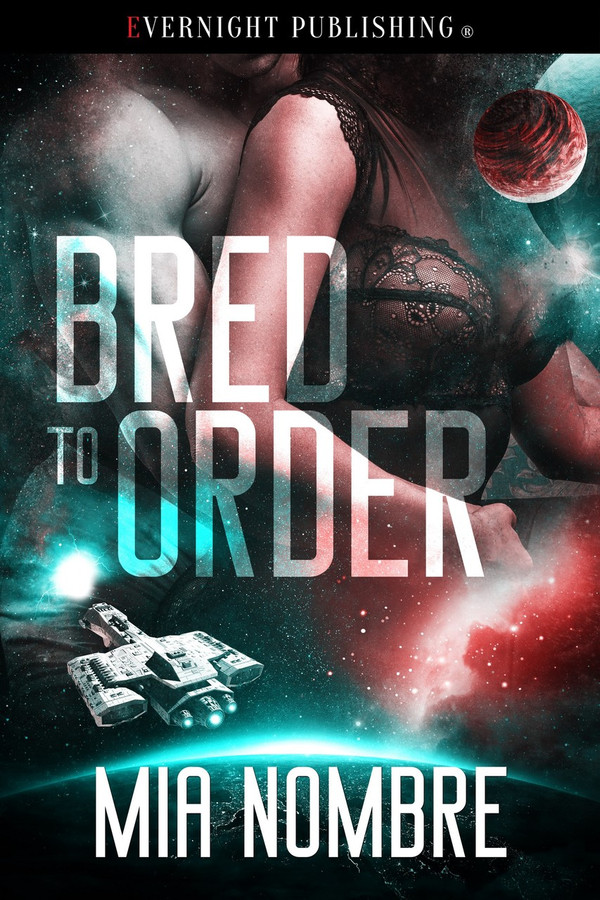 She wants freedom, but Caroline's chemistry with her alien captor is more than she can resist.

Caroline vanishes every few years. Two weeks later, she wakes up in her own bed, oblivious to where she’s been, but plagued by dreams of a man with huge, kind eyes.

Repairing air domes saves lives. It’s a hero’s job, but a lonely one. So Dae purchased smart, beautiful Caroline as his personal companion. Every few years he retrieves her for a much-needed sabbatical, then safely sends her back home. When Dae collects her this time, though, her memory doesn’t return, and she cannot accept that he technically owns her.

She’s drawn to him in every way, but Caroline simply can't be someone's property. She wants a choice, so Dae gives her one: spend two weeks with him, and if she still feels owned, he'll set her free.

Bound by convention, consumed with desire—will love, or reason, prevail?

“You always win.” I’m taller, but still a child.

I slap the board. Tiles fall to the floor.

Dae leans back in his chair. The muscles in his huge biceps shift as he crosses his arms. “Would you rather I let you win?”

“No.” But yes. Mom always let her win once in a while. Or maybe most of the time.

“Instead of being angry, you should learn from your mistake.”

“You’ll always be better than me.”

I turn from him and move to the huge window. The stars go on forever. The twinkling soothes my anger as his arms envelop me from behind. The back of my head brushes against the center of his chest. Large men frighten me, as a rule, but I never felt safer than in his embrace. I lean into him, relishing the warmth. He made it so hard to stay mad at him.

He laughs. It’s such a pleasant, soothing sound. “You were so busy calculating your attack, you neglected to watch for the tiles on the edge of the board. Just because I don’t use them early in the game does not mean they aren’t lethal when the opponent is unwary.”

I lean off him. “It’s too much to think about. I’ll never be good at this.”

“Yes, you will. For one thing, you will never discount that particular tile again.”

Caroline warmed at the memory. Even at twelve, they were still playing games. Yes, she’d been angry, but not at him. It was more like frustration. She’d never lasted that long against him in a game. She’d thought she’d had a chance.

He was right, though. She tapped on the circular tile with a flowery swish in the middle. She would never take her eyes off that game piece again.

She shivered as the memory took hold within her consciousness and solidified. She had an entire life that she wasn’t even aware of, with a man she could barely remember. It was almost too much to take. She eased into a chair beside the same board. The material was hard, but it seemed to mold around her body, almost as if it were made for her.

She reached for a tile, and slid it closer to the base of the globe. Her hand tingled as another memory surfaced.

He shifts his weight, raising his gaze to hers. “Are you sure you want to do that?”

I lean back. The chair is solid, a perfect fit. Dae doesn’t seem as huge. I must be taller. “You’re only saying that because it’s a good move.” And it was. That pesky tile he’d beaten me with so many times lay surrounded and unable to leave its starting point. My pieces stand in key positions. Any one of them could make the final strike against him, and he knew it.

A sparkle of excitement bubbles into my chest.

This is it. I’m finally going to win.

Dae surveys the board carefully. Every other move he’d cast quickly, his game planned to a tee. He hadn’t seen this coming. I have him cornered.

He taps his fingers on the edge of the table as I suck my bottom lip into my mouth.

No, Dae, no matter how long you procrastinate, you’re not getting out of this one.

His gaze leaves the board and flicks up to my chest. I realize I’d been circling my left nipple with one finger. I’m not embarrassed, though. My nipples are hard and taut, and the simple motion feels so damn good.

His eyes darken, and I hesitate. We’d been together a week, and every once in a while, I’d seen him steal a glance, appraising me with the eyes of a man, rather than the eyes of a friend. Each time, though, he’d looked away and collected himself. I didn’t want that to happen now. I wanted him to keep thinking whatever dirty thoughts that had brought such delicious lust to his eyes.

But maybe, just maybe, I could help things along. I pull my satek tighter, tilting in the low light until the material becomes transparent. I might as well be naked before him, and yes, he notices.

He licks his lips, and heat rushes down between my thighs.

We’d taken small steps this week. He’d held me for longer periods. His hands had run down my sides. His touch was gentle and caring, coming so close to intimate, but stopping just short of where I desperately needed to be touched. His gaze was sharper today, though. His eyes darker.

I sit up straight and arch my back slightly. My nipples strain against the feather-light fabric, beading and offering themselves up to his pleasure. He inhales deeply.

Until he closes his eyes, and returns his gaze to the board.

He doesn’t look up. “Not in the eyes of my people you’re not.”

I don’t give a rat’s ass about his people. “I’m not a virgin, if that’s what you’re worried about.”

He pushes away from the game board, turning to the side and covering his face. “These are not the kinds of things I want to hear.”

I stand. “Why not? You’ve been gone for six years. I didn’t know if you were coming back. Hell, I didn’t even remember you existed.” It was the truth, and it hurt. I didn’t like always forgetting about the only man that ever meant anything to me.

He lowers his hands, but doesn’t turn toward me. “How many?”

I blink. How many men?

The vein in his neck pulses. Maybe I should lie, but he’d never lied to me, as far as I knew. And he really couldn’t hold me responsible when he’d erased every memory of him.

“Three,” I admit. It was probably best not to mention that I’d screwed them all multiple times.

Dae takes a deep breath. “Did they please you?”

Maybe he was the reason I couldn’t get off as well with another guy. There was no way a human man could compare. “I think all this time, I’ve been wanting you. I just didn’t know it.”

His gaze finally rises to meet mine, before slowly sliding down my body.

I circumvent the table and stand before him. He was playing hard to get, but one thing I’d learned, it doesn’t take long to get a man to do what I want. I massage both of my breasts, kneading their softness in my palms. “Don’t you want to know what they feel like?”

The edge of his lip turns up. “More than you know.” He moves toward me, but before his fingers meet my skin, he reaches for the game board and slides a single tile one space diagonally. His eyes never leave mine as he whispers, “I win.”

Caroline Crane watched her psychiatrist, Dr. Stevens, scribble on a pad of paper, even though she had only said hello so far. She was seeing the doctor because, since she was 6, she has vanished every six years then wakes in her own bed approximately two weeks later, not remembering where she’s been. She has repeated dreams of a man. Although she couldn’t see his face, he had huge, kind eyes. This time, Dr. Stevens wanted to try regression therapy and see if they could activate the memory and get more information on who the man was. But even experiencing things again, she saw and remembered only the eyes, and she knew he loved her. Why every six years? Why was she unable to remember? Who was he? This time when he came for her, she was going to remember him. She was done with doubts, fears, and doctors. She was determined to remember. This time, she wasn’t afraid but actually happily anticipating his arrival. How would it actually play out now? This was a very different book! Think of your craziest fantasy and you’ll probably see it actually written down in this book. It wasn’t what I was expected, but it was well written and full of detailed description to set the scene explicitly for the reader. The author says this was written on a dare from a friend – she must have some very unusual friends in her life!

In a Gilded Cage by Mia Kerick