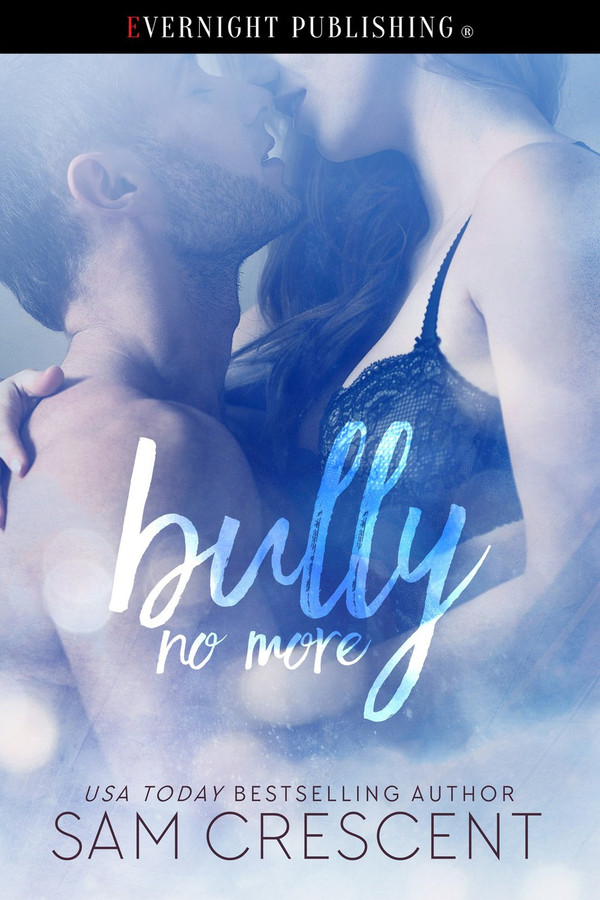 Fat. Cow. Chubby. Chunky. Those were just a few names Kurt had called her growing up. He was her bully, and he didn’t care. One chemistry assignment changed everything. Kim refused to give in to him, so he had no choice but to leave. Ten years later, Kim’s stubbornness gives him the chance to show her that he's no longer her bully.

Kim didn’t like asking for help, but Kurt made an offer she couldn’t refuse. She didn’t want to be the girl that fell for the man who hurt her. She was stronger than that. Kurt was not that guy anymore, and no matter how much she tried to fight the boy, this was a man.

Can two complete opposites find love? Can Kurt prove that he’s no longer a bully, and is in fact the perfect guy for her? Will Kim take that chance?

**This is the story of Kim and Kurt from Fat.

“Good. It’s what I always wanted.” He moved toward her, gripped her hip, and tugged her close. Slamming his lips down on hers, he kissed her. When she opened her lips, he slid his tongue inside, teasing her. She pulled away, breathless.

“I had a really good time tonight.”

“Me too. I never thought I’d say it about one of those things.” He’d purchased the ruby necklace, and forced himself to stay out of competing for some of her paintings. “Your parents bought one.”

“I know. I told them I’d paint them anything they wanted, but they wouldn’t hear of it. Crazy, don’t you think?”

“Nah, they want to support their girl.”

“I also noticed you told Randy my name was Kim, not James, no association to my parents. Thank you.”

“I promised to help you. The rest is up to you.”

“You looked really handsome in the tux.” She rubbed his chest, and Kurt stroked her hip.

The air thickened between them, and his cock went from flaccid to hard within seconds. Kim’s gaze went from his eyes to his lips, then back again.

He watched as she bit her own lip, and he couldn’t contain his moan. “You’ve got to stop doing that. All I want to do is taste you.”

The hand she teased up and down his chest, started to move down. This time, Kurt didn’t stop her. He didn’t pull away. This was about her, what she wanted to do.

She rubbed his cock, and she took a deep breath. “You’re so hard.”

Kim slid her hand into his shorts and cupped him. It was late, and he wasn’t wearing any boxers. The only reason he was wearing the shorts was to make Kim much more comfortable with him. She worked from the base of his cock, up to the tip, then back down again.

Sliding his hands up her back, he cupped her shoulders, then moved to tilt her head back. “You’re playing a dangerous game.”

I enjoyed this book. It was both sweet and sizzling. I’ve been waiting for Kurt and Kim’s story since meeting them in the previous book, Fat. Bully No More lived up to my expectations and captured my attention from page one until the inevitable happy ever after. Kurt was a flawed hero in need of redemption. He bullied Kim back in their school days. Karma had her way and Kurt fell in love with her but Kim wasn’t about to him a chance. The story then rockets forward and we get to see a stubborn and very determined Kurt finally get to claim the woman who stole his heart ten years ago. I really loved Kurt for being so determined to triumph and win Kim’s heart. He finally earned her forgiveness but he had to fight to make her see that he had truly changed. She was wary of trusting him so it took a while but as the author slowly built the background storyline Kim was finally able to let go of those bad memories. The intimacy of their relationship was a slowly stoked fire that still provided plenty of sizzling sex scenes. Sam Crescent did a great job on this book. It was fast paced and easy to read in one sitting. The vibrancy of the characters was amazing. I also loved catching up with Noah and Elise from Fat. Bully No More is another hot romance from Sam Crescent. I loved it!

I totally loved this book and can relate to the fear Kim felt of letting go. Sometimes we allow outside individuals to measure our worth and it’s a cycle we all must break… Kurt is amazing and the amount of growth from book 1 to this one was great character development by the author… He knows he messed up but life has changed him for the better now he has to prove it to Kim… He is charismatic and sarcastic all in one… I love their banter and pet names for each other… Make sure you read this book is promise you will love it…

I was happy to know that Kurt &amp; Kim will have their own story after reading Fat. And theirs story didn&#039;t dissapointed me. Liked how K&amp;K reconnected after the year&#039;s of separation. It was sweet and sexy. Liked how Kurt grow up in personality. He become something special. And that something special made Kim one lucky lady. I love this kind of stories. And Blyth No More has everything you need for a good time.

What a fantastic story. So beautifully wonderful. I enjoyed every second of this story. It was well worth the read x

I loved this book, this is Kurtz and Kim&#039;s story we met them briefly in Fat ( Noah and Elsa&#039;s ) story. Kurt bullied Kim until they were forced to spend time together where he realised he had in fact fallen for her, Kim refused to give him any in with her. They met years later when Kurt helps Kim though she is still weary of his motives she lets him help her. This story unwinds beautifully it really was a joy to read.

Can&#039;t believe you did it again I wasn&#039;t a fan of Kurt since I am a full figure woman but you changed my mind and made me a fan!

I&quot;ve been waiting for this book since I read Sam&#039;s book, &quot;Fat&quot;. Kurt was a bully to Kim all through high school when he finally realized what he was. Now Kim won&#039;t give him the time of day. Fast forward 10 years and Kurt has come to Kim&#039;s rescue. She wanted to make it in the art world by herself but it&#039;s not working out. Kurt packs her up and moves her to his place where she has not one but two art studios and the freedom to do whatever she wants. I love how this story progresses as Kurt is patient and waits until Kim is finally ready to accept that he is a changed man. It was nice to see that Sam didn&#039;t rush right into them having sex but let it build through the story. I love the epilog at the end. Just want I wanted to read. And it was really great to see how Noah and Else were doing also.

What can I say ....This story was just WOW !!!! This book is the follow on read from the amazing book Fat by the same author where we followed the journey of blossoming love between Elsa and Noah which was superb and it is nice to see their story also continue on in this book as we see the story of their best friends Kim and Kurt unravel after we met them in the above mentioned book. It is true what they say when you are young and in school. When a boy is mean to you it is because he secretly likes you really. When they were younger Kurt was not very gentlemanly towards Kim and said some rather hurtful things to her over the years which earned him the title in her mind of being a verbal bully. But one day Kurt woke up and realised that his actions were wrong and that there was so much more to Kim than the vile words that he spouted. Even after his wakeup call Kim could never fully trust him and always expected the hurt to return. 10 years later and Kurt reappears in Kim&#039;s life but really he has never left he has always kept tabs on her, loved her from a far, now she needs help and he is determined to be her one and only knight in shining armor. This story is such a feel good read and written with love and care in every word. This was a heartbreakingly beautiful and heart warming read all wrapped up into one deliciously covered package. It was a read waited for by many after the initial book and I would say that the author delivered in abundance. This book really is a credit to her talent as an author and I for one cannot recommend it highly enough. An absolutely fabulous read from start to end. I loved every word and moment of it. Well done Sam. Happy Reading!

So loved Noah and Elsa&#039;s book but loved this one even more. This book is of Kurt who bullied the one person who he realised too late was the one person that was meant to be his. But ten years later he comes to the rescue and offers kim a chance of a lifetime which she has no choice but to accept his offer but still has doubts and is being weary on his true motives. This was such an awesome read and Ms Crescent did an excellent job in writing it.

Bully Next Door by Sam Crescent