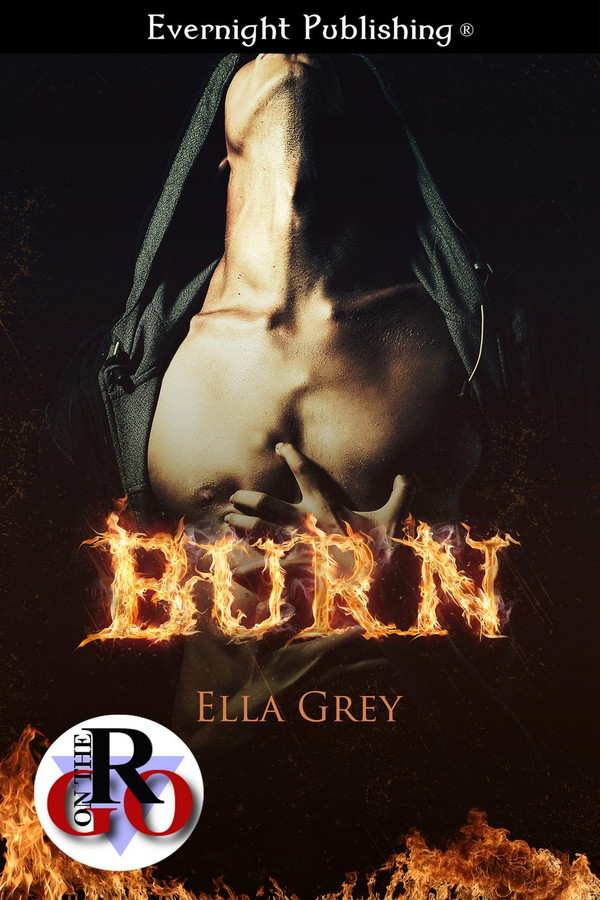 Jace knows there are things other than human living on the mortal realm—vampires, shifters, the fey, and her own brand of witchery. She thought she’d seen it all. Until she meets Demon. He's a Phoenix, a creature so rare that some don’t believe they exist at all.

With the tendency to burn the partners he takes to bed, it’s been a long time since he’s had a woman. The empathic witch in the bar knows how to handle his type of fire and he’s intrigued. He just needs one night to connect with someone, a chance to feel anything but the constant loneliness. He doesn't expect that one night to change everything, including his heart.

But something is chasing Demon and it’s willing to go through Jace to get him.

He liked her already.

The black dress she wore stopped at her knees and covered curves that made his mouth dry in anticipation. The barest flash of flesh from where her boots ended and her dress started was mesmerizing. Black eyeliner highlighted green eyes and red lipstick completed the look. Had she gone to the bar to pick someone up? A wave of possessiveness swept through him. He wanted to claim her. To feel her body writhing underneath his.

Demon shook his head. There was a chance that he might hurt her it had been a while since he'd been with anyone.

She stopped at a traffic light and pushed the button. The cars passed in a wild blur in front of them. The world continued to move as it always did. Demon stopped next to her. The hour was getting late. The sky covered with stars. He reached out and pressed a hand to her lower back. Her breath caught. A heavy musk of sandalwood filled his nose, a scent most witches gave off while they worked magic or were aroused.

He turned slightly and dipped his head. "How much further do we have to walk?" he whispered against the curve of her ear as he dropped his hand lower.

A small smile curved her lips. “I live on the top floor of the apartment with the red door. And if you don't stop touching me we might not make it that far."

A chuckle escaped him. "The streets aren't exactly deserted, gorgeous. You want to draw a crowd?"

She sighed. "It would be worth it."

This was definitely an interesting story. A Phoenix and a witch made for a different plot and I enjoyed it I do wish it was longer but still a good read!