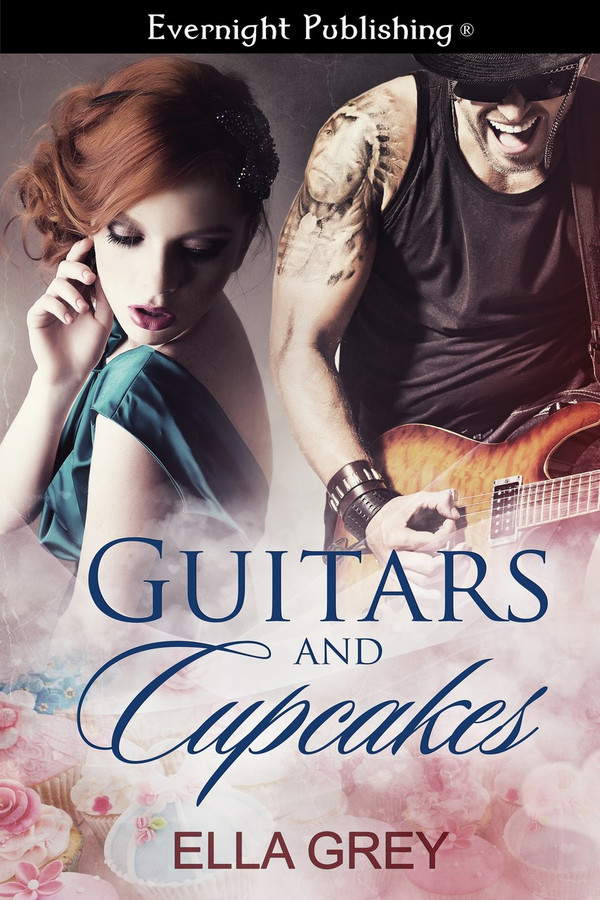 Clayton Heaton, a mechanic with a love of music, doesn’t believe in long term relationships. The girl who makes mouth-watering cookies is about to change his mind.

Lily Collins, a baker with a past she can’t forget, can’t risk having her heart broken again. A man who sings from the soul is determined to prove to her that not all men are the same.

He drank in the sight of her body. Then she turned. Lily yelped in surprise and dropped a tray. The clanking of it hitting the floor shattered the peace that had been created by her song.

“Oh Christ, are you okay?” Clayton moved around the counter and started to help her retrieve her things from off the floor.

She pulled earphones out of her ears. “What are you trying to do, give me a heart attack?” she accused, roughly pushing the tray toward him. Clayton took it and got to work cleaning up. Her cheeks were red but this time it wasn’t a blush. Anger. He’d frightened her. The plan had been simple. Unleash the Heaton charm and get a date with the redhead. But she certainly wasn’t in the right mood now. As Lily stood and disappeared back into the kitchen, Clayton finished picking up the cookies, then followed her. The kitchen was clean, well, if he didn’t count the bowls and trays on the counter. She’d ended up leaning against the sink, her head bowed, and he caught sight of her hands shaking. Damn, he’d really scared her.

“Lily?” He placed the plate onto the counter. Her slender shoulders were tight and when she turned, her lips parted. Clayton raised his hand, stopping whatever she’d been about to say. “I know I’m starting to sound like a broken record, but I’m sorry.”

Her chest rose and fell, more under control than a few seconds before. “What are you doing here so early?”

Well, I wanted to ask you out. I’ve been thinking of you constantly since yesterday. I want to find out if those lips of yours taste as good as they look. “I woke up early and thought I’d come here for a coffee.”

She raised one eyebrow. “You don’t have coffee at home?”

But then you wouldn’t be there, and seeing you makes the day worthwhile. “Not as good as yours.” Clayton shrugged off his guitar case and balanced it against a large dishwasher.

Lily’s eyes went wide. “What are you doing?”

He took off his jacket and placed it on a hook on the wall. “I’m going to help you replace the biscuits you lost. It’s the least I can do.” She looked torn. Lily didn’t want him to stay, that much was obvious, but he couldn’t just leave her to clean up when it had been his fault. Clayton rolled up his sleeves. “Come on, free labor right here. Do I have to beg before you let me help? I’ll get on my knees if you want.”

A small smile pulled at her lips. “I find it hard to believe that you’ve begged for anything before.”

He took a step toward her. The urge to touch her nearly overwhelmed him. “I bet I can make you beg for something.” Clayton glanced down at her. The rise and fall of her chest, accentuated by that tight t-shirt, and the scent of vanilla was all a dangerous assault to his senses.

Lily nibbled at her bottom lip but didn’t seem capable of meeting his eyes. “I don’t doubt that.”

Kat says: Very enjoyable romance about an aspiring musician looking for something better in life, and a baker trying to move on from the ghosts that haunt her.