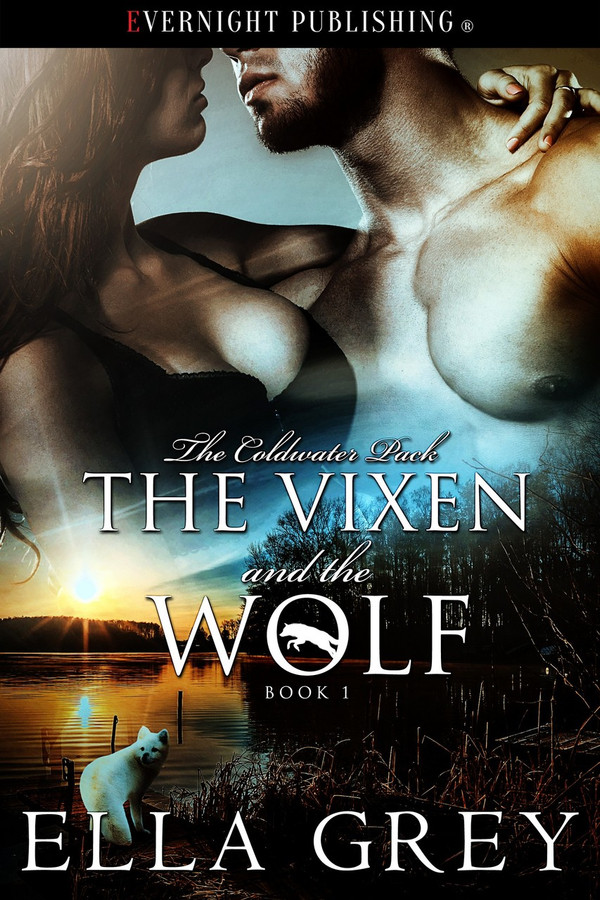 Tessa Carey doesn’t want to work at the Golden Goose. With a deep fear of crowds and people she’d rather stay at home, but bills need to be paid and how much trouble can she get into as a night cleaner?

Henri Tull is the Alpha for the Coldwater Pack. All he wants is to keep his family safe and working legitimate jobs is the way to do that. Then he meets Tessa. At first, she’s a voice on the other side of a radio. Until someone breaks into the Golden Goose and Henri runs to rescue her.

In one night Tessa’s life is changed beyond recognition. The world is a much scarier place than she thought—will she have a chance at love with Henri, or will let fear rule her life?

Henri growled something behind her, and she risked a glance over her shoulder. The man had reappeared and was running towards her, Henri close behind. Tessa turned on her heels and ran for the stairs. The man’s face was twisted in rage, and he moved faster than was humanly possible.  Suddenly there was a pressure across her shoulders, and she fell to the ground. They hit a table, and it shattered beneath their combined weight. She rolled onto her back as her body screamed in protest and the man snapped down at her. Tessa shielded her face with her arms.

One second the man was on top of her. The next Henri ripped him away from her. Through a haze of pain, she watched as the man flew across the room, hitting the side of the bar. A sickening thud made her want to throw up. Henri knelt next to her looking like himself again. “I’m sorry. I shouldn’t have moved.” Tessa managed a groan, curling up next to him. “I just wanted to get somewhere safer.”

“I would have kept you safe.” He brushed some strands of hair away from her face. “Did he bite you?”

She closed her eyes. “I don’t know. Oh God, what the hell is going on?” Henri put an arm underneath her legs and another under her arms. In one fluid motion, he stood. Tessa half expected a groan of effort, but when it didn’t come she looked for the other man. “Did you kill him?”

With measured steps, he walked across the dance floor and to the back door.

“Are you okay?” She didn’t know how to talk to him about what she saw. Her whole body hurt, but he didn’t seem to be having any trouble in moving.

He smiled, but there was a real worry there. “He managed to hit my shoulder with that hammer of his, but I’ll be okay.”

Tessa wriggled out of his grip, and he let her down. Every part of her hurt, but she couldn’t see much of the damage, only the blood that spread across the sleeve of her top. As her feet touched the floor, she wobbled. Henri reached out and grabbed the top of her arms, holding her in place. “You shouldn’t carry me, not if you’re hurt. I can walk.”

“You’ve already done too much for me,” she protested.

“Do we really have to argue about this now?”

She peeked up at him. The security guard looked odd, fuzzy around the edges like she was looking at him from beneath water. She blinked a few times, but he didn’t snap back into focus.

Suddenly her feet didn’t want to carry her, and the pain vanished.

Tessa hates crowds and is pretty much an introvert until one night a break in happens at her job and her entire life changes. Henri is the Alpha of his pack and when he rescues the sweet little human next door, he doesn&#039;t expect it to go any further than that, but he finds that there&#039;s much more involved especially his heart. &quot;The Vixen and the Wolf&quot; is a sweet short story. I wish it had been longer but the story was interesting, the main characters had great chemistry, and the love scenes were steamy. It was more of a novella than an actual novel.

Tessa is introverted and just wants to be left alone. Her job as a cleaner in a nightclub is perfect for her. Her only contact with others is through a walkie talkie. Henri is a wolf shifter and Alpha for the Coldwater Pack. He lives to keep his family safe, but Tessa is also under his protection. Tessa feels safe in her job as a cleaner for a nightclub, despite its remote location. Henri and his security team are only a radio call away. Even that was too far the night a man who was not all human breaks into the club to rob it. He attacks Tessa and she has to deal with a whole new reality, and the Alpha who is destined to be her mate. Tessa is an unusual heroine. Socially awkward in the extreme, she is an unlikely mate to Henri’s Alpha wolf, but rises to the challenge and her new life. Henri is a strong Alpha who at first reading is likely to be protective of Tessa but unlikely to be her soulmate. Tessa proves to be unexpectedly strong and overcomes her issues to embrace her new life. This is a good introduction to a new series.

The Criminal and the Wolf by Ella Grey

The Wolf and Her Mate by Ella Grey