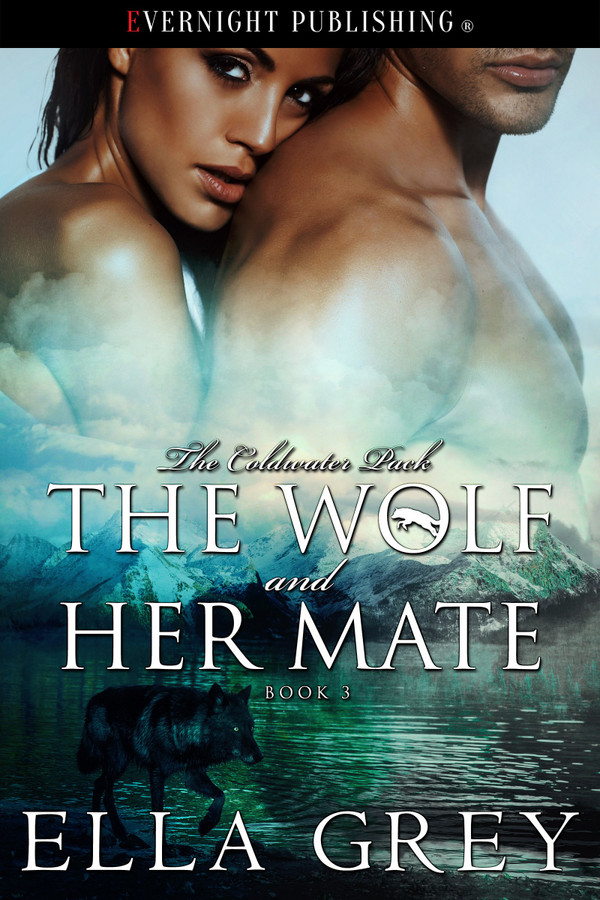 All Aubrey Tull wanted to do was settle down with her mate, Liam Willingham, but he was determined to fight the mating bond. The night he left the pack destroyed a part of her, and she became determined to find out who she was without him.

University should have been a step in the right direction—but that was before her mating heat kicked in. One night out at a club with her friends brings her the unwanted attention of the Joy brothers. She ends up putting them into the hospital and gets herself behind bars.

Liam thought he was doing the right thing when he left the pack. He wasn’t good enough for Aubrey, and he didn’t expect to live through the illness that racked him. Aubrey was too young, too innocent, for that kind of burden. Now he’s recovered, but then Henri tells him she’s been arrested. Liam’s probably the last person she wants to see, but in the end he’s the only one who can help her.

“You weren’t hiding.” Henri walked across the room, and Liam sensed the movement to take his bottle. A growl rumbled in his chest, but it was for show. If it came to a fight Henri would hand him his ass, and he knew it. “I need a fucking drink. Where do you keep them?”

“Fridge. I buy these things in bulk.” As Henri turned away, Liam risked another look at him. Another reason he couldn’t pursue Aubrey. They’d been best friends close to forever. What idiot went after his best friend’s little sister? Even when she turned eighteen? “Aren’t you on parental duty? How’s the rug-rat?” He caught the grimace which crossed his friend’s face and frowned, sitting up. “What’s wrong? Is everything okay?”

Henri didn’t say anything until he retrieved the bottle and sat down next to him with a huff. He twisted the cap off and took a long swig from it, wiping his lips with the back of his hand. “Alexa is an angel. It’s Brey who’s the problem.”

“Brey? You didn’t have twins and forget to mention it, did you?”

He shook his head. “Brey would be the name Aubrey likes to go by since you ripped her heart out and ground it into dust under your boot.” He took another drink and grimaced. “Damn, this is terrible.”

Guilt twisted in the pit of Liam’s stomach. “Nothing happened with her, Henri, I swear. No lines were crossed.” He dropped his own bottle to the ground with a thud and managed to sit up properly. “What happened?”

“She’s in jail. I’m tempted to leave her there for a bit to learn her lesson, but it would be a bad idea.”

The feeling of being buzzed faded quickly. “What happened?”

“A Sheriff Taylor called me; said she was at a club when a man tried to make a move on her. Unwanted.”

“Since when does Brey go to clubs? Why is she the one who’s in jail?”

“Because she put the man who touched her and his brother into the hospital.” Henri sounded proud before he looked a little embarrassed.

This is billed as the third book in The Coldwater Pack series, but I was able to read it as a standalone without losing any of the story. Saying that, I do think it would be a good idea to read them in order as I have wondered if Liam’s illness was mentioned in any of the other books. Brey just wanted to be with Liam yet he walked away. Brey leaves too, choosing to go to a university far away from the Pack. However, her hormones kick in and things need to change. This is definitely a case of the male choosing for both of them, not even considering that his mate may actually want a say in her own life. There is danger in here for Brey and Liam wants to protect her. He will need to ingratiate himself though, as Brey has been badly burnt by him before, and isn’t keen to repeat the experience. This was an easy read, with plenty of steamy moments. Brey isn’t a walkover though, and Liam has to work to regain her affections. I enjoyed the writing style and found it flowed smoothly. I’m always a sucker for an epilogue and thought this one was brilliant. For a steamy paranormal romance with a hint of suspense, then I can heartily recommend this one.

The Criminal and the Wolf by Ella Grey