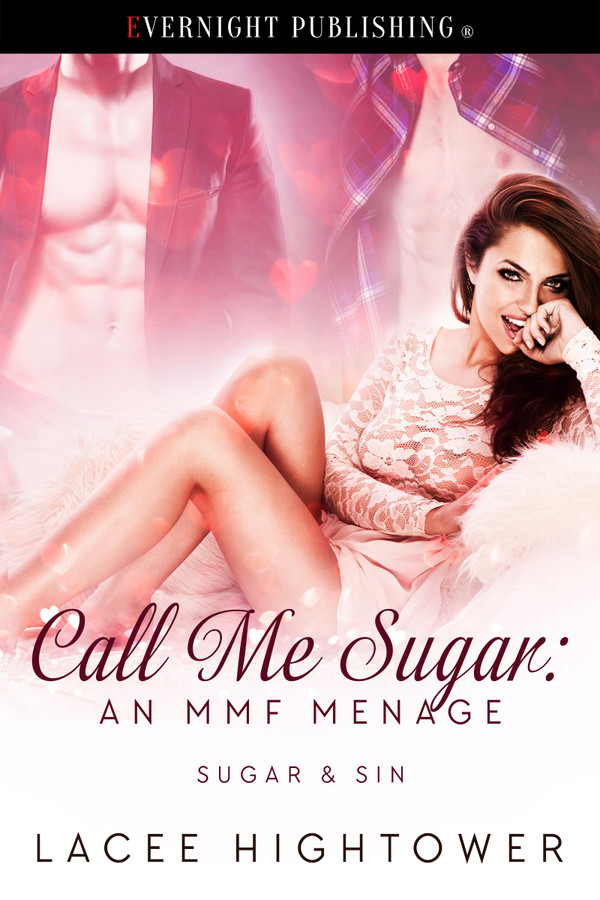 My first love. My first lust. Fourteen years later, my feelings haven’t changed. But it’s not that simple...

I’m right back where I said I’d never be. Living in the house I was raised in, giving up an action-filled job in the city to return to a town that’s emptier than a tomb, working in a place that once made my skin crawl. All for a boy I lusted for who turned me down flat, and another that I loved who walked away with my virginity.

But things aren’t as they seem.

Keith Ryker and Jason Lee are no longer boys … and love one another.

Can I forget the pain of the past?

Can this small, judgmental neck of the woods embrace my choices?

Can the secrets of yesterday become the foundation of tomorrow? Or will they crucify me against Springhill, Texas all over again?

I want two men. Is that wrong? Is it immoral? Probably. But I’ll fight until the end for the men I love. And if that’s wrong, then I don’t want to be right.

Lust breathes inside me. My body is hard, aching steel as I crunch on ice, deliberately, vulgarly, well aware that he’s fighting like hell not to cringe at the one thing that drives him mad. One can almost hear a pin drop as he remains stationary, speaking to me in a silence that’s so powerful, so calming and soothing, that it’s almost meditative.

Naked, bowing with hands clasped behind him, he kneels, respectfully, deathly still like a man praying at the altar. Cramps ricochet through the nape of his neck. Goose bumps blanket his back. Teeth stave off chattering as cold licks his face, his lips turning purple as the fifty-five-degree room spreads chills straight through his bones like a raging wintery blast.

Despite the crispness of the temperature, the burning pain shooting up his neck like blistering flames, or the hard floor bruising his bare knees, he’s exactly where he wants to be, where he needs to be. Respecting, yielding, his mind conceding to the biting anguish, the discomfort, the torment.

Like a garden gargoyle, he stoops before me, surrendering, waiting, patient and devoted, for the pangs, the cramps, and the stiffness to all fade away into sheer bliss and searing elation.

My body trembles and aches with dark wicked desire as I swallow the last drops of a Crown and Coke, place the tumbler aside, then lower my hands around his windpipe. There’s still no whimper of a sound when I know he yearns to speak. There’s not an inch of movement when I’m certain everything hurts. This is all because these aches, these pains, are like a welcoming hospitality to me, to him, to us, and what’s to come. Placing more force around his neck, I look down to see him beautifully hot and swollen, his tip dribbling clear arousal.

“Look at me,” I command in a menacing whisper. “Tell me what you need, boy.”

When I lessen my grip, he replies hoarsely. “To hand you everything. To give you my body. To submit only to you.”

My cock aches at the hunger in the piercing blue of his eyes, the urgency to leave his pretty thighs veiled in my marks spreading through me like billowing hot wildfire. His body is my temple—to use, to own, to take, take, and take again.

And too good to only savor once.

Lacee Hightower has crafted a ménage story that exhibits raw passion and forbidden desires. Expertly written, she draws the reader into the story, keeps you interested until the very end, and provides sex and sin to heat up even the coldest nights. Anxiously awaiting the next installment.

I have read several menage erotic romances, but for me this is very different. The love and passion runs deep through this story, I don&#039;t want to spoil the story for anyone, suffice to say that it runs between the three characters. Lacee has always written with a beautifully poetic rhythm, and this is no exception. Her humour and intelligence shines through with every sentence. And the sex scenes are incredibly HOT, seriously I defy anyone, man or woman, not to feel the pangs of desire reading them. Lacee, yet again, has brought a warmth and passion to characters that other authors might have left as cold, sex machines. Fantastic read.

Holy moly this book was awesome!!!! Smoking! I loved the setting as it was familiar — I’d say for any one growing up in small town America it would be ok I know them!!!! I cannot wait to read the second book from the “boy’s” perspective!!!

This book was not an easy read for me. I knew pain and heartache were coming for Jen before it did. That she had tough choices to make. She made them, she got stronger each time. Keith was a bit to much for me, but his character was just right for Jen and Jason. Keith wants it all, Jen and Jason. At the same time he fights this internal struggle with himself, for his wants and needs and the way he has treated Jen in the past. Can Keith have what he wants? Jason is a bit of an enigma, and yet is central to the story. He loves them both, has had Keith forever, while Jen was rejected and discarded by both Jadon and Keith. As much as Jason loves Jen and Keith, is he willing to share him and be what amounts to just a third in this triad when he has had Keith to himself for 14 years? This is their story, an intense read, but worth it. Well written, flowing storyline, developed characters and some twists you didn&#039;t see coming. Get the book!

Reaching for Emeralds by Lacee Hightower

Call Me Sweetheart by Lacee Hightower