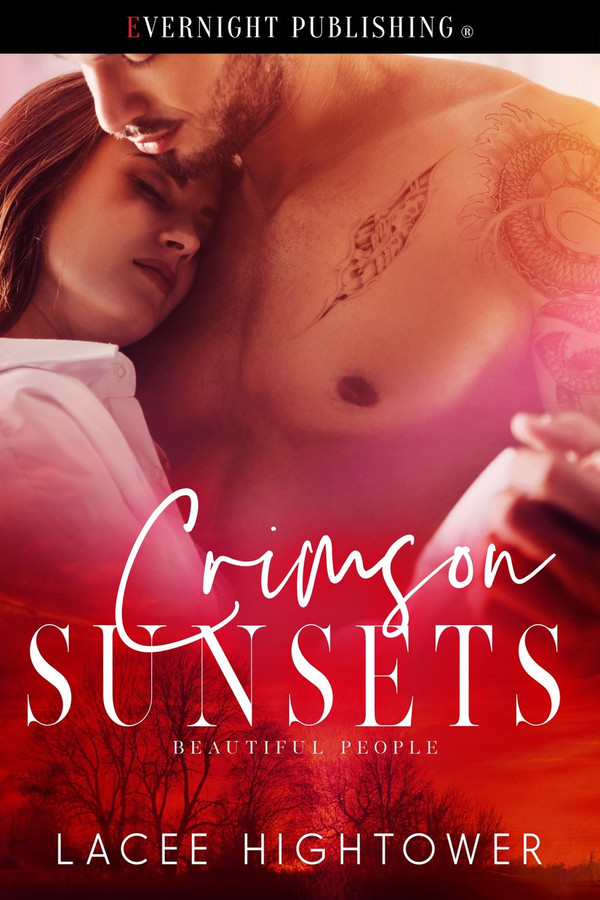 “I never asked for either."

Not one to be controlled by a woman, Hartley turns me to jelly. One look from her and I’m a goner. She makes me want to rethink my life.

Then I learn her true identity and my haunted past catches up with me.

Can I forgive her? Can she forgive me?

We both have the power to destroy each other.

He doesn’t recognize me.

He cocked his head slightly.

“Nice to meet you… Coco. That’s quite some name. Your brother mentioned I might run into you.” A long-fingered hand reached toward me for a handshake. “I don’t think he meant quite like this.” He smiled as I fought the grin threatening my own mouth, all the while his eyes moving down and over his nudity before quickly moving back up and over my torso.

His eyes dropped toward my chest as my cheeks flamed, clearly able to see straight through my tank top. Strangely, my attraction to him was so intense, I almost felt at ease under his gaze. It was deep-rooted. Almost natural.

“Now, do we need to get you some ice for that elbow?” he asked in his low sensual tone. My face heated to the point of a burn as his grin widened.

And I know who you are.

“So, you’re the little sister he speaks of. Jackson tells me you’re going to be handling the medical insurance end of things for Tyler. You’ll like him. He’s a good guy.” He laughed, giving his head a small shake. “Other than the small fact that he’s known to be a heinous boss.”

His teeth were perfectly white and straight through his smile. A small hidden dimple jumped out on his left side that I didn’t remember, setting off a few million butterflies in my stomach as he stood naked, introducing himself like nothing was out of the ordinary. As if he wasn’t in front of a strange woman flaunting his impressive dick and beautiful bare, inked-up body.

The entire lunacy of this preposterous situation had me choking back a laugh.

“Heinous, huh? Well, hopefully that’s not true. I’m actually pretty excited. Or I was.” I returned his smile.

Get a freaking grip, Hartley.

But what the hell was I supposed to say?

A gorgeous naked man with an exposed massive penis posing like a nude model was mere inches away as I stood almost bare myself with nipples like rockets, my panties moist, sporting hideous bed hair. How was I expected to freaking act? Especially when it happened to be the man I’d dreamed of marrying and having babies with since I was a kid.

I felt foolish … in a good way. My eyes were at war trying to avoid his outrageously beautiful body, every muscle between my thighs throbbing. He, on the other hand, was nothing but confident and composed.

With a quick nod, his dark eyebrows rose. He seemed nice. Maybe a little cocky. Definitely arrogant. He had a sense of humor, too, which I liked, but what stood out the most was the fact he was without a doubt sure of himself, that protective-shield personality in middle school gone. He glowed with confidence and something in his eyes soundlessly told me he knew who I was.

“Umm … so how do you know my brother? And Tyler Yates?” The bewitching face of the stranger that really wasn’t unfamiliar had me struggling back and forth between his eyes and the action going on between his gorgeous toned legs.

A quick clearing of his throat, I embarrassingly lifted my wandering eyes, my chest thundering like the drum of a heavy metal band. The corner of his lip raised back into that small grin again as I placed a hand over my mouth, choking back laughter. How the hell was a girl supposed to concentrate with a sex-oozing, tatted-up body so close?

&quot;Crimson Sunsets&quot; is a story about a woman that thought her life was just like it was supposed to be. After catching her cheating husband she is determined not to take him back. She decides to move out of state to be near her brother. What she finds is a life she never thought was even there for her. Through some ups and downs she finds a man that she never dreamed she could ever have. Ms. Hightower draws you into a world of two people and their steamy hot love life. I do wish there was a scene of the wedding and first birth reactions of the couple. Towards the end it seemed a little hurried through. I loved Lacee Hightower&#039;s characters and her love scenes. Plus her descriptions are like you are there.

This book is hot! Loved the first in the series but love this one more. Totally enjoyed the small sparks of humor and definitely the smoking sex. Looking forward to more books by this new author.

Reaching for Emeralds by Lacee Hightower

Waking the Lion by Lacee Hightower