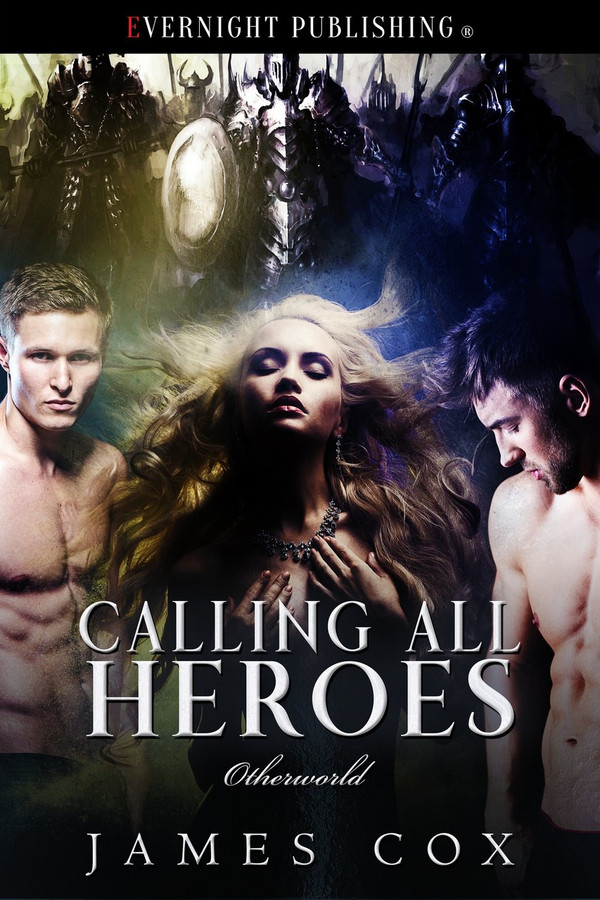 Some want to use her.
Some want to kill her.
I just want to protect her, both heart and body.

Princess Aneen has been the love of my life since childhood. It took a half vampire and the kidnapped princess to bring us to the brink of war. Through the dangerous fairy lands, over vampire-infested mountains, and we haven’t even come to the battle yet. Queen Aralynn is intent on ruling this magical land with fear and pain. We have to fight for our lives. We have to fight for each other.

Banshee’s, fairies, vampires, and trolls litter the battle field, ready to fight. When the smoke clears, which queen will be on the throne?

Alexander shifted to his hands and knees with his head down. I was about to call his name when his head jerked up. His eyes, Dullahan’s dick, his eyes had a hint of red in his light blue irises. His fangs were bloody and bared. A growl ripped from his lips followed by, “Mine.” He was looking at Aneen, but his gaze swung over to me. “Mine.” Alexander lurched forward and grabbed a handful of my shirt. He pulled me toward him with strength that easily lifted me off my knees. I fell into his body and his mouth found mine. His lips were wild and his fangs nipped my bottom lip. I couldn’t think, couldn’t focus as he grabbed my ass and devoured me with his kiss. I was gasping when another growl left his lips. He reached out and pulled Aneen closer. She let out a soft squeak and then he was kissing her. Hard.

“Looks like we got ourselves a show.” Thorn snickered from the trees.

Alexander ripped her shirt clean off and bared her breasts to the night. Aneen gasped, trying to cover herself, but Alexander was faster. He latched his mouth onto one nipple and sucked. Her head fell back and she moaned.

From the corner of my eye I saw Dusk tug on Thorn’s arm, dragging him away from us.

Alexander pushed Aneen to the ground and crawled on top of her. He was kissing her so persistently her lips were turning red. I watched, stunned at the intensity and violence. Alexander growled low in his throat and then fastened his mouth onto Aneen’s nipple again. She let out a startled cry followed by a soft moan.

Alexander bared the red breast and tugged on her pants. He pulled them down below her knees before he spread her legs. His cock was out. I hadn’t even seen him do that. He was rubbing it against her pussy, up and down.

“Aneen…” I crawled to their side. She grabbed my hand, squeezing before she came.

I watched, completely forgetting about everything but the moans she made and the way his red tinted eyes watched her squirming.

Alexander grabbed her hips and then thrust inside.

On the run and preparing for war isn’t the best way to begin a relationship but when you’re wanted for kidnapping the realms Princess and facing death at the hands of the Queen, you work with the hand dealt. With a little bit luck and help from other outcasts, you just might get to keep both your Princess and the reformed bad-guy half-vampire. Told from Stefen’s POV, Calling All Heroes is the final chapter in the Otherworld series. It completes the journey of Stefen, Alexander and Princess Aneen in their fight against an evil they didn’t suspect in the first book and determination to stay with each other. Aneen comes into her powers, the Queen shows her true colors and there are some surprising and entertaining new characters introduced. I liked that the author began this book by explaining how the Queen came to power. It made her a slightly more sympathetic character for a few pages but then I remembered that she made a choice and choices have consequences. I thought it was a clever plan that the Queen had to get her daughter back and in a way I didn’t suspect. While book 1 was more about Alexander and Stefen forming a bond this one is all about the menage. The sex gets a little rough in a couple of places but the characters don’t seem to mind. Alexander is all about the blood sharing with some very interesting results. This second book is shorter than the first and felt rushed to get to the exciting conclusion. I don’t know that there were any specific threads left unexplained but there were a few “that’s very convenient” moments that could have been better fleshed out. Still, overall, it was a entertaining story that has a satisfying ending and worth the read. Readers who enjoy a healthy dose of fantasy and mayhem should give this little series a try. They do need to be read in order.

This is book 2 in The Otherworld series. You do have to read book one to understand what’s going on. Calling All Villains starts out where the first book left off. Princess Aneen, vampire Alexander and human Stefen are running from the evil queen but not for long. They’re putting together an army of supernatural creatures to take her off the throne but will they be able to do it? Wow! This is a fabulous story. Fairies and vampires and shifters, oh my! I love the world building. In this book we see even more of it with different parts of Otherworld. This author never fails to create unique plots but includes smoking hot sex. And it is smoking hot. That scene with Alexander going all crazy vampire on Aneen and Stefen is freaking orgasmic. I’m still fanning myself. I’d buy the book again just to read that scene. Whew! Theirs a big battle at the end that showcases the climax of the war between queens. We meet Banshee’s, which I have to say are my favorite along with a shifter named Kierce who is stoic and quiet. I want to hear his story! I love the romance between Aneen, Alexander and Stefen. Besides the great sex, I feel a real bond between them. It is sweet and totally entertaining. If you like m/m/f with a heavy dose of paranormal that you have to read Otherworld by James Cox!

Calling All Villains&quot; is a super fast paced story that you really have to pay attention to or you’re going to get lost. Yes, it is that complex. There are lots of characters though the main ones are Alexander, his partner Pan, Stefen and Aneen. Each is a different type of creature with different powers. Throughout this story there are every creature imaginable and they almost all have some impact on what is happening. Though there is plenty of sex, the romance is more understated. This story is more a paranormal adventure with sexual elements. It’s also a fight between good and evil; where the evil isn’t where you thought it was and the good comes when you don’t expect it. There are fights and flights, family and friends and unexpected things that pop up all over the place. The biggest down fall in this book is the lack of depth. I felt as if it could have been more complex with more layers had is been a bit longer. Regardless, it was fun to read. And, there is a bonus story at the end which gives you more insight on this interesting world. The Story: Aneen knows that people are trying to kill her and/or kidnap her. This has been a fact for her entire life which is why she has bodyguards. Stefen is her favorite and the one most loyal. When a prince supposedly is injured trying to save Aneen, Stefen is not exactly trusting. This is good because the prince is actually a half vampire who is working with a partner to kidnap Aneen for ransom. As the prince gets to know Aneen, he begins to change his mind. However, his partner doesn’t know this and takes her. Can the prince help save her or will her bodyguard just kill him?

Book two certainly was packed with tons of action and some great new characters that I am super intrigued to know more about. I loved that this was in Stefen&#039;s POV this time, and I&#039;m dying to know what Otherworld has planned for his evolution in book 3! My favorite? One salty little fairy named Thorn with an ogre sized chip on his shoulder... All in all it was a sexy adventure and the perfect read for when you just want to get away for the evening.

A Need for Heroes by James Cox

Calling All Villains by James Cox