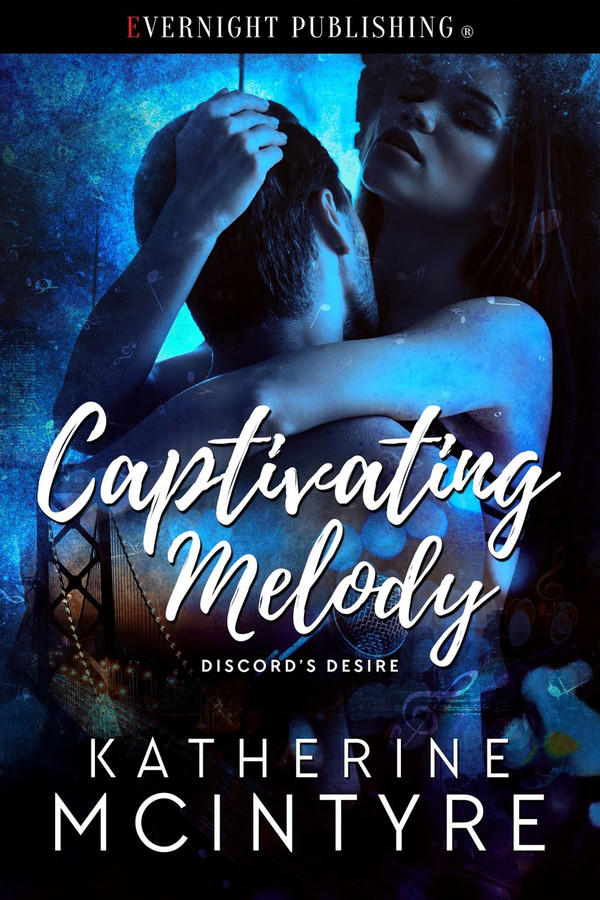 However, when Kieran’s brother sends hitmen after the band, Liz discovers hunters with her abilities who are mortal enemies of the fae. Mercenaries might attack post-show, but Liz has her Beretta to handle that. What terrifies her more than any monster is how she’s falling for Kieran, which triggers every ‘run-away’ sensor in her foster kid handbook. With war brewing between the hunters and the fae, their love can only end in heartbreak.

To her relief, the lights dimmed even more, and the spotlights circled to the front and center stage, casting a hush through the crowd. A smile curled her lips once Kieran’s sultry voice came over the speakers, the effects dropping like a pheromone bomb onto the audience. A visible ripple didn’t cascade through the air, but once his voice reached a familiar intensity and the rest of the band began playing, a huge scream resounded through the crowd.

Liz let out a sigh. This was why she stayed backstage during the shows. Her glamour-resistance turned her into the one sober person at this lust inspired rager. Her dry spell would have to continue for now since she refused to hook up with the tool next to her and didn’t mainline the swell of sexuality like everyone else. Plus, with Mr. Fae Bartender behind her, she needed to act with extra caution. Bolting from fae sent the same message as a red flag to a bull—pretty please, come chase me.

On stage, Trevor thrummed away at the guitar, his fingers plucking over the strings with the skillful focus he always employed. He leaned up to the mic in front of him to add in the background vocals, the sensual tenor blending with Ky’s baritone. Renn’s hair flew as he thrashed away at the drums, his hands moving lightning fast and his hooves tapping the pedals. Meanwhile Jett romanced the length of his bass, providing the deep undercurrent the siren always did as those notes came out soul-wrenching.

Kieran’s voice reached a crescendo, drawing her attention front and forward. Normally when he sang, his gaze cast far and wide over the audience, as if he were romancing the crowd as a whole, but tonight, his eyes were locked on one person alone. She tried to swallow, but her throat grew dry.

Long strands of his dark hair drifted across his eyes as he clutched the microphone and rocked back and forth with it, the intensity projecting in his voice. He’d tossed his patched leather to the floor, stripped to a black wifebeater that clung to him like a second skin and revealed the intricate phoenix tattoo coiling down his arm. His hips shifted while he moved to the beat of the music, his grey jeans clinging to those powerful thighs. Yet nothing snared her as much as his amber eyes focused straight on her the entire time.

Heat flushed through her at his undivided attention, and while she’d like to blame it on all the bump and grind going on around her, Kieran got her hot and bothered. However, she wasn’t one to sit back and melt. Liz met his eyes and winked with a smirk. She caught the hint of a smile by the crinkle in his eyes as he crooned away.

Forced to work with a band of supernatural musicians wasn’t what Liz O’Brien was expecting, but things soon heat up when danger comes knocking, forcing her to trust them if they are to live! I loved reading about these characters and the plot was fast-paced and action-packed yet still easy to follow. Liz and the band have an interesting dynamic, and I loved seeing them get to know each other more, and watching Liz find out that there are others with her powers, even though not all of them are so friendly. The emotions are so real in this story, and I loved seeing their story feeling as if I was taking part in it with them. If you enjoy paranormal or supernatural rock-stars in a steamy, action filled romance, you won’t want to miss this one! I loved the characters, and the romance was on point.

CAPTIVATING MELODY is the first book in the Discord&#039;s Desire series, and it starts off with wollup! First of all, we are introduced to the band and their manager. We find out about each of them, and their differing personalities. We see the how&#039;s and why&#039;s of them getting together, and how Liz walked into their lives. The impact she has on them all is huge, but it is Kieran that it impacts the most. He changes his way of life (literally) as nothing else seems to measure up to Liz. She fights it though, as she is worried it will go nowhere. She doesn&#039;t know how long she will stay in one spot and has made it her mission to never get attached. This sneaky incubus isn&#039;t giving up though, and their relationship is worth every word! Quite simply, this was a brilliant start to the series. With family feuds, crazy ex&#039;s, and fair-weather friends, this book has a bit of everything. The pacing is smooth, and the pages are filled with action. I loved how Liz and Kieran&#039;s story moved along, whilst still having the other characters play a part. Because of how Jett and Renn bicker, I think they should end up together! lol I can&#039;t wait for the rest of this series to see how the different stories (and characters) will pan out. If you are looking for a fun, feisty paranormal romance, then I can definitely recommend this one.

At first I thought I’d get confused with all the different types of characters being thrown at me right from the start but I actually had no trouble at all and fell in love with all of them. This is an awesome paranormal romance that has so much going on. First, the characters are awesome. Each is unique and has their own style within their fae background. That is except Liz who isn’t fae and isn’t sure exactly what she is. There is much more to that part of the story too as this is a complex book with many layers. Another part of this book is the mystery of who is out to kill Kieran and why. For that there is a simple answer and a more complex one too. It reminds me of an onion with more revealed as you peal back each layer. And, this is a romance so in the mist of all these real life issues, Kieran is trying to get Liz to give him a chance. This really is an incredible book and I hope there are more stories to come. I love the world, the characters and the way Ms. McIntyre writes. After a life time of never fitting in Liz has finally found a place she belongs. She’s the band manager of a unique band made up of various fae. She isn’t affected by their glamour or their powers which means she can honestly deal with them. Under her management the band is thriving. Everything is fine until the lead singer, Kieran, decides he wants more from Liz. She wants to keep it all business while he wants to see where a relationship will go. When Kieran has someone trying to kill him, Liz knows that she may not have a chance to make any decisions. Where will this go?

A great start to a new series of books! This author is new to me and I will be looking forward to more of her work. Kieran and Liz are awesome characters. Both have just the right amount of fun,angst, love and snarkiness. Can&#039;t wait to see who is next in the series.

This is an amazing first book to the series. Love how strong Liz is even in the far world, she might be frightened by some situations but she won’t back down and will protect as much as possible. Love the guys, they all have different personalities that will make you raise your eyebrows and laugh. Must read. I volunteered read and review this ARC book

Urban Fantasy, paranormal romance, rock star romance, and even a bit of friends to lovers romance, Captivating Melody is a fabulous start to a must read series. This first book in the Discord&#039;s Desire series introduces us to a world of Fae, humans, and hunters by way of a rock band of supernatural beings and there something more than human manager, Liz. Each character has their own brand of snark, and their banter is sharp and witty as they travel and perform together. While they&#039;re all lovable, the focus in this book is Kieran and Liz, who are clearly attracted to each other. Between dealing with hitmen, investigating who&#039;s behind it, a building war with the hunters, and some steamy fun for our couple, this one is non-stop and almost impossible to put down. I can&#039;t wait to see what&#039;s next for this entertaining series.

&quot;And he knew right then and there even if whatever flared between them immolated, if it all crashed and burned, he&#039;d remember Liz O&#039;Brien for a lifetime.&quot; I&#039;m in total love with these characters!! This Author has a gem of a series cooking here, and I won&#039;t miss any of them. Kieran is cocky hotness personified and he had me grinning the entire time with his adorable impulsiveness, banter, and magnetism!! Liz gave as good as she got and I loved her strength, snark, and slow burn, even with the walls she put up to keep him out. &quot;Yet even knowing what a bad idea pursuing her was, he couldn&#039;t help how her sinful smile rolled through his veins like honey.&quot; With a host of lovable side characters that I can&#039;t wait to meet again, this rag-tag bunch swept through my heart and settled right in. A fun, suspenseful, entertaining read that I couldn&#039;t put down. A sweetly mastered HEA that you had to work for after white knuckling my kindle for a few chapters. Absolutely a Rocker PNR Romance that everyone needs!! I thank the Author for providing a copy to review!! &quot;Even if half the time they flirted the other half turned into a fight. The woman would either spell his salvation or his demise.&quot; ~~~Erika, Book Haven Book Blog