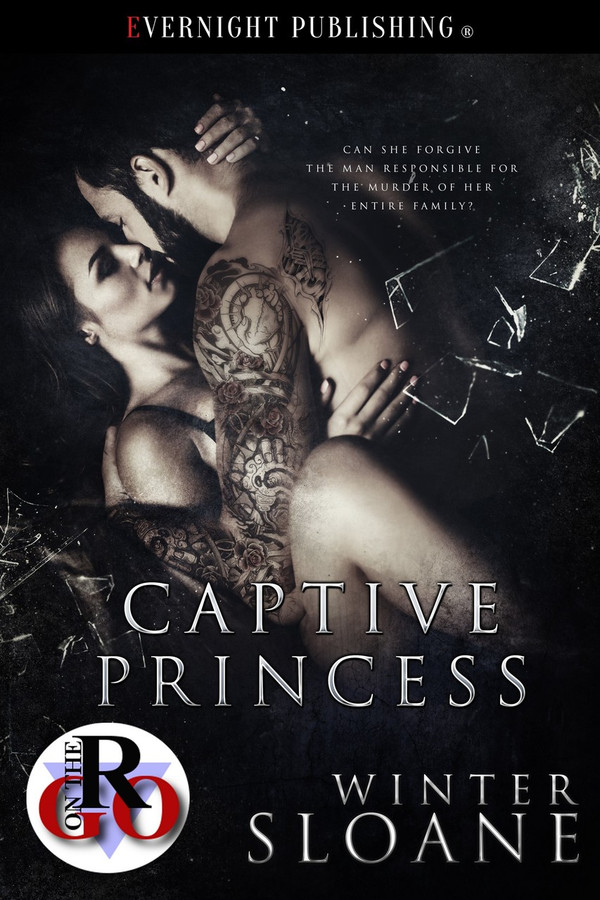 Can she forgive the man responsible for the murder of her entire family?

Eve Valentin knows she’s no man's first choice. Chubby and plain, her only saving grace is the Valentin crime family name, but Eve soon learns that being a mafia princess is dangerous. Eve’s always known she’s flawed, that its wrong to love a killer without a conscience, But she’s also certain that Vadim will never let her go.

Some say certain sins can’t be forgiven. Vadim Solonik knows that better than anyone. He’s put far too many men in the ground to seek redemption but there’s only one prize he’s always coveted. Ever since Eve Valentin walked into his life, he’s become a man obsessed. Vadim will pretend to be her enemy, to be the bastard everyone says he is, but in the end, she’ll be his in every way.

He sat behind her, legs spread on either side of hers, so the curve of her ass and her back pressed up against his front.

Vadim decided he liked this position a lot.

“This is wrong,” she whispered, twisting to look at him.

“Me, wanting you after everything that happened.”

“Nothing wrong with that.”

She rose shakily to her feet. Vadim killed the urge to yank her back down, but she surprised him by straddling his lap instead, locking her fingers behind the nape of his neck.

“What are you doing?” he asked, amusement in his voice, but his cock formed a bulge in his jeans, seeking relief. What better way than to sheathe himself in the tight heat of her cunt?

“Princess,” he managed to grit out. “If you keep doing that, I’ll lose control. I’m only a man after all.”

She pressed one hand over his chest but closed his fingers over hers. “It felt good,” she admitted. “When you took my lips, kissed me hard enough to let me know you wanted to do wicked things to my body.”

“Would you want that?” he asked, brushing his mouth over hers, but not quite touching.

“I’m scared if I give in, I won’t be the same.” She looked at her, big blue eyes not as naive as the first time they met, but in some ways, still heartbreakingly innocent. “You’re my first, you know.”

That knowledge filled him with smugness, that he’d be her first and the last, because Vadim didn’t share his most cherished possessions.

“You ruined me when we danced all those years ago. Oh, you didn’t need to do much. That quick kiss we shared was enough.”

“Good. Does that frighten you? That I’m glad I have that effect on you?”

Vadim didn't deny it. He could have waited a little longer for the two of them to have this discussion, but now was fine, too.

“You’re not a sheltered princess anymore, Eve. What will you do next?”

She bit on her bottom lip, one he wanted to nip at. He slipped his hands past her waist, under her shirt to grip the curves that maddened him, obsessed him. Vadim wanted her under him, at his mercy, begging him for release.

“If I’m not Charles Valentin’s daughter, who am I? What have I left?”

Winter Sloan takes readers on a whirlwind adventure into the darkness of the criminal underworld. Eve Valentin was so easy to relate to. As an overweight teen I knew exactly how she was feeling and how invisible she felt. I knew her pain. And I also knew how it can stay with you as an adult. Vadim Solonik may be a killer but as we are introduced to him he is an abrupt but sensitive man who rescues a lonely girl from a night of misery. He won my heart then and there. He was so unbelievably sensitive towards her and yet he remained the hard man he was at his core. I enjoyed the gritty adventure and the amazing chemistry. The fact that this duo had a history made the story and their connection flow so much quicker. I wasn’t expecting so much tender emotion in a criminal story but I’m so happy there was. If you like your heroes with a strong, rough streak but an undeniable soft spot for the woman he loves, and a heroine who has an abundance of curves, this is a perfect choice. The Story: Eve has never felt as if she fit into the notorious Valentin crime family, she’s chubby and plain and has always felt invisible except for the one time when Vadim rescues her from the shadows. And now years later he has rescued her again but can she trust the hired killer or is it just her silly teenage fantasy?