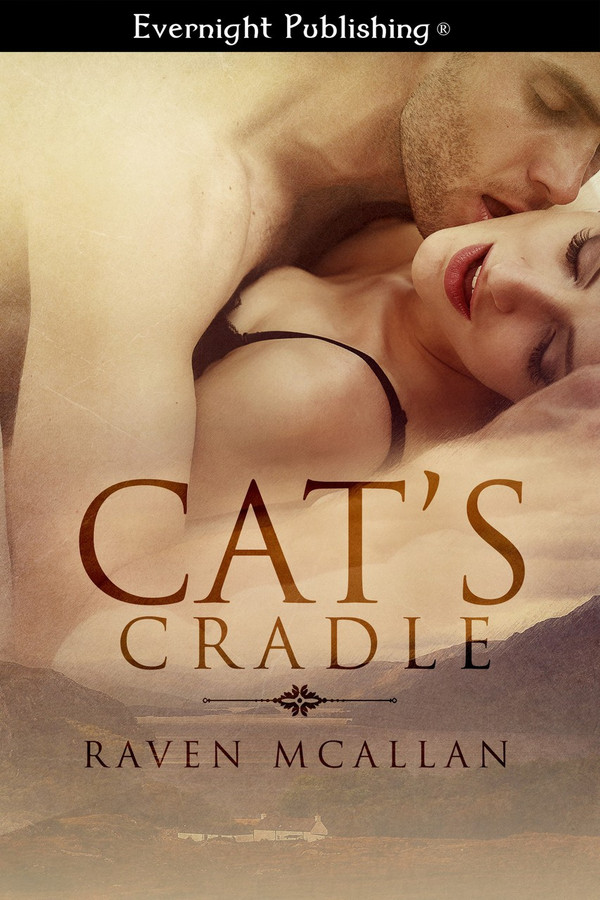 Cat McLean grew up with a strange family saying about a portal to the past, and when she returns for a visit to her Scottish ancestral home, strange takes on an entirely new meaning.  She might feel an instant connection to the drop dead gorgeous Scot she encounters, but you’d think she’d remember sleeping with him.

Angus has waited for his one true love for nine long years. He is not about to let her go again, even if she has picked up some odd customs in her absence.  Time travel is impossible...right? Then again, true love conquers all, or so they say.

The sting she got as she rested her hand on the gate sent a strong ripple of awareness through her. Cat lifted her hand and looked closely. There was no mark on her skin, so evidently the barrier wasn’t electrified. Nevertheless, after the debacle of the car, Cat decided she’d take nothing at face value. She checked all over before touching it again. The tingle came once more.

For some reason an old story of her gran’s slipped into her mid. “The sting of the portal is only felt by those who need to go through. Treat it as a gift and use it wisely. Embrace what you see, and decide what is right. The past is ours to accept or deny. You, my love, will need to do more than most.” Gran had been very specific in her stories, and had done her best to explain their heritage to a solemn young girl. Even now, when she couldn’t by the wildest stretch of the imagination be called solemn, or even that young, Cat found some of Gran’s proclamations to be a bit the magic mushroom side of weird. Reincarnation, for goodness’ sake. Just because she looked a bit like the woman in an old picture Gran had, and Cat was supposed to be descended from her... Well, looks went through the family, but being that person again?

Cat opened the gate and walked through. It clanged shut behind her. Like a prison door?

She shook her head at the vague words and thoughts that drifted in and out of her mind. The soft sounds of a crying baby, and a sibilant Scottish voice whispering, “Ah my lovvie, let’s take ye tae yer maw,” made her jump and jerk, and she splattered raindrops all around.

For heaven’s sake, get a grip.

It was this country getting to her. All the gentle mists and rain like the waterfalls back home was enough to make anyone start wondering ‘what if’.

What the? A face appeared before her. The body it belonged to was one any woman would be happy dreaming about. Tall, black hair, dark blue eyes and... naked? I’m dreaming naked men and I’m awake? Shit, I thought all those films about visions and things were made for the masses and cinema stuff. So not real.

“Ah, Cairsti Catriona, are you not recognizing me then?”

The apparition touched her face. Cat stared as she felt his soft touch on her cheek. How did the apparition know her name?

“Next you’ll be saying I’m no real. Ach well, you’ll learn. So, why’re you takin’ a walk doon the lane? Surely a lassie needs to be inside in thon weather? An tell me what’s thon thing ahind ye? Fair scary enough to set the beasts afeart.”

Asshole, does he not realize how false that sounds? Naw, thon, afeart. For fuck’s sake he needs to get a life...hold on? The track was empty.

I enjoyed Cat&#039;s and Angus story. Love the idea of the story and the portal transferring them to another time.

Cairsti Catriona &quot;Cat&quot; McLean finds a love that transcends time. What will she get in Scotland? Angus MacDonald has patiently waited for Cairsti Catriona to return. Read to find out what he gets in the pages of this book. Did he get the right one? This quick read rocks! You&#039;ll just have to read, enjoy and relax with this book. Let the story take you away. This is an entertaining, quick, hot read, wrapped up nicely. Readers are in for time travel and finding true love. Both are great themes. Reader will be looking forward to the HEA. This is a Top Pick 4.5 star read.

I love time travel stories and this one was perfect. Cat goes back in time to Angus, who has been waiting for her for years!!! This story was short, sweet and sexy and I loved it! I loved the &quot;hippie granny&quot; Great story Raven!!!!!