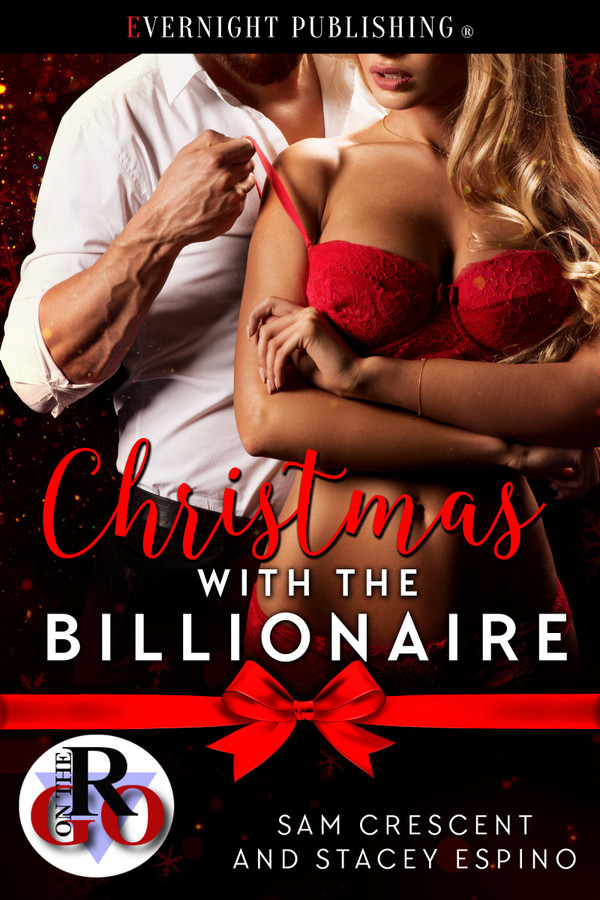 It's the most wonderful time of the year ... or is it?

Alora Harris is working her way up at Nelson Industries. Everything is going her way—her client list is growing and Christmas is just around the corner. Her best-laid plans end at the holiday office party. Too much alcohol mixed with a lot of pent up attraction leads to a night she'll live to regret.

Adam Nelson doesn't do relationships. Family is a word that makes him cringe. But he's had his eye on Alora for some time. After one night of lust, he wants more. He wants to claim the curvy blonde for himself, but can he be everything she deserves?

With Christmas just around the corner, Alora and Adam will have to decide what's most important. Will they take a chance on love or spend the holidays alone again?

The Christmas music piped into the sound system of the entire building no longer soothed her. Those happy, festive tunes seemed to mock her, reminding her what a little slut she’d been last week. It was hard to concentrate on work. Hard to make eye contact with her coworkers. And next to impossible to avoid Adam.

Every time she spotted him, she escaped to the bathroom or another floor for supplies. She couldn’t deal with her mistake or face her boss. Maybe she’d be able to avoid him forever. She sighed as she leafed through her sample book, unable to focus or get into the creative zone.

Damn it, Christmas was always her favorite time of year. It made her happy, which wasn’t always an easy task. Now, even the holidays soured her mood.

Someone came up behind her, and she let out a little squeal. She’d been so lost in thought that she hadn’t even heard him. “Registered letter. Please sign here.”

Alora spun around in the chair and signed the clipboard before taking the letter. She turned to face her desk and opened the letter. It was from … Adam Nelson? Really?

He was holding her to her verbal contract to make a painting for his condo. She growled and crumpled the letter in her fist. Alora stood up, feeling emboldened. He wasn’t going to get away with this. She rushed to the elevators and hit the penthouse suite. It seemed Adam had to have the best at work and at home.

Once she was on the top floor, she marched right over to the reception desk. Even his secretary was a freaking model. “I’d like to see Mr. Nelson, please.”

Only seconds later, she was being escorted to his office. The secretary opened the door and closed it immediately behind her.

The back of his chair was to her as he faced the stunning view of the city and water. His office was massive. “You’re a hard woman to get a hold of, Miss Harris.”

He swiveled around to face her. Damn, he looked gorgeous in his starched white suit shirt, the top buttons undone. She noted his tie on the desk.

“Or you’ve been avoiding me.”

“Look, why did you send that letter? You can’t actually expect me to follow through on the painting after … you know.”

“A deal’s a deal. We had a verbal agreement. In fact, you were the one to offer, if I remember correctly.”

She sighed. Yes, she’d been lost in the moment, feeling a soul-deep connection because of their shared backgrounds. Now she regretted those words.

“You’re being an asshole about this.”

Adam got up from his chair and walked around the desk toward her. He was so much taller than her, and it didn’t help she knew exactly what he looked like under those clothes. The man was an Adonis, hard and ripped.

As he approached her, she took a step back.

“Do you know what I think, Alora? I think you’re so fixated on your fantasy of Christmas, your imaginary ideal of family, that you’re afraid to really live.”

She froze. Feeling exposed and vulnerable.

“You don’t know what you’re talking about.”

“If anyone knows, it’s me. You’re so scared of being disappointed that you avoid real relationships.”

“How can you judge me when you’re no different?”

He reached out and grabbed the lapel of her jacket, tugging her closer. “Because that road leads nowhere. I didn’t give a shit until I met you. Now I want it all,” he said. “Shouldn’t we be allowed to have happiness? Haven’t we already suffered enough?”

He ran the backs of his fingers along her cheek. The way he looked at her, with such adoration in his eyes, warmed her from the inside out. He made her feel wanted, and he was right, it terrified her. Because she didn’t want to lose it.

She shook her head, her heart and head racing. “You’re my boss.”

He frowned. “Another excuse. You’ll always have an excuse, won’t you?”

Adam pulled away, and she regretted her words. It was an excuse. They were attracted to each other, had a lot in common, and he wanted to make it work. What more did she want? Was she going to sabotage every relationship for the rest of her life?

“You’re a billionaire. You could have any woman you want. Why settle for me? Do you have a self-esteem issue?”

He scoffed. “I know exactly what I bring to the table, Alora. I have nothing to be insecure about. You, on the other hand, need to stop trash talking yourself. I’m not sure what you see when you look in the mirror, but I see the sexiest fucking woman I’ve ever met. For God’s sake, you’re a blonde bombshell with curves that make my cock hard in two seconds. You’re the whole package—beauty and brains. Why can’t you see that?”

“Maybe I just need a little reassurance,” she whispered. “I keep expecting the worst to happen, so I like to calm down all my doubts before I commit.”

“You need to trust a little. Trust me.”

What a great short read!! I just absolutely loved it from beginning to end!! A definite must read!! Happy Reading!!! :)

What a great story! Alora and Adam are both foster kids, have loneliness in their lives and a strong drive to succeed. When they connect at the Employee Christmas party, their lives forever change. You MUST read this story! LOVED IT!

I do like good Christmas stories and this one does not disappoint. You get a little sad, a little mad, and a sexy christmas.

Sweet hot sexy .. Loved every word of this book... They were both unwanted and found each other ...they got and deserved their HEA

This is a pretty quick holiday read. Love the boss/employee trope. Adam came off as swoony goodness. Alora was sweet. They both had a lot of baggage but the kind the other could understand. fun holiday read