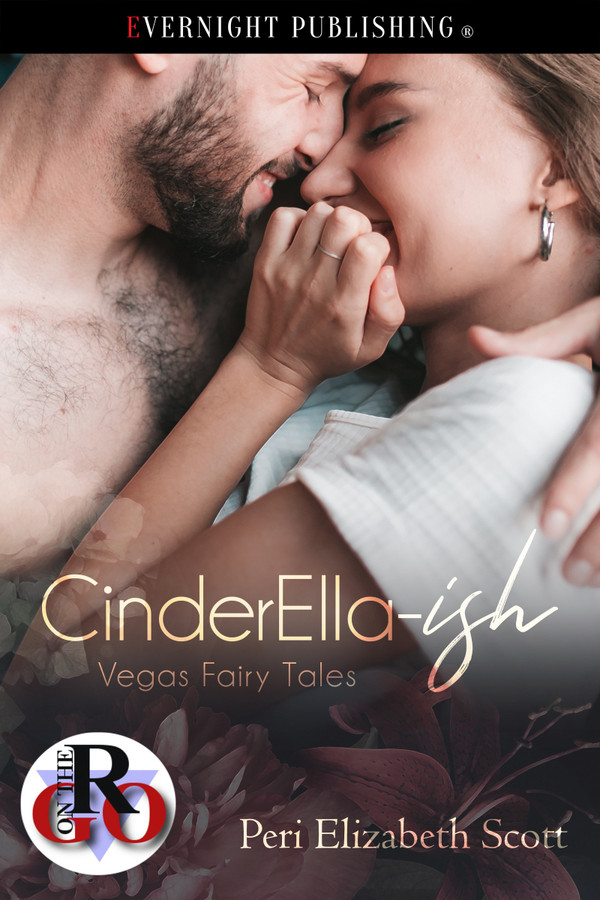 It’s Vegas, but what are the odds that a one-night stand is your soulmate?

When Ella wakes up alone the morning after an amazing—and intimate—night with Rhys, her heart refuses to accept that he used her.

When Rhys returns to their room to find Ella gone, and all he has left of her is a slipper, his heart can’t believe their time together didn’t mean as much to her.

Indeed, they were the victims of a simple misunderstanding.

They both grapple with the loss and turn to work to cope, hiding behind pride. Rhys then decides to seek Ella out but can’t trace her, not that he’s giving up. Ella gathers the courage to contact Rhys—and tell him they made a baby together.

Briefly awkward, their reunion quickly supports what their hearts already know: they’re soulmates and meant to be together.

Rhys knocked quietly and then pressed his ear to the door. Hearing nothing, he swiped the card he’d found on Ella’s purse and let himself into the room.

The cardboard tray holding two large coffees tipped precariously to one side, and the bag with the famous waffles slipped from under his arm. Cursing, he managed not to drop his prizes. Ella had mentioned wishing she’d made it to the restaurant for a sample of those specialties, and, waking early, as usual, he’d slipped out to treat her.

He couldn’t recall the last time he’d done something like that for a woman and winced. Could be he took women for granted because while he wouldn’t think they were easy, he was never short of female company. Trouble was, he wasn’t certain if it was him they wanted or his bank account. There had been several of that type, certain that sleeping with him meant expensive gifts lavished on them constantly. And the one who faked a pregnancy to coerce him into marriage—he couldn’t forget that tumultuous time.

But this girl didn’t know him or about his money. And had gotten under his skin during an evening—and most of the night—so that he found he wanted to spend quality time with her, to please her. Not just in bed. His mind had already been turning over ways to convince her to stay in Vegas longer while they explored this thing growing between them.

Hell, it felt full-grown, taking up residence in a place that usually housed his heart.

There was no slight form huddled under the linens on the bed as he walked quietly to set his burdens on the desk. Probably in the shower. His cock stirred. The shower had been the scene of some great sex, and he could join her again.

Her breasts were the perfect size for his hands and tasted so sweet. He’d learned what she liked, and his mouth watered to do it again. And her mouth… The way her lips had closed over his cock, coaxing him to release when he’d already— He palmed himself now, dragging in a breath at the memory.

He hurriedly shrugged out of his suit jacket and then fit it over the back of the chair, idly wondering where his tie had gone. He normally went more casual but had attended a business meeting prior to going to the rowdy bar where he met Ella and her friends.

Unzipping his pants, he headed to the bathroom and came to an abrupt stop. The door was cracked open, with no sound of the shower, and he couldn’t see Ella nor her toiletry stuff. His gut clenched, and he spun to survey the room.

Nothing of hers was in sight, and a quick check of the closet confirmed his rising fear. Maybe it hadn’t meant as much to her. Maybe nothing more than the one-night stand they’d agreed to…

All the same, he pulled out his cell and then realized they hadn’t exchanged numbers. And what did he expect to hear if he reached her? That she’d rushed off in an emergency? Her flight wasn’t until early evening, and they’d discussed plans for today. He’d thought…

He stirred his disappointment into annoyance and told himself his dick had interfered with his judgment. Put this experience in his live-and-learn pile and move on. Forget the personal thoughts and feelings they’d exchanged. Quit thinking like a girl. Feelings! For God’s sake. Good thing it was just a one-night stand.

All the intimacy—not all of it physical—must have been one-sided, and it was like a physical blow to believe that.

Grabbing his jacket, he turned for the door and then kicked a small object as he passed the bed. It skittered to a stop, and he leaned to pick it up. It was a soft, pink shoe, a slipper, obviously left behind in Ella’s rapid clearing of the room. She ran away. Why?

Discarding his thought, feeling absurd, Rhys clenched the thing in his fist anyway. He took it with him as he left, as miserable as he’d ever been and with no real reason for it. At least not one he cared to acknowledge.