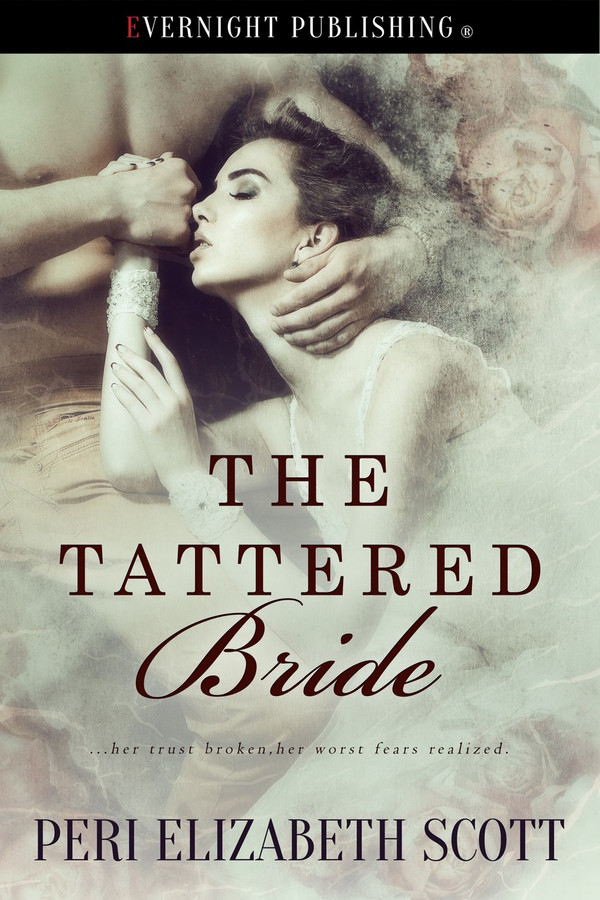 Victoria Sparrow's childhood traumas are deep-seated. Her father still rejects her as not being worthy, and her romantic relationships flounder as a result—until Logan Doherty. He gives her reason to believe in goodness and true love, and she commits her heart and soul to him.

No longer prey to her damaged, young self, Victoria eagerly looks forward to their upcoming marriage—until she meets Logan at the altar. He informs her the wedding is off before their assembled friends and family, and will not tell her why.

Cast back into the nightmare of rejection, a devastated Victoria undertakes the momentous task of putting her life back together, her trust broken, her worst fears realized.

Meanwhile, Logan is working equally hard to deal with the secretive events that led to that cruel rejection, and then he plans to make it up to his tattered bride...if she will forgive him.

The world narrowed to him and her, and a little slice of churning emotions she couldn’t decipher. “You’re calling off the wedding. Our wedding. Now.” Just in case she hadn’t heard him correctly. This had the makings of a horrible, sick joke…

Shoving a hand through his hair, he obviously struggled to meet her stare. His tawny eyes were turbulent. “I am. I … just decided. It’s—”

“What?” Victoria tumbled to it, falling into the abyss of her history. Deep down, she knew why. Too bad he’d only just decided. Now. At this inopportune time. All her issues and stupid insecurities washed over her from wherever they’d been banished to, banished by Logan’s resolute pursuit and sincere belief in her. He’d addressed her fears, made her whole—and now? Now her tender underbelly was exposed—without a shred of armor—for the deathblow. The sublime lovemaking of a mere few hours earlier faded in the face of it.

“I—” Real pain and misery now seemed to burn in his eyes, and despite her terrified anticipation, she wanted to soothe him. Through set lips, he continued, “I don’t have the words to tell you why Victoria. I’m sorry. But the wedding is off.”

Still, she waited, believing he would somehow embellish, give her an explanation that wouldn’t make this about her, but he stood there mutely, now staring someplace over her shoulder. She checked out the direction of that gaze—maybe there was an answer there, but she saw only a watercolor of a pastoral scene. Please.

She let her pride crumble and begged. “Logan. This doesn’t make any sense. We… Only this morning…”

He shook his head and straightened to his full height. “It’s off.”

Deep inside there was an utter certainty that it did indeed make sense. He’d figured her out. Seen to the core of her the way others had. In despair, she gave up the fight to believe in him and their love in response to his firm declaration. The Victoria of her childhood emerged, in blind response, lashing out to hide from the truth.

“Was it the thrill of the chase? And then when you caught me, you became afraid you were settling? That there’s something better around the corner?”

She didn’t want to wait for a response. She had to leave. Now. What would get her past the sideways looks and the knowing stares? The church was full of family and friends—and others who had probably predicted this very moment…

“Victoria. You need to calm down. It’s not like that.”

“Calm. Down?” She was aware her voice was climbing as she talked over him, and the small room, the one where she and Logan would have been closeted to sign the papers finalizing their marriage, wasn’t soundproof. She modulated her tone the very best she could, humiliation and pain squeezing her very being. “What is it like, then, exactly?”

Dropping her beautiful bouquet of red roses, entwined with baby’s breath and white, embossed ribbon on the desk, the air currents disturbed the uncompleted marriage papers. They fluttered, mocking her. She stared up at the face of the man she loved. And faced the realization that she indeed still loved him. That part, at least, hadn’t changed despite the mortification of being dumped at the freaking altar. Love. She thought it was love. Too bad it wasn’t real.

“And I’m supposed to take that and be calm!”

“Yes, calm down.” His face was set in grim determination, his eyes hot. “We’ll … we’ll get through this.”

She narrowed her eyes and leaned into him. What couldn’t she be one of those classy women who took this kind of thing in stride and walked away without making a scene? Maybe she could be. Drawing on a reserve of strength she wasn’t aware she possessed, she said, “I’m calm. Dead calm. So shut up now. I never want to hear your voice again, let alone set eyes on you.”

Squaring her shoulders, she closed off his next attempt to speak. She avoided his outstretched hand and ignored the sudden abject despair written across his handsome features. Was he embarrassed? If he didn’t want a scene, why in hell had he chosen this public place to dump her? Flinging the door open to the main part of the church, she surveyed the people filling the pews. Those congregated there stilled into silence, with only an occasional murmur marring the quiet. Dozens of pairs of eyes looked in their direction. Victoria stepped forward. Classy. She could do this.

The Tattered Bride, a short attention-grabbing and attention-keeping story, has the heart racing at breakneck speed in the prologue: then has it breaking in chapter One. Victoria Sparrow had her self-worth shattered to smithereens by her father’s action and words years ago and has never recovered, not even with therapy, ofwith the love of her family and friends. Not even a successful career has filled the void inside her. She’d built a tall, strong wall around her heart for protection, but Logan Doherty found a way in. She loved him with a forever love, but an outside force creates a wreck of it all. Logan Doherty worships her, but for the greater good, he betrays her trust and breaks his heart as well as hers. Determined to set things right, he puts a plan in motion to defeat the antagonist who caused the misery. However, Victoria shuts him out completely and seeks solace in her work. Both are miserable and hurting. The secondary characters are in and out of the story in short spurts, but are people who give love and support, yet are unable to fix Victoria’s inner problem regardless of how much they want to help her realize how worthy she is of love. Peri Elizabeth Scott does an amazing job of pulling the reader into Victoria’s inner conflict. She also writes love scenes that heat up the pages and keeps tension high enough to make this short read a real page-turner.

Most people know what it&#039;s like to be dumped, but to have it happen at the altar on what&#039;s supposed to be the happiest day of a woman&#039;s life? Ouch! Peri does a good job of getting the nitty gritty emotions of the bride&#039;s anger and hurt onto the page and showing Victoria as a strong woman who takes charge of her life despite what happened. Peri also did a nice job with the resolution between the characters which made the heartwarming part believable. I loved the gift at the end. If you&#039;re looking for a sweet, intense story that will take you on an emotional journey, consider giving Ms. Scott&#039;s book a read. ***Copy of book provided by the author. This is my honest review.***

The tattered bride is the first book of Peri’s that I have read and I thoroughly enjoyed it! Peri takes her readers on a journey of heartbreak, hurt, acceptance, forgiveness and love. I truly felt for Victoria and what she went through, I have to admit that for most of the book I was angry with Logan and I didn’t want Victoria to forgive him. BUT when the truth came out I softened towards him and was rooting for Victoria and Logan to get their happily ever after. I loved that Victoria had a focus point after what happened and she created the tattered bride, I loved what Logan did for Victoria and the tattered bride at the end. Victoria thinks that she has finally got her happily ever after, having met the man of her dreams and moved on from the pain of what her father did. But when the man of her dreams, Logan, calls off their wedding AFTER she has walked down the isle, Victoria is left heartbroken, confused and back to feeling not good enough once again. Logan loves Victoria with all of his heart, he didn’t want to call the wedding off and lose his woman, but he is stuck between a rock and a hard place – his evil father is blackmailing him! With hundreds of jobs on the line and his family’s livelihood, Logan prays that he can stop his father, get his father banned from the company and win his woman back? But will Victoria give him a second chance when she learns of his reasons for doing what he did? Will Logan win his woman back? Or will it be too late?