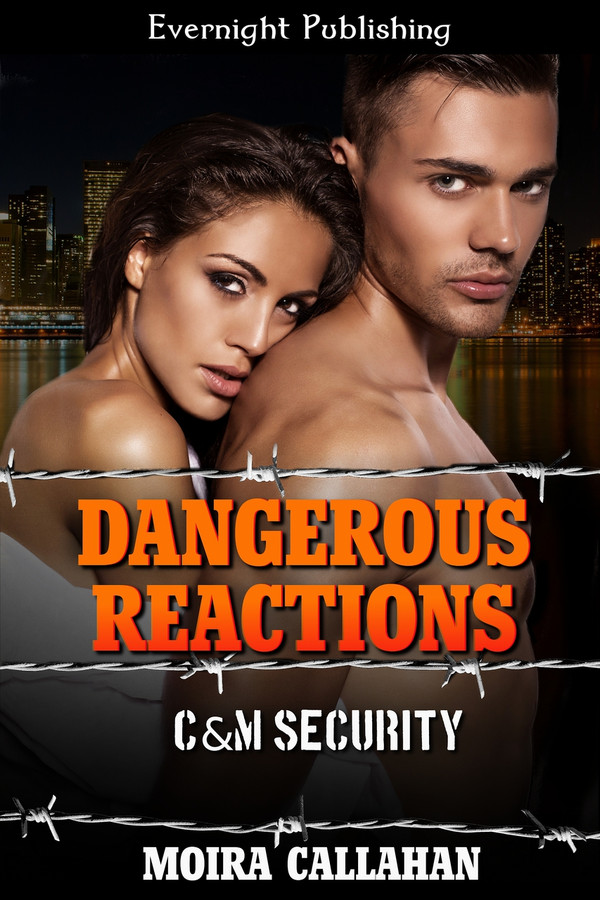 Everything has a beginning.

Grant Sherbrooke has been brought up to believe in honesty, integrity, and working hard for what you want in life. Doing things the right way hasn’t always guaranteed friends, just a rock solid reputation. When the packages begin to arrive there’s only one person he knows to turn to.

Robyn Matthews knows the value of friendship. After serving her country overseas she’s back home with her best friend to get their security agency operational. Not once in all her planning did she account for the fact she might be sideswiped by a man like Grant. And there is no way she’s letting anyone tear what they have growing to pieces.

Then in one singular moment the life Robyn’s already imagined in her mind is forever shattered. Time is not on their side as they prepare to fight a crazed man’s dangerous reactions before it’s too late.

“Oh hell, not a good idea, Grant,” she said. In the next moment as his tongue swiped between her folds she let her head fall back, her eyes dropping closed. “Good idea, really good idea.”

Taking hold of his hair, she rocked forward slightly when his lips captured her clit. Her next breath slipped out with a hiss of sound when he used his teeth. The addition of his fingers into her sheath nearly had her shooting off the bed. If not for the fact her fingers were still tangled in his hair she probably would have.

“Grant!” Oh hell, she was close. So fucking close. Whimpering, she rocked against him, her body greedily trying to hold on to those fingers he kept pulling free. “More, need more.” Robyn was panting hard.

Then she was tumbling until her back hit the bed. While his fingers still delved deep into her pussy, his mouth was moving up her torso. Adjusting her hold on his hair, Robyn gripped more and tugged lightly. He was at her breasts, his tongue stroking over her flesh, and his teeth nipping at her nipples.

She gave a harder yank on his hair. “Grant. Kiss.” She was limited to single words, apparently. But she could work with that.

Especially when the man listened to her. His lips pressed against hers, and she tasted herself on his tongue. He let out a growl that had her melting more into the kiss. She loved the feral little sounds he made from time to time.

Reaching down, she cupped his cock in her hand and gave it a squeeze. He’d slipped the condom on at some point. A good thing because she needed him inside of her. Yesterday.

He shifted his weight and slipped his fingers free from her body. Lifting his head up, he stared down at her with an intensity that sent a shiver of anticipation through her body. Robyn knew in that moment she was his sole focus, as he was hers.

A whimper escaped when he pressed his cock to her pussy. Grabbing hold of his hip she tugged, trying to get him to move, to slide deeper. It wasn’t all that effective, and he pressed in slowly. A strangled sound broke free when he settled into her fully. Finally.

Robyn was panting hard as she threw a leg over his hip, dug her heel into his ass, and pulled his head close enough to nip at his lower lip. “Move,” she demanded.

Another low growl came from his chest, and he began to move. Grabbing hold of him, digging her nails into his back, she held on. The only thing she could do in that moment. He was thrusting into her hard enough she was skidding across the bed a little each time they came together. Dropping a hand to his ass, she used the grip to pull herself in closer to him.

This was my first Moira Callahan book, and it will not be the last. I had a great time reading &quot;Dangerous Reactions&quot;. The main characters were strong and well written. The background ones were, as well. The dialogue was smart, and there was plenty of humor. Robyn and Grant had great chemistry, and they were very sexy together. The love story was believable, and Grant was very noble by not pressing for sex while they were getting to know each other, and they both wanted to be sure that this relationship was what they both were looking for. Also, I really liked that this wasn&#039;t a typical damsel in distress story. It&#039;s the reverse. Grant is the one being stalked and threatened, and Robyn plays the role of protector, and it was great! The mystery was well plotted out and kept me guessing until the big reveal, and it ended in a very satisfying way. Last but not least, Robyn and Grant have some really smoking sex, BUT it&#039;s very romantic, and just like all of their other interactions, there is humor. They are comfortable enough with one another, so they can relax and laugh. That is a sign of a true love story. I highly recommend this one!

WOW!!!!! I can&#039;t believe it, this book is awesome!!!! Robyn and Shawn are getting out of the service and starting their own business. Grant is one of the owners in a family Contruction business, who was hired to do renovations on a ware house the Shawn and Robyn bought for their security firm. Grant and Robyn hit it off and take things slow with the relationship. After dating Robyn for awhile, Grant finds out he has a stalker. He starts relieving letters that he takes to the police after the third one has blood on it. Robyn can read Grant like a book and he finally tells her what is happening. Everyone will love what happens next!! The book is full of romance and thrills. Would encourage everyone to read it!!!