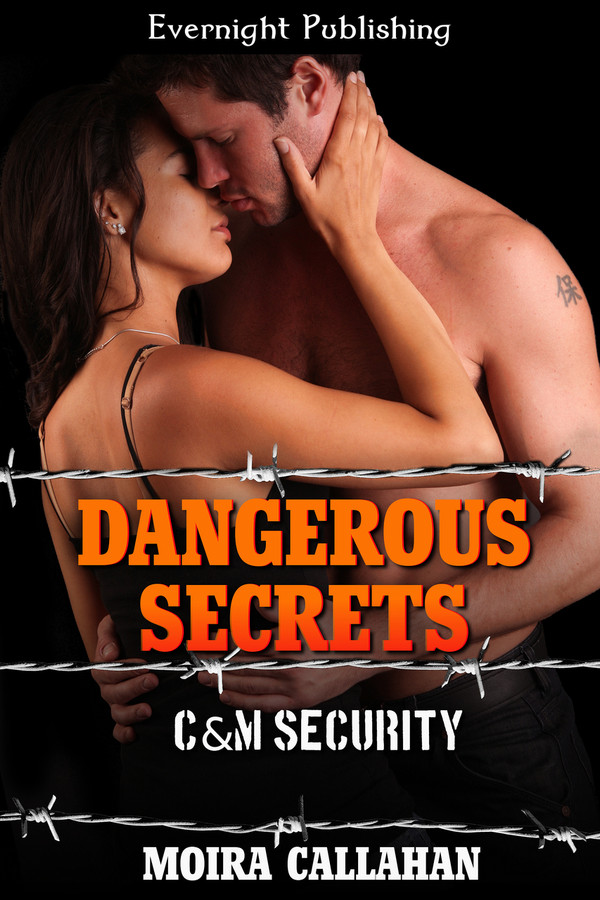 After a harrowing attack she barely survived, Mallory Thompson knows she needs help. The police can only do so much without a description of her attacker. On the advice of a detective she turns to C&M Security in the hopes of getting some protection while the police hunt for the man who shot her.

Trent McDonald, ex-Marine and bodyguard at C&M Security, can’t believe the case his boss hands him. Rather, he can’t believe the woman he’s being asked to protect. Mallory is stunning, amazing, and he knows the instant he sees her picture he’ll do whatever it takes to keep her safe.

What neither of them expected was just who was behind the attack on her. In this game of life, or death, everyone seems to have dangerous secrets.

The pressure on Mallory Thompson’s scalp preceded the water sluicing away from her head and face. Sucking a breath into her burning lungs, she kicked harder. She had to stay above the water. She couldn’t let him push her down again. She didn’t think he’d let her up if he did.

“Where. Is. The. Drive?” The man, whose hand was tangled in her hair, pushed her into the lake again and then hauled her back up.

She didn’t know who he was, and she definitely didn’t know what the fuck he was talking about. But she couldn’t say that again, not with her body desperately trying to suck in air. Spots danced before her eyes. Even if her vision hadn’t been impaired, she’d never be able to identify him.

There was a lantern behind him, so his face was in shadow. He had on a hoodie and a cap but that’s about all she knew for sure. His hands were covered in leather gloves and he wore work boots.

The boots she knew about from the six kicks he’d delivered to her ribs, stomach and the one to her jaw before he’d dumped her into the lake.

His hand tightened in her hair and she reached up with a heavy arm to try and grab his wrist. Anything to take some of the pressure off her poor, screaming scalp. Then he shook her.

Mallory couldn’t hold in the whimper of pain, it was too much. She was in absolute agony, she was wet, she was cold, she was being dunked repeatedly to the point where she nearly drowned and now he was doing this?

“I don’t know what you are talking about,” she managed to get through her chattering teeth.

“Bullshit. I saw them give it to you. Where the fuck is the fucking drive, bitch?” he screamed at her, shaking her again.

Whimpering in pain, Mallory clawed at his arm. Her subconscious mind knew what her conscious mind was just cluing into. He was going to kill her if she didn’t get away from him. “I don’t know what you’re talking about. No one gave me anything, you asshole.”

Okay, calling the guy holding her life in his hands an asshole? Probably not her brightest move.

The slap she got to her face told her that. But luck was finally on her side and she caught skin with her nails and dug in hard, scraping at his arm, wrist, or hand, whatever it was. He let go with a yelp.

Kicking her legs hard, she swam away from the dock and deeper into the lake and the darkness.

“You fucking bitch!” he screamed.

Which was closely followed up by a sound that any TV or movie watcher knew. The slide snapping into place on a gun.

Trying to swim harder and faster, Mallory knew she wasn’t gaining a lot of ground. She wasn’t a great swimmer on the best of days. But she kept going as best she could.

When she heard the first shot, she screamed and flinched automatically. The missed strokes sent her under the water and she came up sputtering. There was a curse from the shoreline, harsh and angry sounding. She didn’t know where the shot had gone, but she had no new aches and pains so she wasn’t fucking complaining.

There was another shot. It didn’t miss. She felt the burn through her shoulder and the wind was knocked out of her. She couldn’t keep swimming, it was too hard, too exhausting.

Can you imagine walking home from work and not only being attacked but shot and drowned over and over? This is what chef Mallory has to deal with because people are under the assumption that she has a flash drive they want back. In order to keep her safe the police send her to a protection agency where she&#039;s assigned Trent to not only be her bodyguard but to play the part of the concerned boyfriend. Dangerous Secrets has a well thought out plot and you didn&#039;t know who is involved until the very end. The surprise was just that, a surprise and a shocking one too. There was no information until everything gets wrapped up. The fact that Mallory and Trent hit it off and stayed together after the case was well deserved on both their parts.

After having read the first book in Moira Callahan’s C&amp;M Security series, I was excited to read the second book. I am so glad that I did because Dangerous Secrets was even better than the first book. Ms. Callahan was able to blend the perfect amount of romance and suspense to create an intriguing read that I finished in one sitting. Mallory Thompson is attacked one night and barely survives. She doesn’t know why she was attacked, but it’s obvious someone is out for her blood, so she hires C&amp;M Security to protect her. Trent McDonald is assigned to her case. The minute Trent sees a picture of Mallory, his protective instincts are triggered. When he moves into her apartment as part of his cover as Mallory’s boyfriend, Trent finds himself falling for this amazing woman. Mallory also feels the connection but the threat to her life is still out there. Is it possible to fall in love in such an extreme situation? Ms. Callahan grabbed my attention from the very first page with the attack on Mallory. I was instantly on the edge of my seat wondering how Mallory was going to escape. Reading about Mallory’s will to live and her fight for escape made me an instant admirer. I love a heroine with a fighting spirit who refuses to give up. Trent was just as admirable. An ex-Marine, he was so sweet to Mallory without detracting from his macho side. I loved the chemistry between the two and found myself smiling often at their interactions. As a couple they just made sense. One of the reasons that I enjoy this series is because of Ms. Callahan’s ability to write romantic suspense that builds and builds the tension until you’re practically biting your nails waiting for the final outcome. Once I began reading, I couldn’t put the book down. Luckily it’s not a very long book or I wouldn’t get anything else accomplished. Despite this attention to the suspense side of the story, Ms. Callahan still delivers a romance that plucks at your heartstrings. It takes a great talent to provide both high quality romance and mystery. If I have one complaint, it is that Ms. Callahan tends to rush the ending of the whodunit part of the story. While I thought she did a better job in this second book, I still needed more attention given to the resolution of why Mallory’s life was threatened. The explanation of who and why made sense, but was so quickly given especially against the nice build up of the thriller. This won’t keep me from reading more of Ms. Callahan’s work. After reading both books in the series, I would definitely count myself as a fan of her writing. Hopefully she has a lot of other characters and stories in mind for this series.

Such an enjoyable read. Moira&#039;s books get better and better with each one. I loved catching up with the previous characters, and the sizzle and burn in the book was palpable.