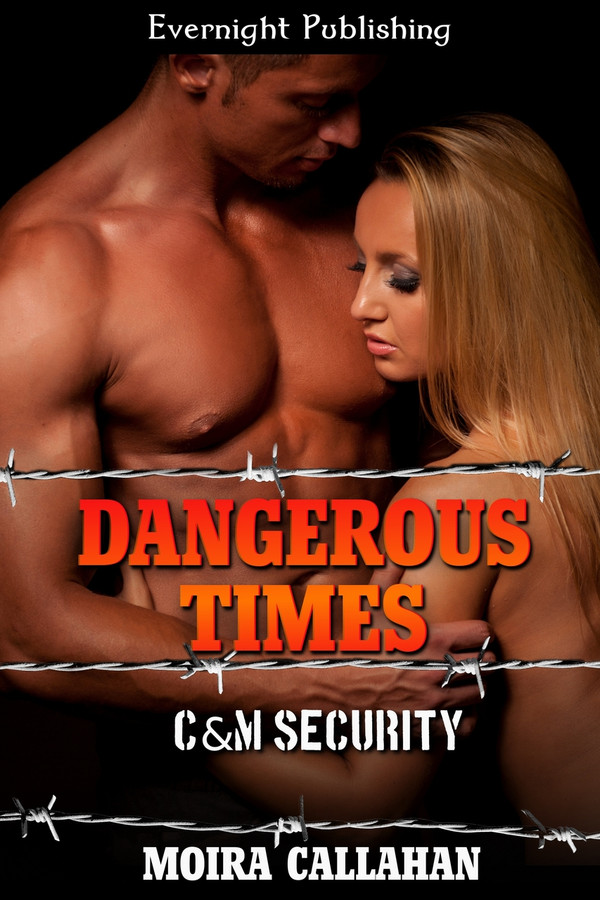 Three years ago Tamara Phillips met a man who, quite possibly, could rock her very world. Then tragedy strikes and Tamara very nearly loses her life. Forced to hide while testifying she knows she has lost the very best thing to ever happen to her. Fate though has other plans for her.

As co-owner of C&M Security, Shawn Camden has a great life, amazing friends, and interesting work. Yet something is missing. He knows just what it is, or rather who it is, but has sworn to himself to not go looking for her—until she walks in his front door.

Tamara’s nightmare is about to come full circle with the release of her ex-boyfriend from jail. Getting some security is the smart thing to do for a woman occasionally in the public eye. The fact that her protector is Shawn makes it all the sweeter.

The sexiest man Tamara had ever met slid his hand down her arm slowly, gooseflesh rising wherever he touched, and then he leaned in closer. He smelled like sandalwood and man, pure sex, and so damned sinful. She was having a hell of a time focusing, especially when he leaned in to brush his lips over her cheek. A shiver worked through her body at the light caress.

“You are so gorgeous,” he whispered. His voice was pitched deep and low, intimate in the romantic setting of the room.

There were easily a hundred or more people in the club with them. But, in that moment, it felt like they were the only two people in the world. The music was low, a deep throb of bass that didn’t help with the same pulsing sensation in her veins.

Curling her fingers around his arms, just above his elbows, she swayed when he brushed his lips lower and then lower still. He drifted down her neck and toward the hollow of her throat. He was trying to kill her. She knew it and didn’t care, because it was the only way to truly die happy.

Well, maybe not happy per se. With a smile on her face, absolutely! Happy…not so much. Not with the crap currently going on in her life.

He genuinely sounded concerned and worried. Which was clearly reflected in his eyes. She couldn’t even remember his name, but she was touched that he picked up on her silent cues after only a couple of hours.

Shaking her head, Tamara lifted a hand to trace a finger down his cheek, the scruff on his jaw abrading her fingertip in the most delicious of ways. “Nothing,” she said quietly. “My mind just decided to drift for a moment and nowhere good.”

He pressed closer to her at her words. She could feel the erection he was sporting digging into her belly. With her mouth going dry, she fought to hold in a whimper. She wanted that big cock inside of her and soon.

“Then you are obviously bored,” he said, easing back a little.

Wait, what? No! She gripped his arms harder and shook her head. “It’s not that,” she said, hoping he could read the sincerity she was trying to throw his way.

“Then, what is it?” he asked. He leaned back into her again. Thank you, God.

“Too much going on. I just can’t get my head to shut down for even a moment,” she admitted.

His arms slid around her body and pulled her tighter to his hard frame. “Can I help with anything?” he asked, sounding one hundred percent sincere.

She could feel tears welling up at his offer and shook her head. Slipping her arms around his neck, she pressed her nose to his throat and inhaled. Tamara so wanted to forget, he could do that, she was sure he could. “No, I don’t know if anyone can, but thank you for offering when you didn’t have to.” Good God, what the fuck was his name?

Dangerous Times is the first book in the C&amp;M Security series by Moira Callahan. I chose this book because this is a new author to me and the summery sounded exciting. Tamara Phillips is a photographer whose life was turned upside down three years ago after meeting the man of her dreams. Tamara almost lost her life to an attack on her by her ex. Tamara is a strong and smart woman to know when to get professional help. Tamara also seems to have a healthy attidue toward her art or work. She is not a woman to have a big ego. Shawn Camden is the co-owner of C&amp;M Security. He meet a woman three years ago, that turned his life upside down and now he can’t find her. Shawn tried to move on but now measures all woman against Tamara. Shawn The connection between Shawn and Tamara is blistering. I liked that after they meet up again they don’t jump back into bed together. The sex scenes were not as graphic as most novels. This book is very well written with a fascinating plot. The main and secondary characters were enthralling and appealing. This book has a well-defined beginning, middle and end in only one hundred and two pages. The ending of the story had a twist that I did not see coming. Overall, this was a great book. I can’t wait to read the next book in the series.

Tamara met the man of her dreams and then had to disappear. An almost deadly attack by an ex forced her to change her name and go into hiding, making it impossible for Shawn to find her. Seems she made an impression on him, too. Three years later they are reunited by Tamara&#039;s bff and fate. I had a few problems with the story line, but the author managed to address those for me before they affected my overall enjoyment of the story. Mainly that Shawn, who co-owns a security company, couldn&#039;t locate Tam. But as I said, the author addressed that. Both Shawn and Tamara were very engaging and I had no difficulty believing they end up in bed together after just meeting. The chemistry was that strong. The story started with a bang and just kept rolling from there. Shawn is an alpha male in protective mode, but who had enough sense to not jump Tamara right away. Tamara is a woman who has been through the wringer but keeps on moving forward. While she isn&#039;t needy and clingy, she does appreciate the comfort and protection that Shawn provides. The story wasn&#039;t as spicy as I would have liked, but when they did get busy it was well-written. While I thought I had things all figured out, the author threw a curve or two that was totally appreciated. I hate a book that is too predictable. All in all a very entertaining read and the start of a new series by a new-to-me author.

I loved everything about this book, it was so so amazing to read ! I would recommend it to anyone who loves romance novels.

I loved this book. What a terrific setting and characters. With these type of men for a security force, I would totally hire them!