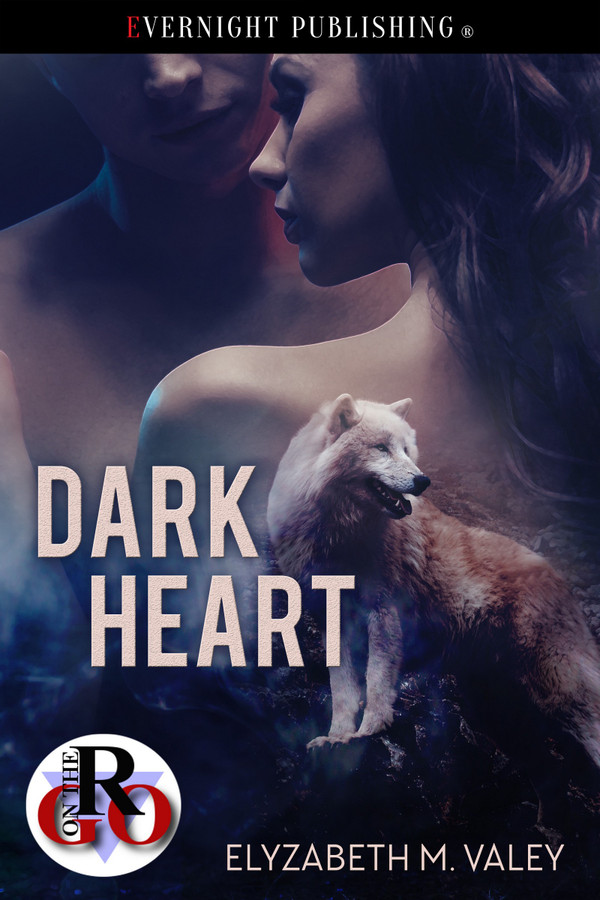 The world is changing...

Ten years ago, Daryl Jones lost his pack to a group of demon vampires. Since then, he not only lost his will to battle for good, but his life has become a spiral of drinking, fighting and fucking anything in sight. In his opinion, a pretty perfect existence. Until he meets the new SOA representative sent to convince him to go back to the lab. With mile long legs, a tight little ass, and a smile to kill for, when she offers him a bargain—how can he possibly refuse?

Silvia Adams, has one mission: convince Daryl Jones to work for SOA again. The agency needs him to get back into the lab and help develop a serum to neutralize the growing number of vampires. She knew it wouldn’t be an easy task, but with her job on the line, she’ll do anything it takes—including bargaining with the shifter and surrendering to her deepest desires. Only problem is, she might have bartered for more than she can handle.

This story was previously published in an Evernight anthology.

“You say you’re in favor of those like me, but you’re whispering the word as if it were a damn disease. Do you think I don’t know what’s happening at SOA, sweetheart?” He leaned closer to her. “SOA wants to help by actively looking for a cure to shifting. They pretend to be separate from the government, but in truth, there are alliances in place. You both want to get rid of shifters and any other monsters, as you call them. We are a threat to the balance of the world.” Daryl laughed humorlessly. “Did your people really think I didn’t know?” He shook his head. “Before I got kicked out to the curb, they thought they could buy me by offering me the job as head investigator. I spit at their face.” He growled. His silver eyes seemed to flash yellow in the light of the bar.

Silvia stared as Daryl grinned and inched closer to her. The edge of the bar dug into her back as she tried to get away from him.

“Without us, there would be no balance, but don’t worry, sweet Silvia. I won’t spit in your face, sweetheart, because clearly, they sent you here as the butt of some joke and I feel sorry for you. Plus—” The slow grin that spread across his face had her heart skipping a beat and the muscles in her stomach tightening with anticipation. His gaze dropped to her lips, and she felt her mouth go dry. “I much rather share my saliva with you than have it roll down your face.”

Silvia gasped as he ever so lightly touched his lips against hers. What did he think he was doing? Once. Twice. She shouldn’t allow it, but she couldn’t move away. She was trapped between his arms, and damn, his lips felt so nice against hers. Hard and soft at the same time, they exerted just the perfect amount of pressure. Please. Again. Harder. They molded against her mouth, and she all but sank into the seat and his arms.

“Like that, sweetheart? There’s much more I’d love to share with you, Silvia. Forget the agency and do what your body has been begging you to since you walked into this bar and caught sight of me.”

His breath on her ear was like an unexpected ocean breeze. Her nipples hardened, and liquid rushed to her pussy.

“I can’t do that,” she managed to choke out. His cocky grin was all she needed to realize she’d spoken the wrong words. He caressed her arms and reached to take her hands in his.

“You can, and you want to, just like I do.” He placed her hands over his erection.

She tried to pull them away, but his hold on her was like an iron clasp.

“Do you feel that, Silvia? It’s my cock, begging for your mouth, weeping for your pussy.”

He moved her hand, forcing her to fondle him through his clothes. He was hard as nails under his trousers. Silvia clamped her lips together. Embarrassment made her cheeks burn, but at the same time, she couldn’t deny the desire coursing through her veins.

“I know you’re wet, Silvia. I can smell it. I can almost taste it.”

Her pussy throbbed. Sweat prickled the nape of her neck. Could she do it? Wait, how was she even considering this? Of course, she couldn’t. But he didn’t know that. Maybe if she got him out of here, he would be more agreeable to speak with. Clearly, with an empty bottle of tequila in front of him and another one of gin, now wasn’t the best time of day, though according to agency records, it was the only time of day they’d find him.

“You didn’t say you didn’t feel the same, you only said you couldn’t, sweetheart, and both of us know that you can. All you have to do is open those mile-long legs wide and let me slide my cock inside your pussy. Imagine it, love, imagine your body wrapped around mine as I pump into you, bringing you orgasm after orgasm.”

Daryl bucked his hips against her hands, vividly painting the image of them entwined together in her mind. Silvia closed her eyes and bit back a moan. Was it normal to want a stranger so badly? She moaned again as she felt Daryl’s lips brushing over her neck. He chuckled and licked the same spot. She shivered. Fuck, she was so screwed.

“Come on, Silvia, let me fulfill all your naughty fantasies. Let me show you paradise.”